Apple pie overnight oats are an easy way to meal prep for the pickiest of eaters! 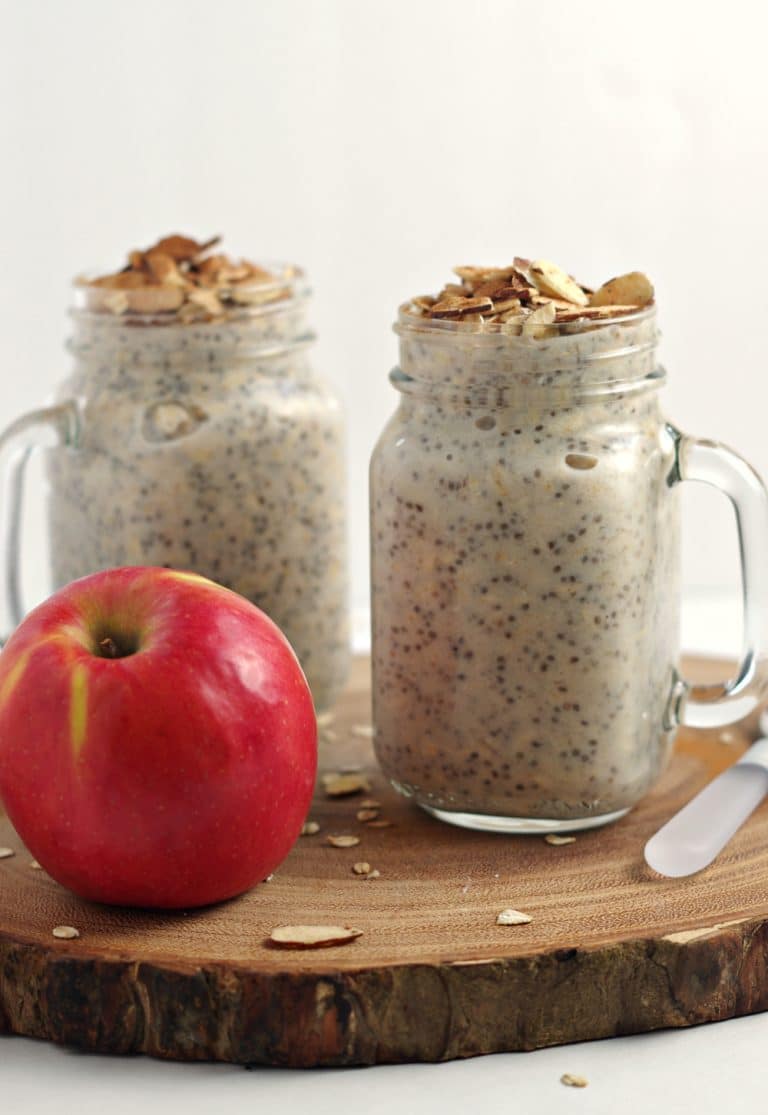 In a perfect world I would get out of bed an hour before the rest of house.  I would sip my cup of coffee in silence and in one sitting (without the need to reheat it a million times) and prepare a hot breakfast each morning, never eating the same thing two days in a row. My toddler would wake up at the same time each morning, lay still as I change his diaper and then eat up the entire breakfast I placed in front of him.  My husband would sit at the table until everyone finished eating and would then clean the dishes.  And, let’s not forget, I would wake up with make-up on and my hair done.

Mornings are dictated by my nearly 2-year-old.  Even if I wanted to wake up an hour before the rest of the house (which is just crazy when I could be sleeping), I would have no idea what time that would be since Octavian likes to wake up between 5:15-7:15 am.  Assuming 6 am is a safe bet, there is no way you will find me out of bed (by choice) at 5 am ever.  My sweet child rolls around like an alligator as I change his diaper and my husband is always back up in the office working before Octavian and I have finished breakfast. 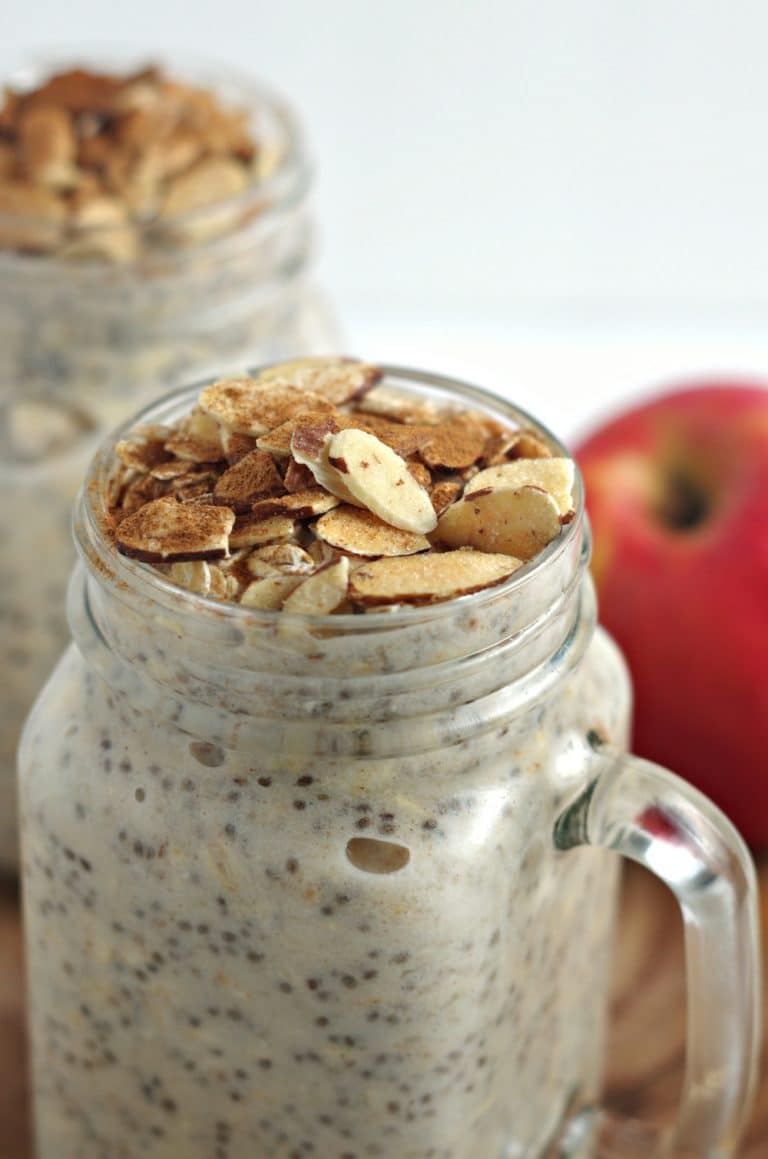 Deciding what to eat is also a challenge.  Sometimes Octavian wakes up with the appetite of a bear who just woke from hibernation and needs breakfast like two hours ago.  Between the pulling, whining and leg climbing, I feel successful if I get him a banana or bowl of yogurt; of course, getting him to think that’s what he wants to eat is a whole different story.  Other mornings, I have more time to prepare something a little more elaborate.  For me, this includes homemade waffles, pancakes, french toast or an omelet.  Waffle mornings are usually guaranteed to be good.  And who can forget those other mornings where I have an early appointment or by some miracle the kid oversleeps (probably because he was up all night) and now we’re running late and I have no time to feed my sleep-deprived zombie breakfast.

Then there’s the husband.  In my house, my husband is just as needy come mealtime as my toddler.  Actually, he’s usually worse.  As soon as my dear husband wakes up in the morning his head is already in work.  Sometimes he needs to leave early before I can get breakfast started, and other mornings he leaves a little later and can eat breakfast with Octavian.  But, no matter what the situation, I always get the same question, “so, what should I eat for breakfast…”.

With such little morning consistency, I finally decided to make some overnight oats.  I had my husband in mind when I mixed this together because he was leaving early the next morning before I would be out of bed (hopefully).  Since I had leftover homemade cinnamon apple sauce I knew I wanted to make apple pie overnight oats.  Cinnamon apple oatmeal has always been one of my favorites, and so I was super excited to split my oats with Octavian the next morning.

Not surprising, these overnight oats were a huge hit all around.  Easy to prepare, easy to eat, and easy to clean. And, a super healthy way to start the day!  What more could a mom ask for in the morning? 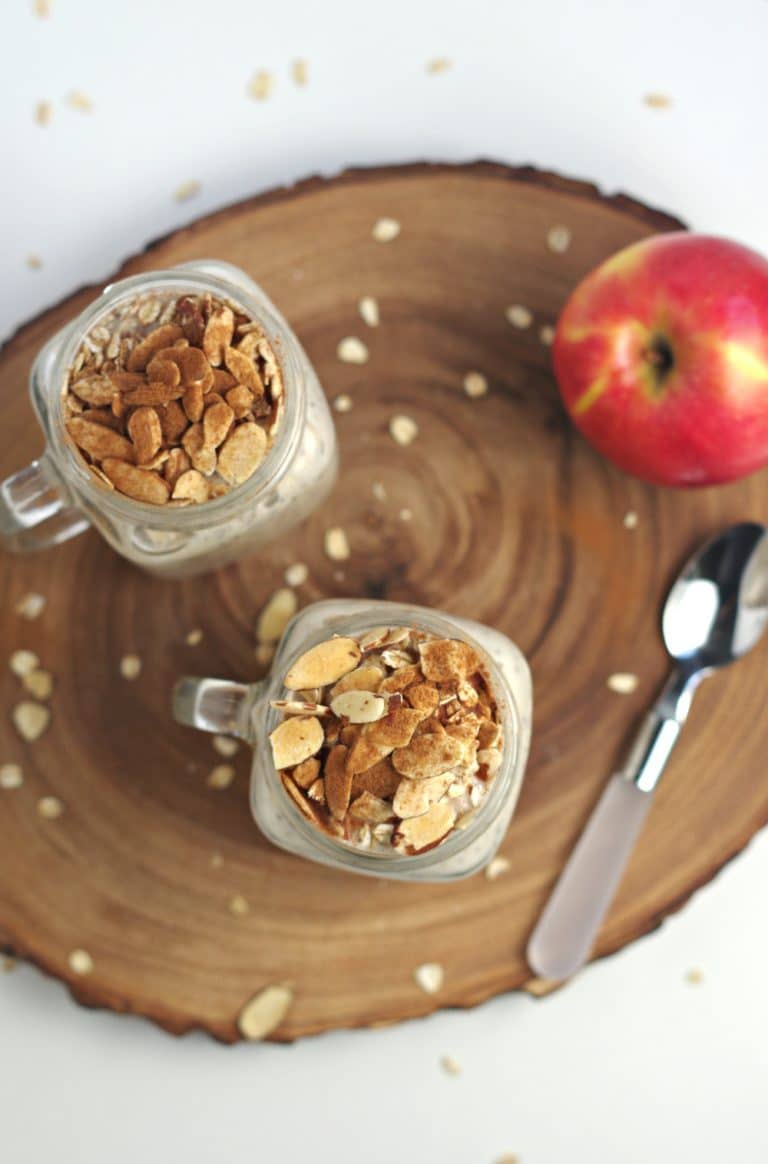 Keyword apple overnight oats
Did You Make This Recipe? Tag it Today!Mention @theforkedspoon or tag #theforkedspoon and please leave your star rating in the comment section below.
221 shares