Traditional Irish Bangers and Mash reinvented to be lighter, healthier, and just as tasty in this Irish Banger and Vegetable Skillet made with carrots, cauliflower, and cabbage.

In just a few short days it’s St.Patty’s day! Since I am Irish, I feel like it’s my duty to cook some delicious Irish food.

Well, at least my version of Irish food.

Now, normally, I would make corned beef and cabbage (and I will, in a few days), but today I wanted to make something I had never tried before. When I saw Irish Banger (sausages) at Trader Joe’s I jumped right on it. The husband and Octavian love sausage, LOVE sausage, so the decision was quite easy.

Traditionally from the British Isles, Bangers would be cooked with mashed potatoes and gravy and perhaps some fried onions and peas. While Bangers and Mash are not considered quintessentially Irish, it is a very popular Irish pub food, which is the same thing (kidding!).

Instead of the classic Irish Bangers and mash, I wanted to create something a little healthier (don’t forget, I’m making corned beef later in the week). I decided to make an Irish bangers and veggie skillet, instead. All you need is one skillet, sausages, a bunch of veggies and a couple apples if you’ve got ’em.

Healthy (mostly) and super easy clean up which is always a good thing!

You can always make a side of mashed potatoes to serve on the side if you want them or, if you’re more of a bread and butter person like me, you can always serve some of that, too. 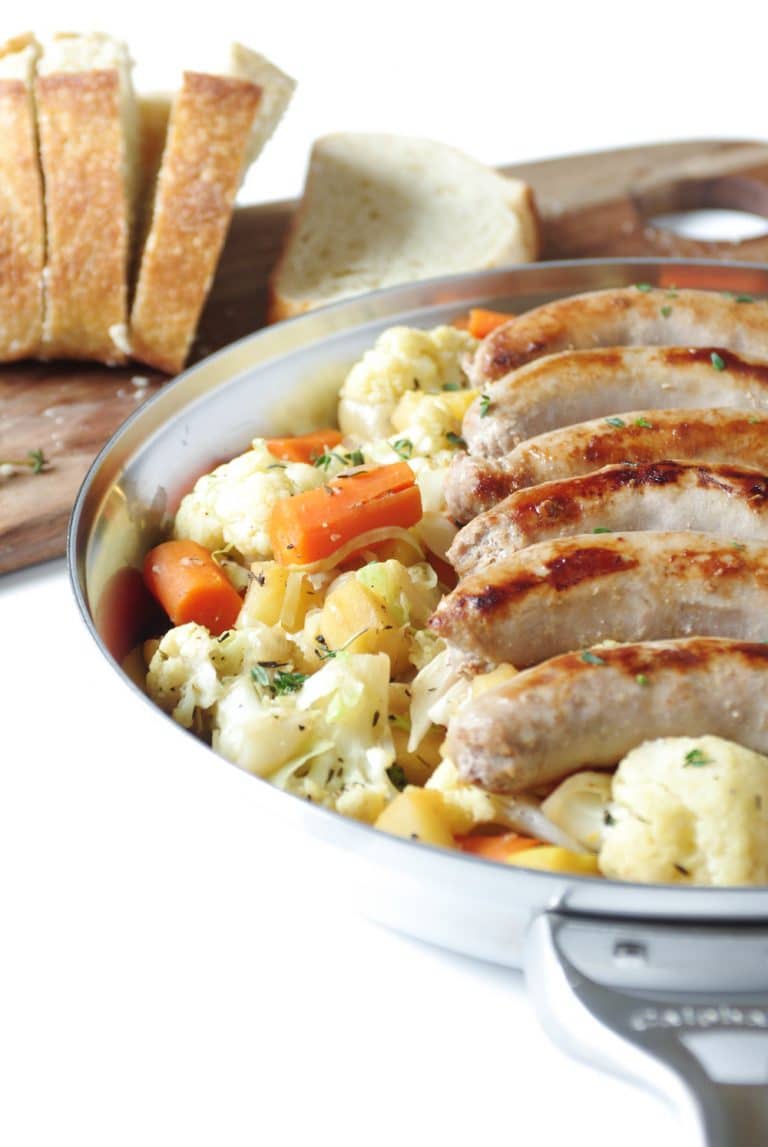 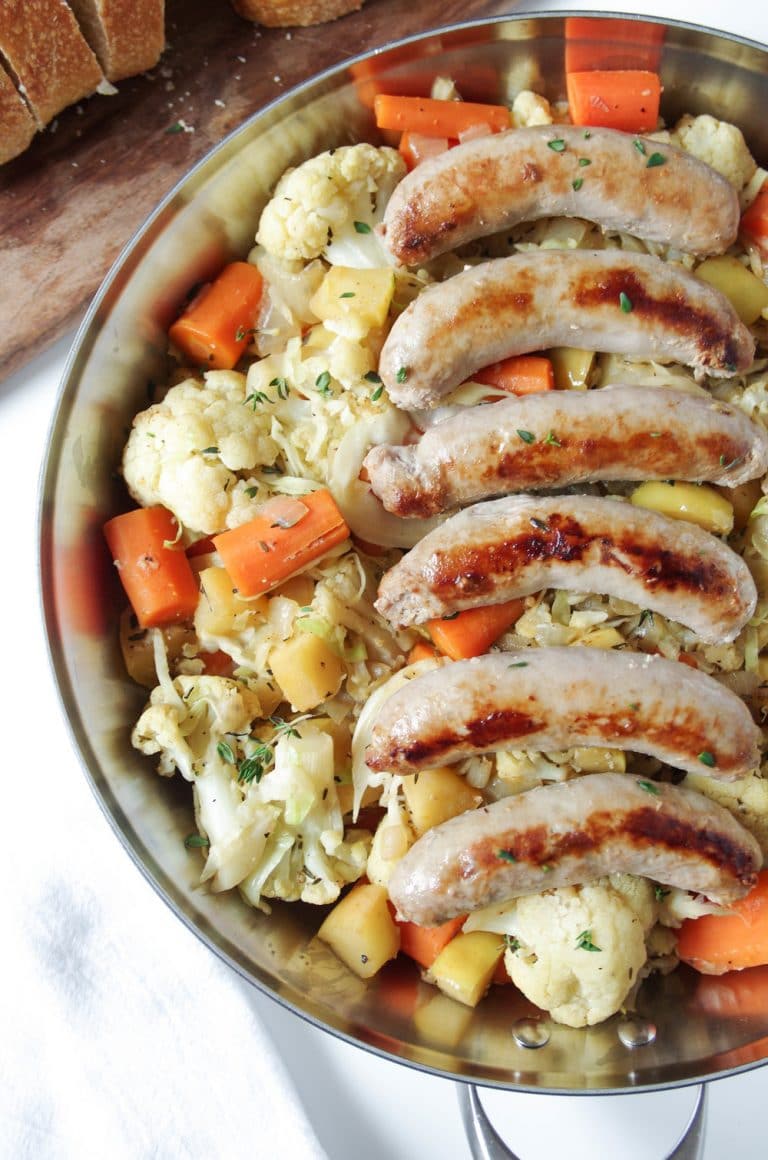 Food aside, anyone else struggling with the time change? Because I feel like I have been sent to the other side of the planet. I feel like I’ve lost my brain. An example you say? Ah well, since you asked…

I started bedtime at 7pm last night when I knew in my head and had planned that I would wait until 8pm. Yet, for whatever reason, I saw 7pm on the clock and I literally sprang into bedtime action.

It was taking my child so long to fall asleep (for obvious reasons I later learned) that, as I sat there having my eyeballs poked at “haha, Mama, I poke you!”, I wondered if he somehow got his hands on caffeine.

He did not, I just lost my mind.

Let’s hope it’s back today. The husband’s out of town for the night and I can’t show the puppy or toddler any weakness. 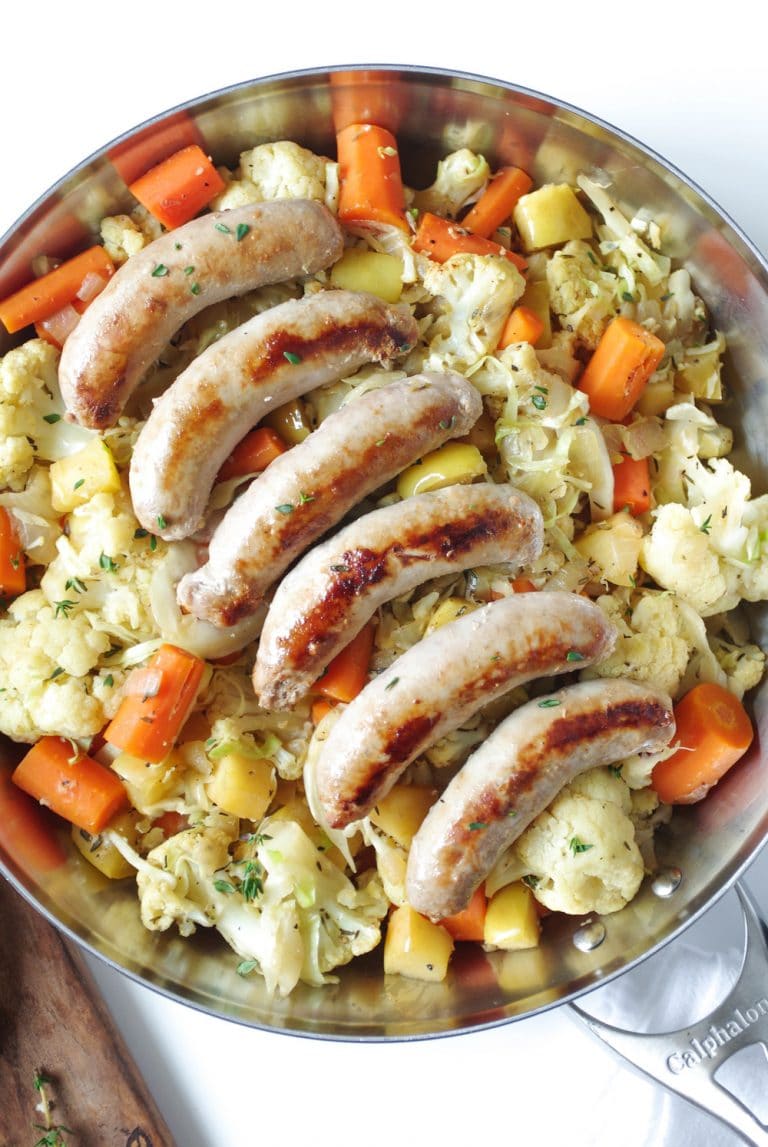 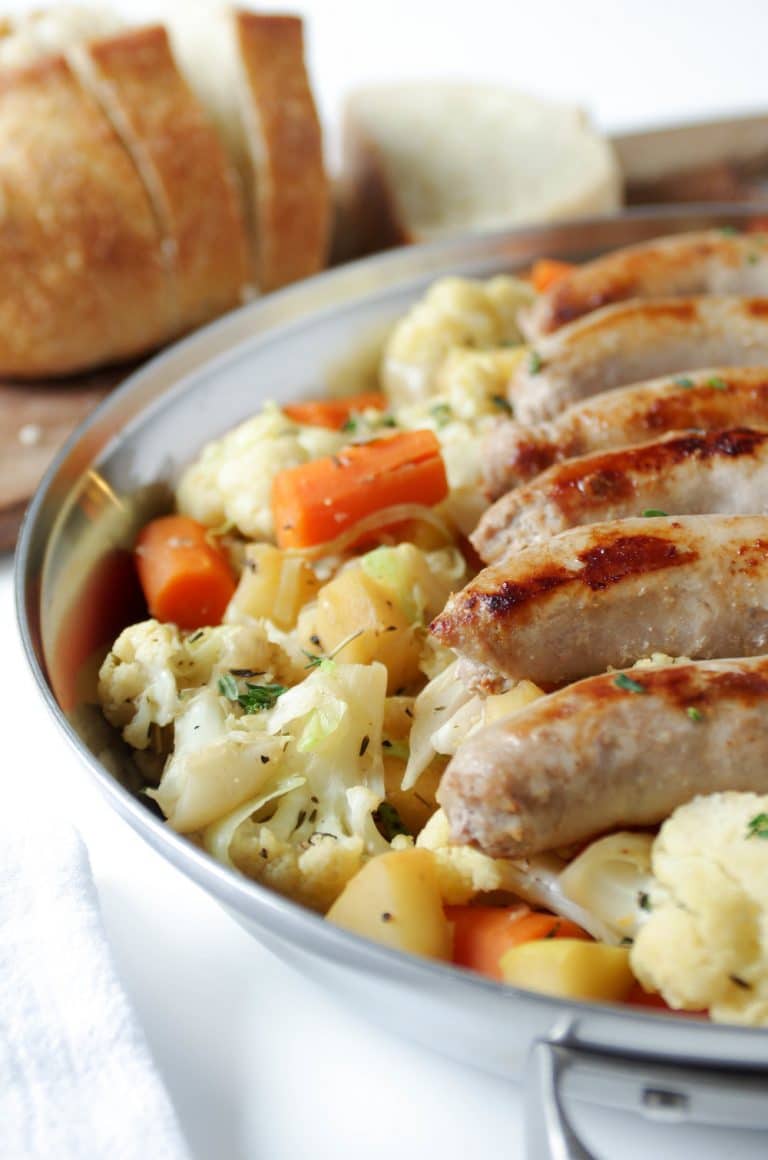 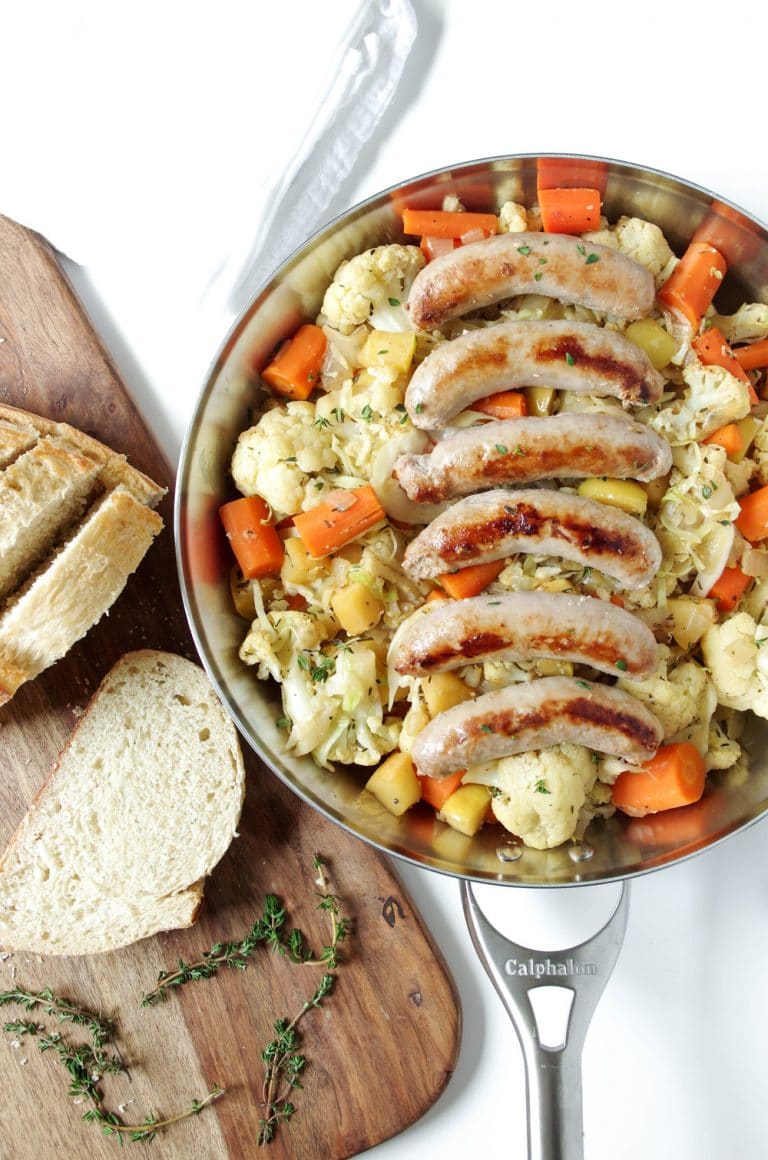