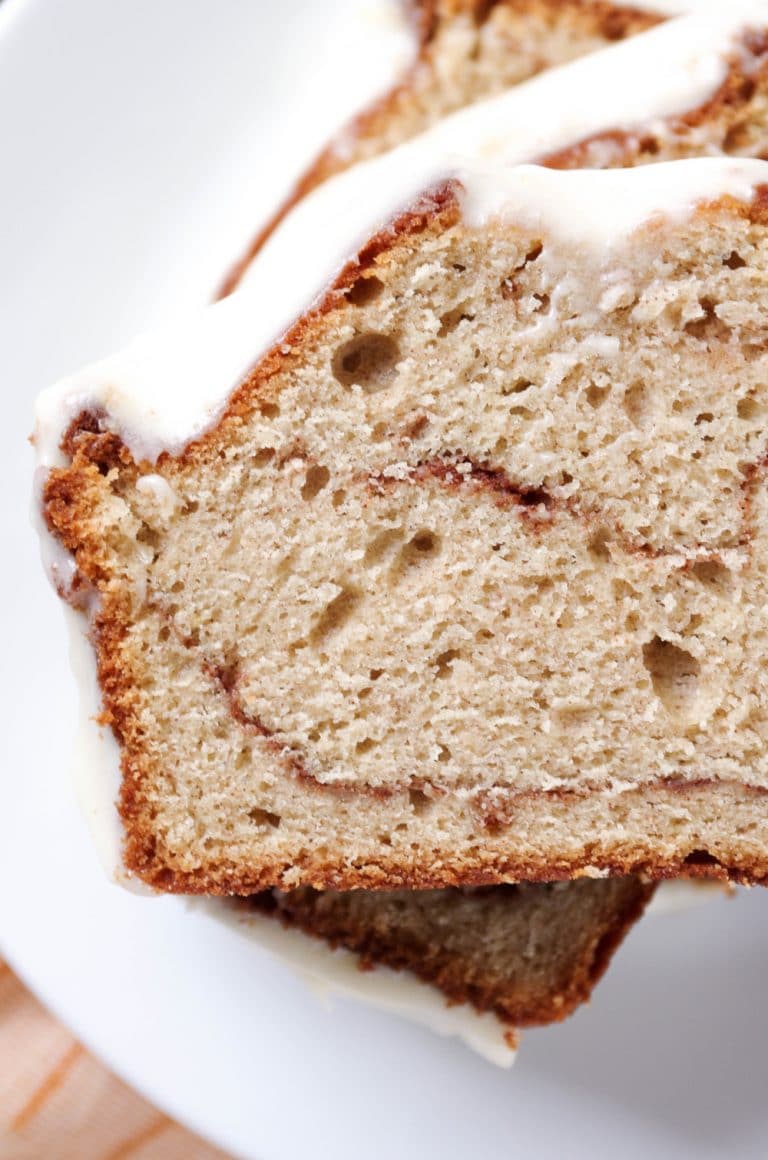 One of my biggest memories from middle school was coming home, popping open a tube of Pillsbury (or whatever was on sale) cinnamon rolls with my sister and eating all of them between the two of us (my brother got one if he was lucky). Strange memory, I know. Moral of the story? 1. Cinnamon rolls are delicious and 2. One of my favorite things in this world is eating junk food with my sister.

Now that I am old, however, it’s not often that I buy a tube of gooey cinnamon rolls; without my sister around I would just eat them all. But, some weeks I really need something extra sweet and special and last week I started thinking about cinnamon rolls.

So began the internal debate- to roll or not to roll?

Running to the market, picking up a tube of cinnamon rolls, popping them in the oven and eating just one is both way too easy and completely impossible. After running nearly 50 miles in 5 days, I would have told myself every excuse in the book just to keep eating them until they were gone. Besides, I probably would have picked up some ice cream too.

Yes, you guys, this is one reason why I run. I love to eat. Especially sweets.

So, no cinnamon rolls for me. I could make my own (healthier) cinnamon rolls, but I was far too lazy for all of that. Besides, with cinnamon rolls off the table, I started thinking about cake. You know, just my favorite thing in the whole entire world.

Then I realized, duh! I needed a Cinnamon Roll Loaf Cake with Cream Cheese Frosting (obviously).

The flavors of a cinnamon roll and the texture of a cake all rolled (haha rolled) into one amazing and totally awesome breakfast or dessert. My second favorite part about this cake is how EASY it is to make. Seriously, so easy. And actually way faster than going to the market to buy cinnamon rolls. My favorite part, though (aside from the obvious deliciousness), is that unlike legit cinnamon rolls, the loaf cake stays fresh and delicious in a sealed container for several days. I always feel that I have to eat cinnamon rolls right away (or maybe that was just one of the excuses?) Either way, no need to rush-eat this. In fact, you can even freeze the second loaf in a zip-lock bag and save it for your next cinnamon roll craving. 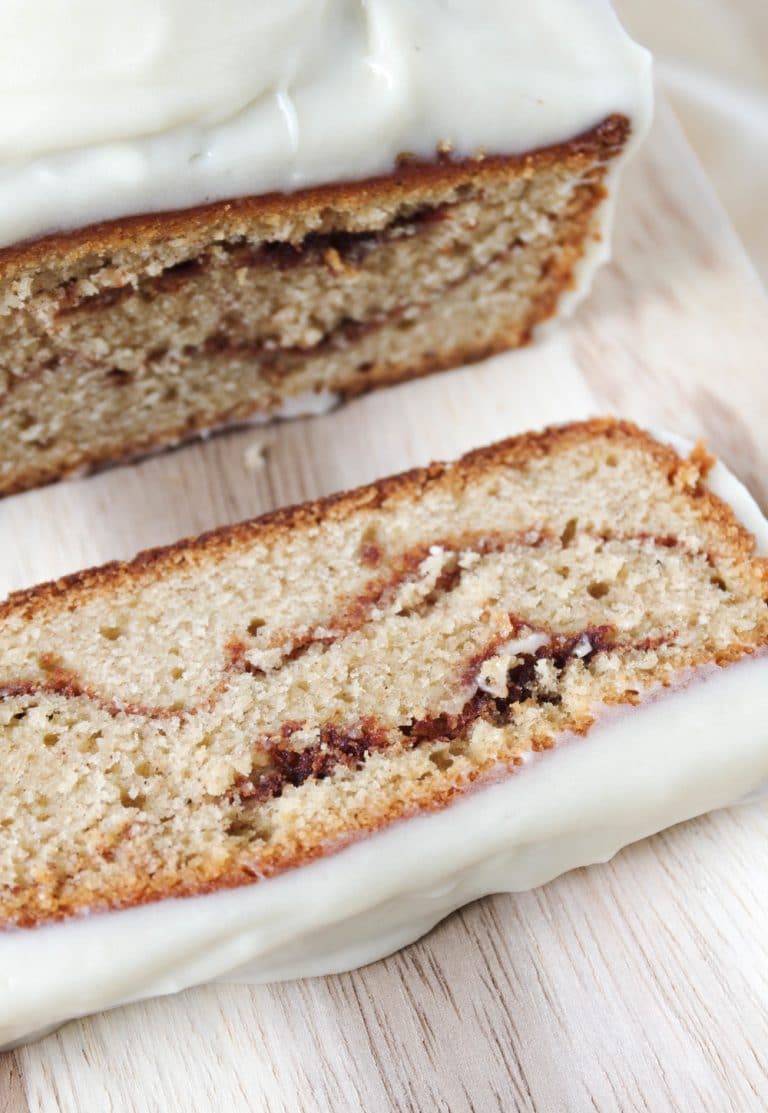 For the Cream Cheese Frosting: