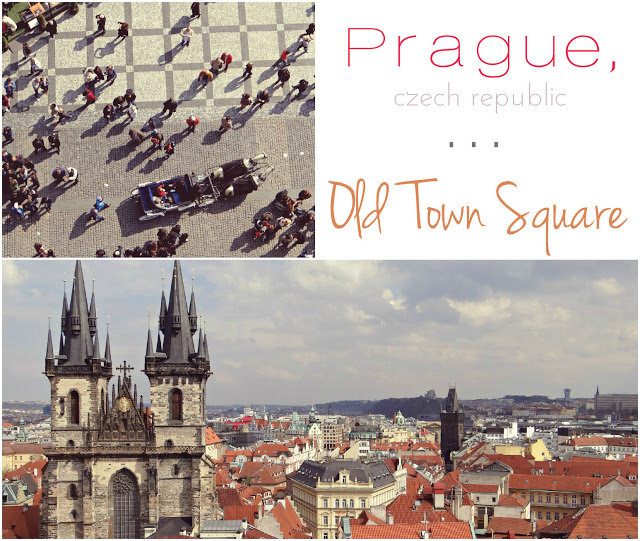 The Old Town Square of Prague was, quite literally, mind-blowing.
ok, not literally,
but this expression definitely suits this history-packed European city center.Like the bridge,
I also frequented this part of Prague often,
usually several times each day I was there.
I was not the only one,
the other tourists liked it too,
and I found that walking in this area was slow and difficult.
The thousands of other people, all around me,
did not take away much from this place, however,
and, I still can’t imagine a more beautiful place so rich with history.
(and, though I have not seen all of Europe, Prague is still my favorite)

Týn Church- work on this church started in the14th century in the late gothic style. By the beginning of the 15th century, work on this church was nearly complete- with only the towers, gables, and roof missing.  These missing pieces were completed by 1511.  In 1679, the church was hit by lightening.  The fire resulting from this strike heavily damaged the old vault and was later replaced by lower baroque vault.Astronomical clock- first installed in 1410, it is the third oldest astronomical clock in the world, and the oldest one still working.  I will be completely honest, I have no idea how it works.  However, based on the loads and loads of people gawking at it all day long, I assume it’s a pretty big deal. 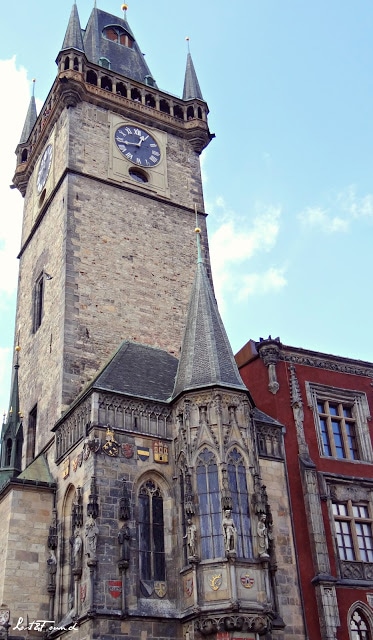 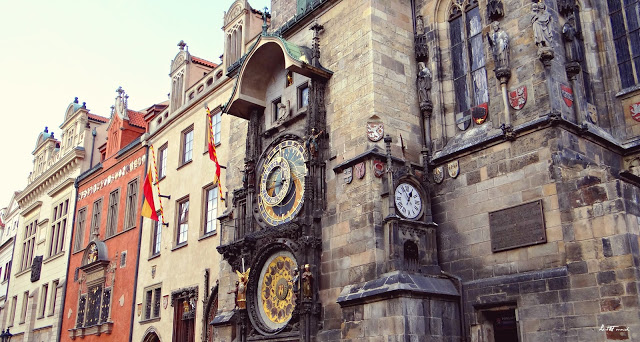 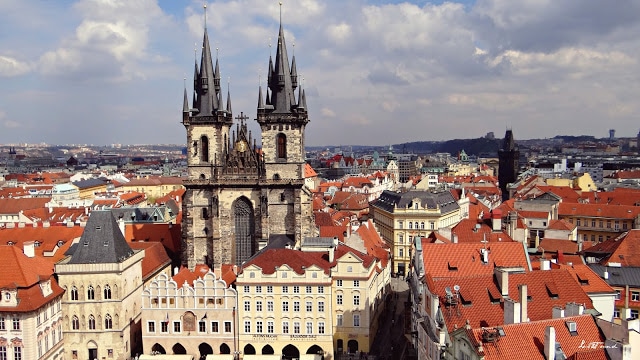 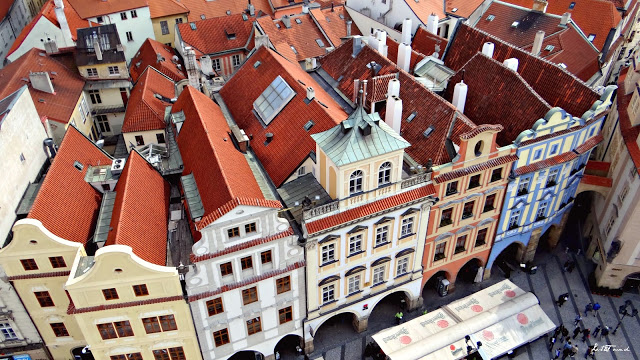 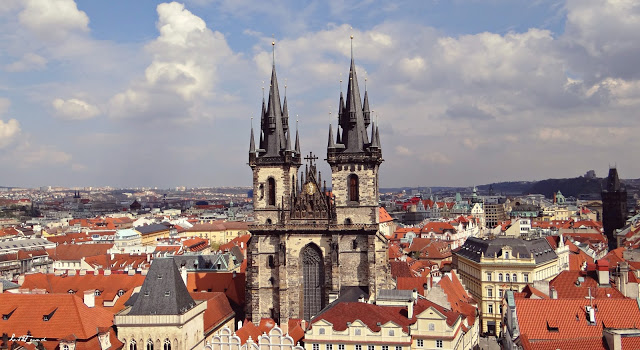 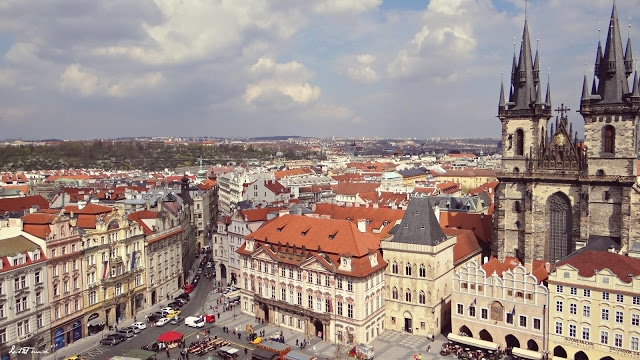 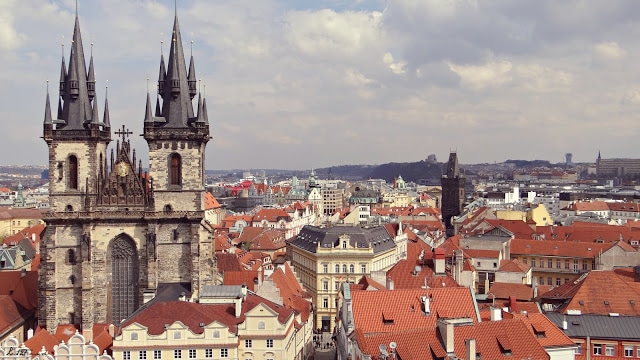 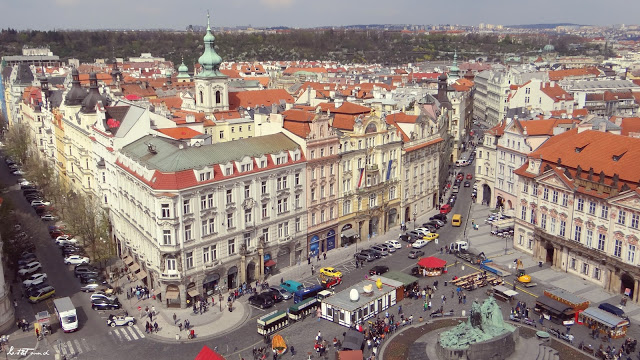 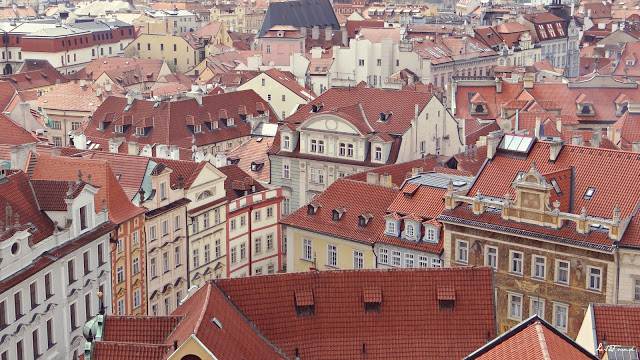 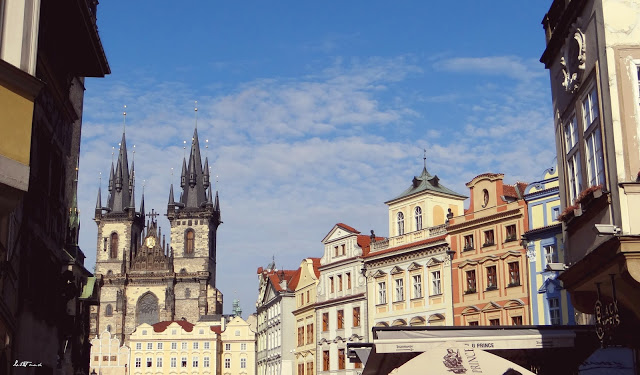 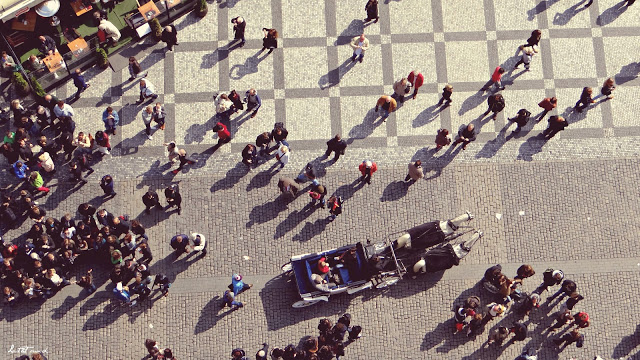 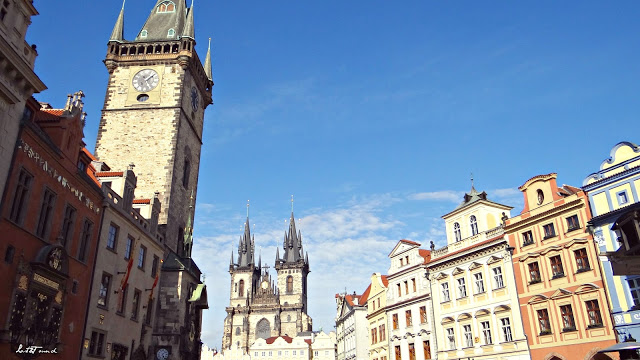 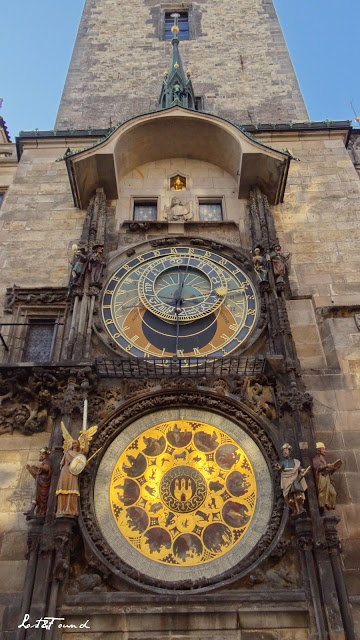 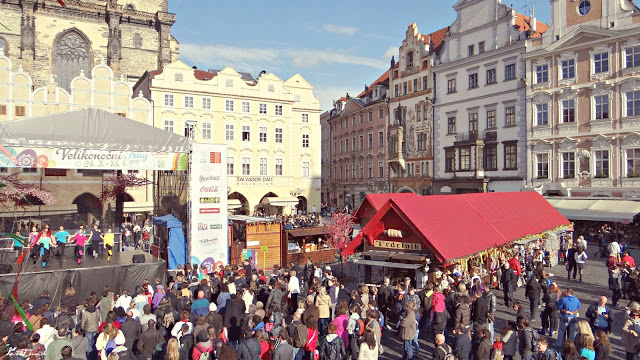 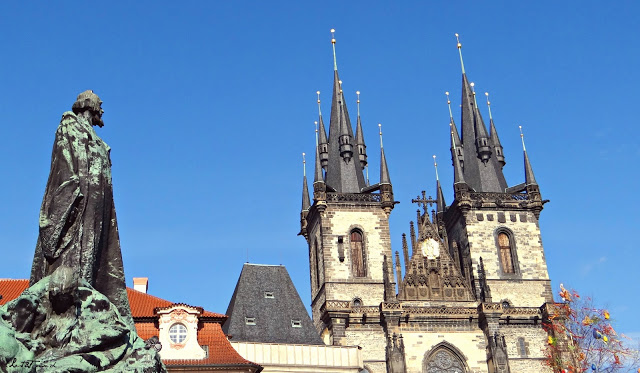 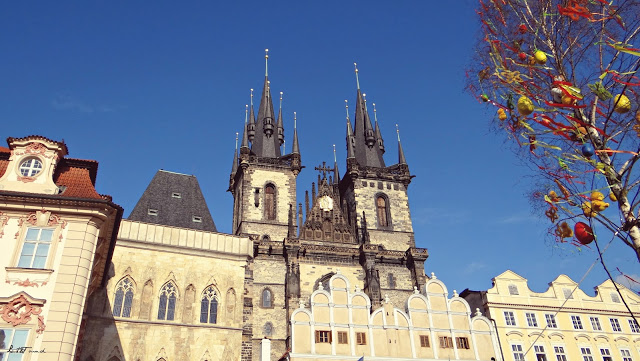 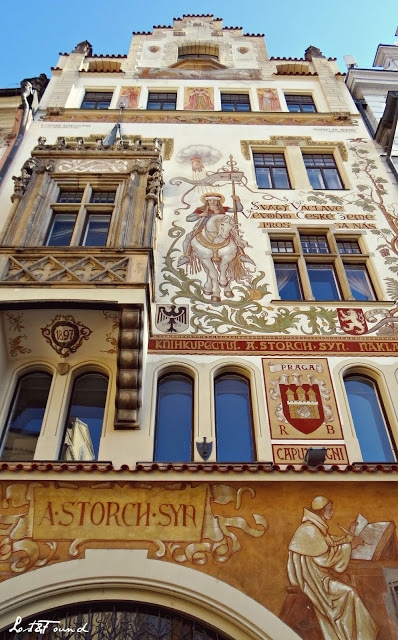 There is not one part of Prague I did not enjoy.
honestly, it was that amazing.