0 shares
Day 4: Jagat to Chame
For some crazy reason,
I was anxious to get to Chame.
Looking back, I have no idea why.
Maybe it’s because our book said there were more teahouse options,
and, in my mind, I hoped for something a little more luxurious.
wrong.
so wrong.
anyway, I’ve gotten ahead of myself…
The morning of the fourth day,
I woke up, and knew I was sick.
fever. headache. sore throat.
There was no longer any doubt in my mind that all of these symptoms were caused by the flu,
not allergies.
The fiance still hoped it was allergies,
especially since he started to experience similar symptoms, only not as severe.
Later that day, he finally admitted that had I really been sick,
he assumed I would have refused to go on.
men.
Miserable sickness aside,
the Earth that surrounded us started to change.
Less rice and less heat.
More evergreens and mountain views.
We were getting to the good stuff.
The trail started out relatively flat.
However, after a short tea break, the ascent started.
I hoped to make it to the top before stopping for another break,
but as soon as the f-bombs started,
the fiance made me stop and have a snack.
Smart man.
The climb was beautiful.
the views of the valley floor spectacular.
but, I was relieved when it was over. 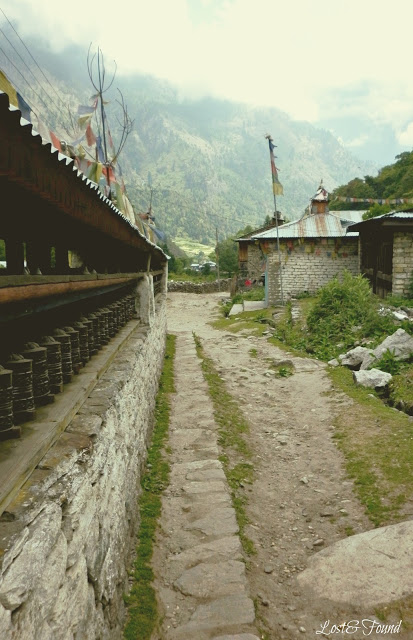 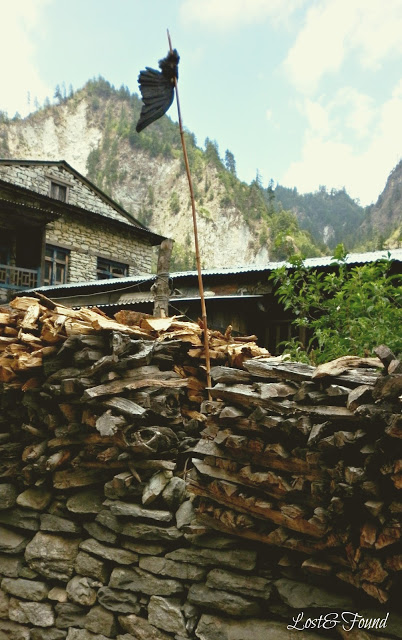 By lunch time, I was beyond exhausted,
and wanted nothing to do with food.
(you know something is wrong with me if I refuse to eat)
Somehow, the fiance managed to persuade me to eat a bowl of potato soup and half a chapati.
…he’s good like that.
While I rested inside the little dining area,
the fiance decided to purify water at the drinking fountain outside.
I watched from the window as an adorable village girl kept him company,
curious about his silly toy.
Nepalese children are some of the most beautiful I have ever seen.
Despite growing up in the poorest of conditions,
they love life. 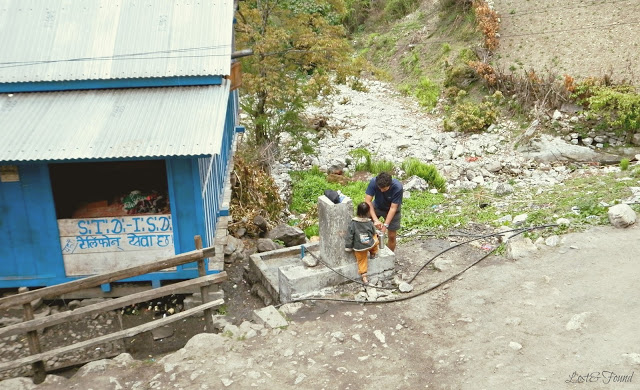 meanwhile, the tea-house’s son interrupted my rest
when he came and sat next to me at the table.
The next minute went something like this-
he told me I was beautiful.
I said, thank you.
the fiance returned from getting water.
and the boy asked him if he was my husband.
The fiance (then boyfriend) said, no. just friends.
thanks…not.

He asked the fiance to take his picture (see below).
he obliged.
then, the boy pulled up a chair next to me,
and tried to play footsy with me under the table.
innocent? probably.
creepy? most definitely.
I was happy to leave this little rest stop. 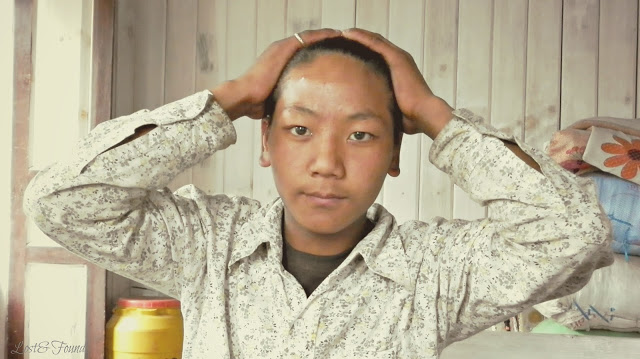 After lunch we came upon a beautiful village.
The air was cool and restless.
and the wheat swayed and danced in the wind.
A waterfall fell in the distance.
We were completely alone,
surrounded by nature.
I will never forget this very moment,
this exact location,
and the revelation that, on this Earth, I am nothing.
I walked away from that breeze, waterfall, and dancing wheat a little different-
a little more aware of my surroundings. 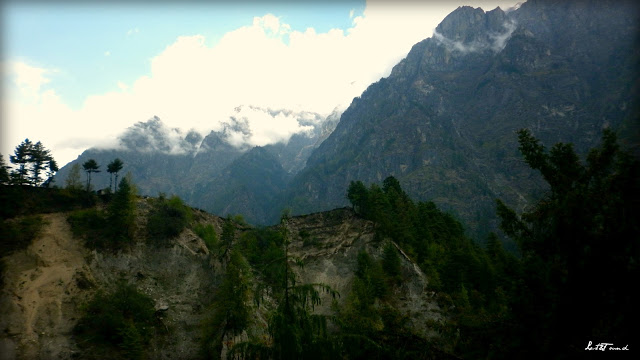 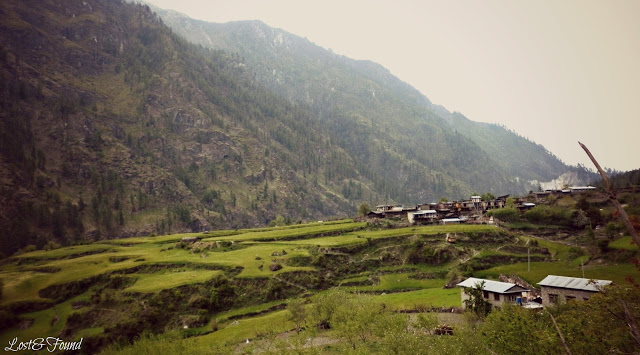 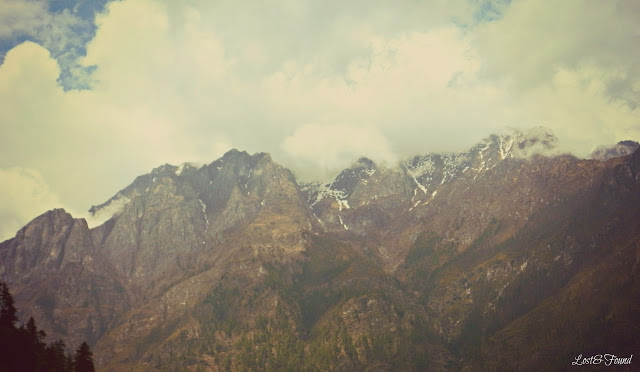 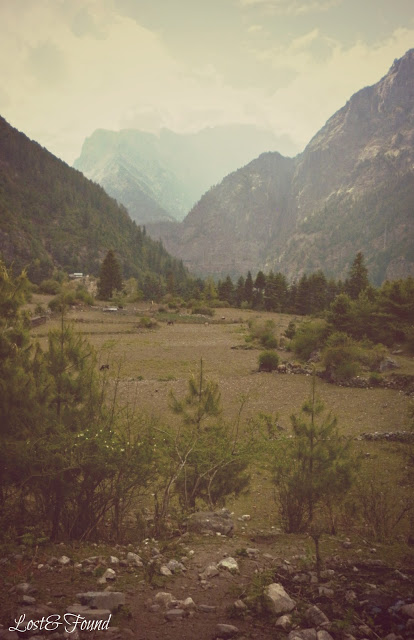 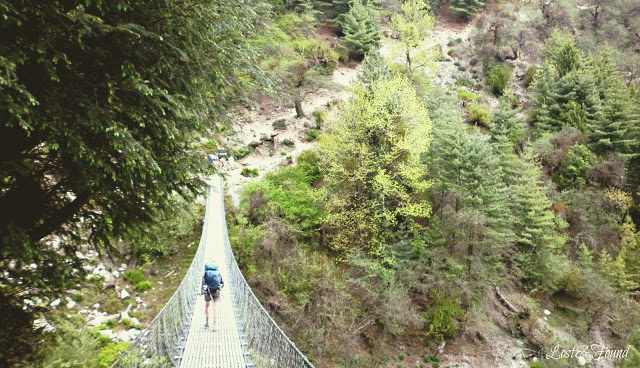 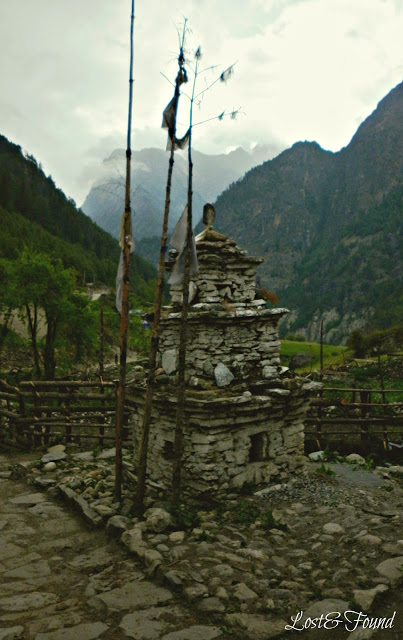 We trekked on,
drank more tea,
and finally, finally, reached Chame.
I was drained,
sick,
and in need of a bed.
We agreed to take a day off,
rest, and recover.
this one day of recovery turned into two. 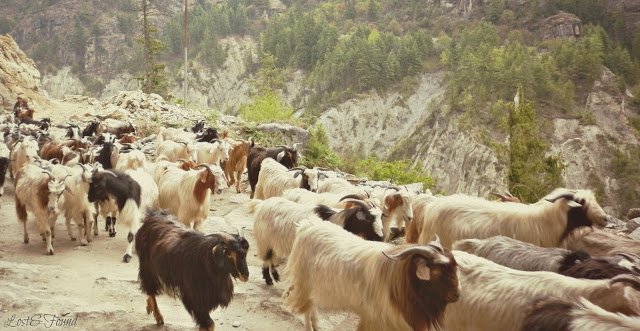 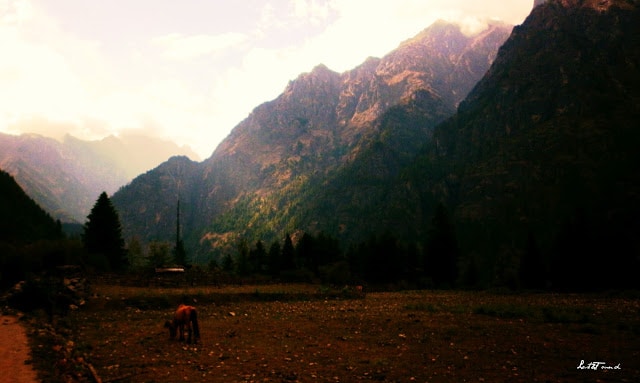 The fiance soon accepted that my symptoms were not allergies.
That I was actually sick,

I had it worse than him.
But, I am one lucky girl and was well taken care of.
The morning after we arrived in Chame,
the fiance hiked up to the local doctor,
and came back with cold medicine and ibuprofen.
He lovingly force fed me as I cried for my mom.

The flu was made worse by food poisoning that hit both of us the morning of the 5th day.
Again, I got it worse.

I ate little, cried, and slept nearly two entire days.
The fiance joined in on the party the second day.

On our second day in Chame,
I discovered that a food stand/shop/cart sold Pringles and Sprite.
finally something I could eat,
and so, I was saved.