Learn how to make Buffalo Chicken Taquitos with healthy cauliflower! 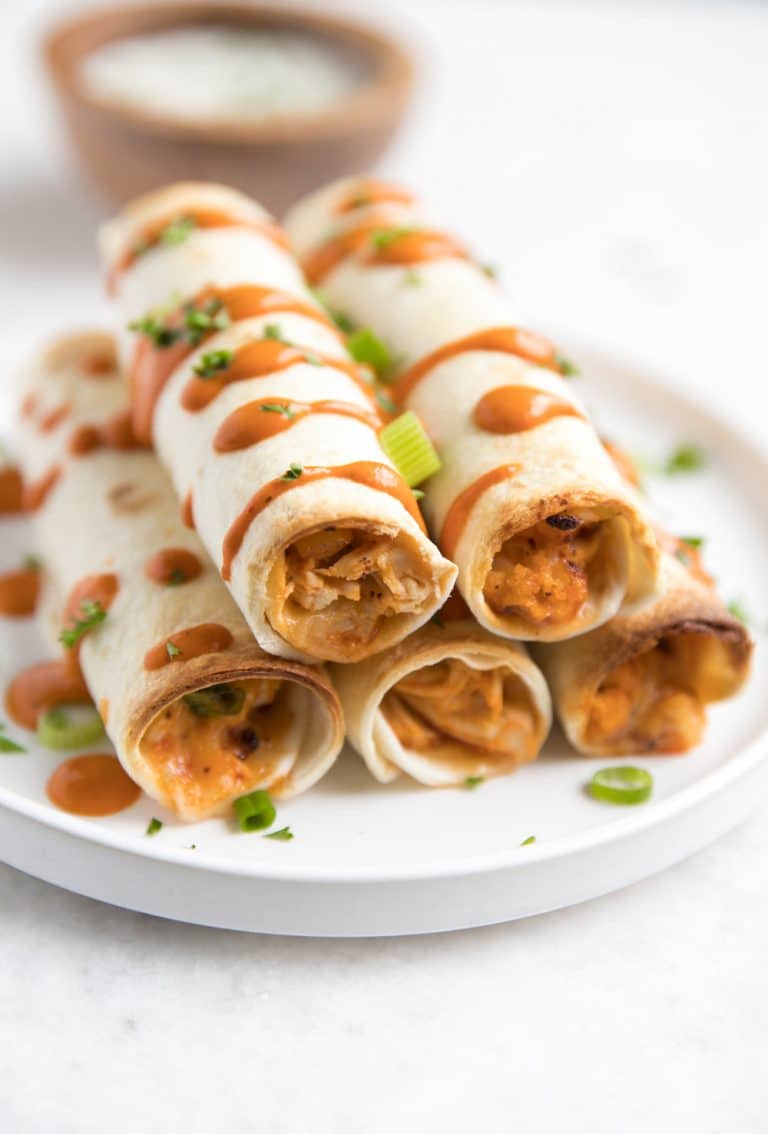 Lately, my 3 year old has been harmlessly discriminating strangers based on their age. We’ll be out running errands and he will point out tiny babies, bigger kiddos, or, most frequently, the elderly.

We’re walking, minding our own business, stopping to grab a carton of milk when, “Hey mama! Look (he points) at that old person!” Thankfully, my child has at least been pretty accurate with his age accusations and hasn’t been calling kids his age little babies.

Octavian woke up happy as can be; excited for the week. I, on the other hand, felt indifferent. Mondays feel much like every other day (the mom part of my life), but full of opportunity and fun things to create (the work part of my life). I tried to remain optimistic as I pried myself from the bed.

Then my toddler looked at me square in the eyes and said, “Mama, you look old. You are old.”

My jaw dropped open. I was, literally, speechless.

You guys, I’ve seen some of the people he’s called old- none of them were even remotely close to 30 years old. The people he’s call old are, clearly, old. Of course I didn’t take it personally. He’s 3. And if my memory serves me correctly (although, I’m old now so who knows) I seem to remember being particularly cruel to my mom as a kid.

One thing is certain, that was definitely not how I wanted to start my Monday. Good thing he’s so stinking adorable.

Anyway, the other day I found myself craving buffalo chicken anything. I wanted something that felt really really naughty, but wasn’t. Hmm…

Here’s the thing- tequitos can be not-so-healthy as they are often fried. I don’t like fried (unless we’re talking sweet potato fries), so I knew I would be baking these bad boys. I also wanted some kind of veggie in there somewhere. Sooo…

Cauliflower is the perfect vegetable. It’s the chameleon of vegetables. But, you’ll have no idea that cauliflower is even in there.

Not kidding, though, they’re that good. 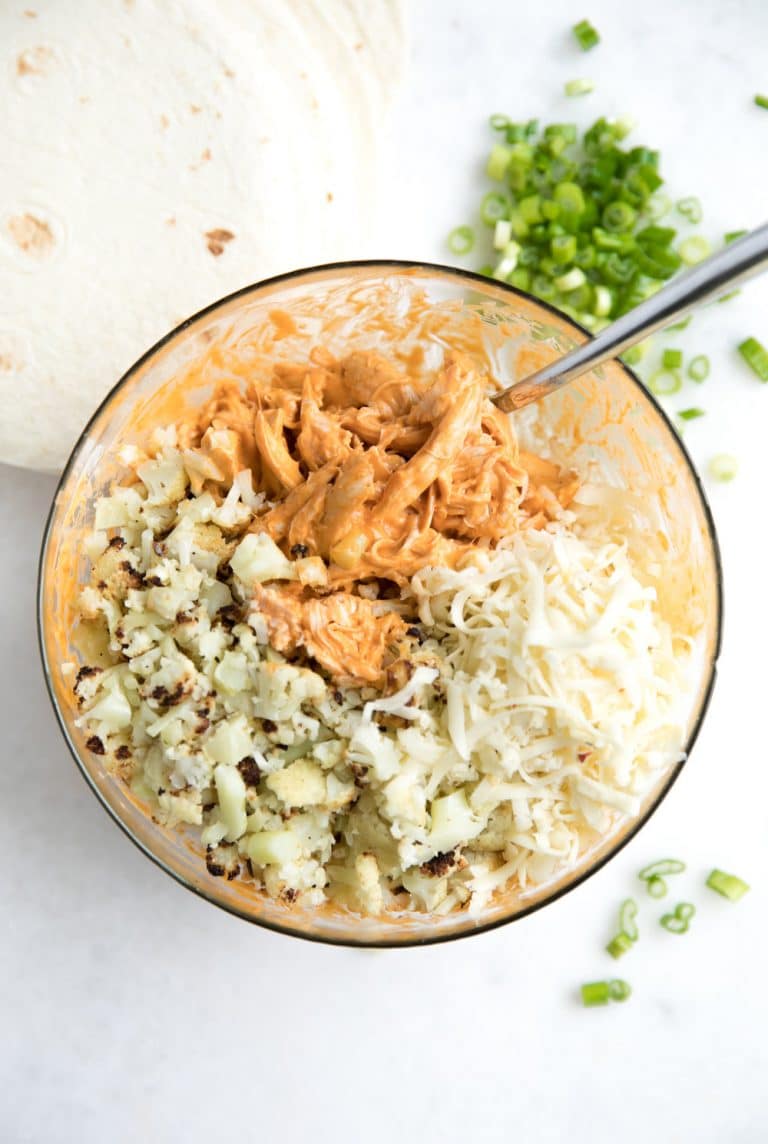 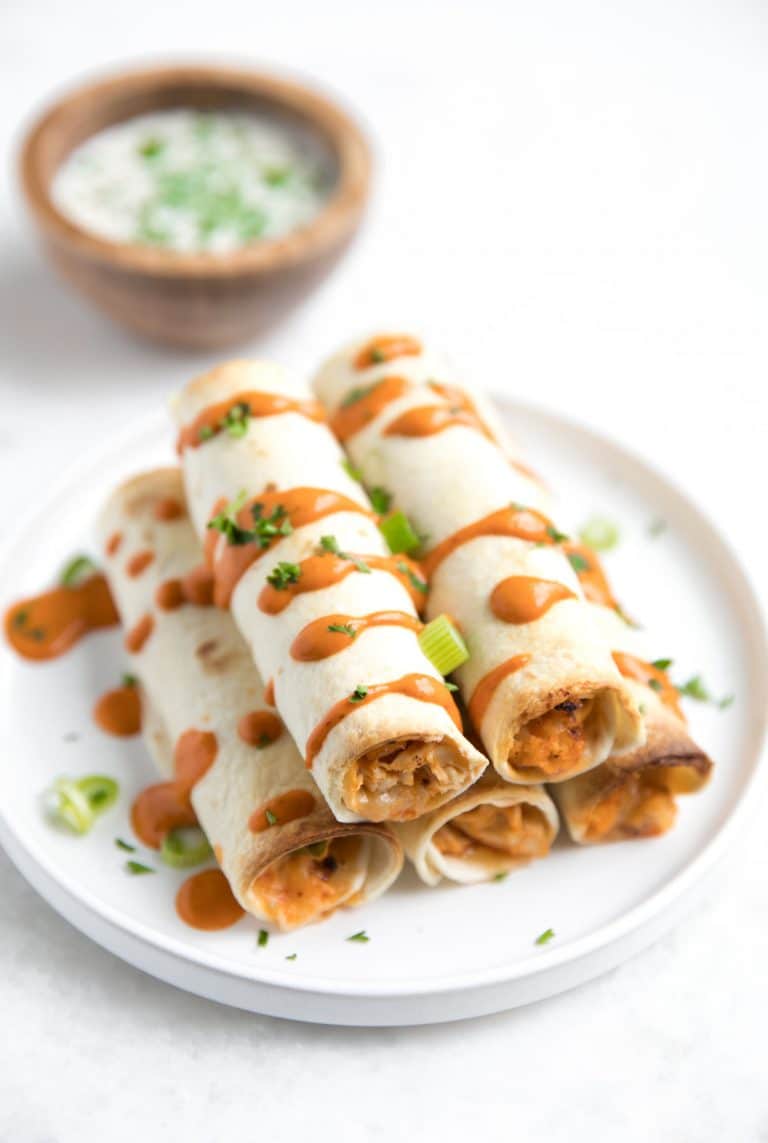 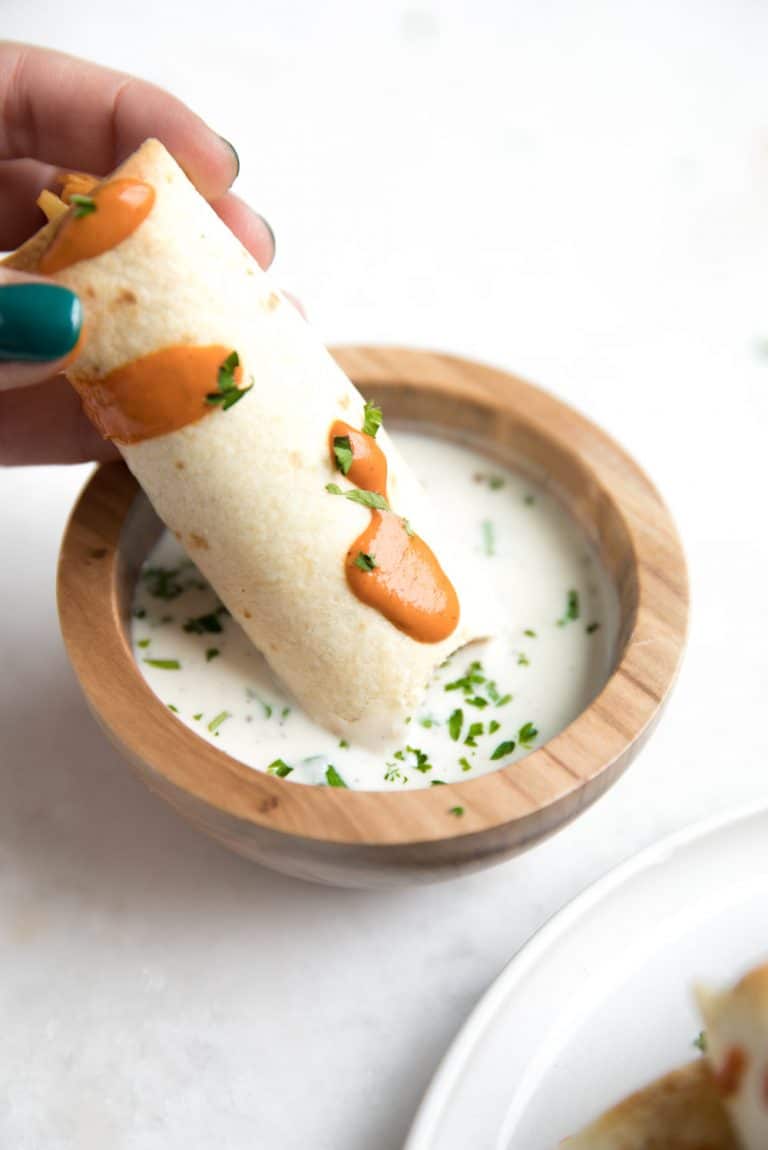 Keyword Buffalo Chicken Taquitos
Did You Make This Recipe? Tag it Today!Mention @theforkedspoon or tag #theforkedspoon and please leave your star rating in the comment section below.
427 shares