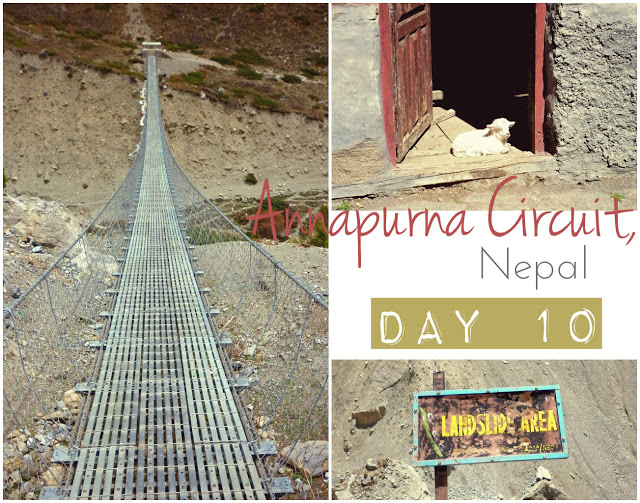 Manang to Yak Karga
Although we could have easily spent more time in Manang,
we left after two nights.
(a decision I now regret, and will not make again)
So, why did we leave?
It’s simple- I can’t handle rude people.
or people that try to cheat me out of my money.
anyway, i’ve gotten ahead of myself,
here’s the condensed story…
The problem was one of the gentlemen working at the guesthouse we were staying in.  When we arrived, we had asked to see a room (we would always scope out several places to stay before deciding).  Since the rooms were adequate (there was an attached bathroom with a hole in the ground), we decide to stay. We were both exhausted, and wanted to relax.
This nameless individual that showed us the room was working (aka doing absolutely nothing) inside the pastry shop attached to the hotel when we arrived.  After we told him we would take the room, he explained that there would be no rooms available the following night, and so we could only stay one day.  He also notified us that all meals had to be eaten at that hotel.
At this very moment, I couldn’t understand how such a large guesthouse could fill with visitors overnight. impossible. But, for me, the bigger issue was being forced to eat every meal there.  Although Manang isn’t bursting with options for fine dining, when it comes to food, I don’t like being told what to do, or eat.
But, we were tired. And so, we gave in. Our logic, at the time, was to buy several pastries for our breakfast and lunch the following day and take them with us on our little adventure to ice lake.  frowning, and looking very disturbed, this gentleman handed us the room key and resumed his business at the pastry shop.
After settling our things in the room, we heard a knock on the door.
It was him.
He had returned to inform us that the room was now available for the following night.
it made no sense
fastforward to the next morning-
the fiance and I headed down to the pastry shop to get our fuel for the day. The same man from the day before was there. in the exact same spot. doing the exact same thing.
nothing.
We picked out our pastries, and he calculated the total, 600-and-something rupees.  As he showed us the price, I thought to myself- this can’t be correct. It’s too much. But, it all happened too fast, I didn’t have time to calculate it exactly, so we left.  However, I did do the math in my head as we were walking away, and I realized he had over-charged,
by more than 200 rupees ($2)
I was steaming.
so, I went back. showed him the math on his little calculator thing, and got my money.
The following morning, the fiance and I planned to get our usual breakfast-
pastries and black tea.
When we got to the shop, this same guy explained that items from the bakery did not qualify as eating in the hotel and that if we wanted pastries for breakfast, we would also need to order from the restaurant.
you know, additional, unnecessary food, that we didn’t want.
It didn’t take long for the fiance and I to decide that it was time to leave this hotel, so we immediately settled the bill upstairs and were on our way.
Due to our experience with this one individual,
on top of already having to pack up our bags, we decided to just move on.
don’t worry, we did get our pastries-
next door. 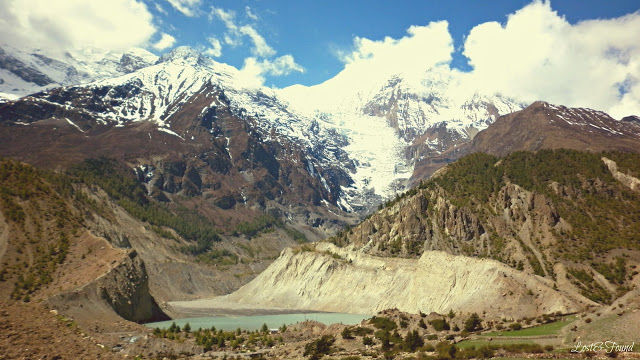 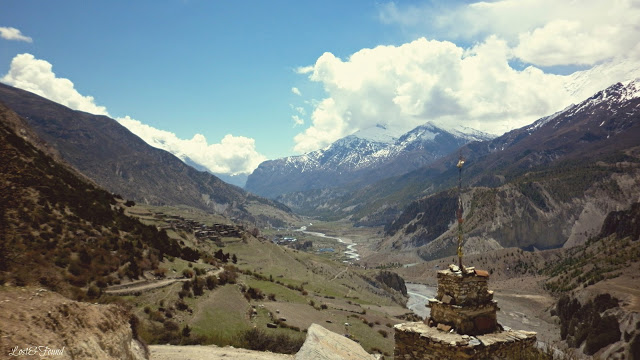 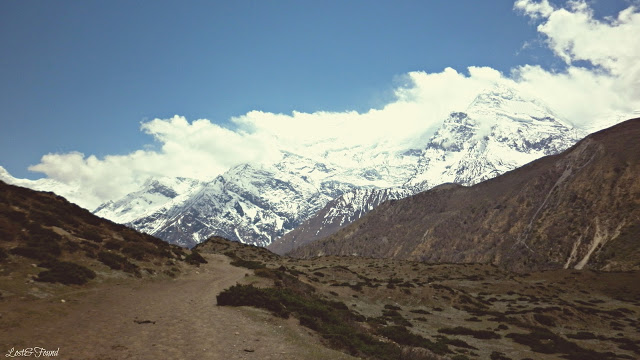 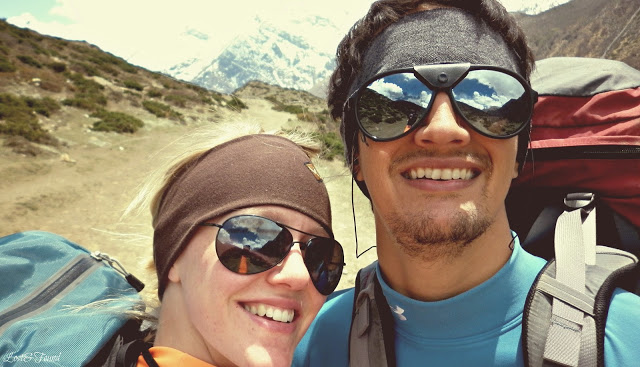 Most of the day’s ascent took place just as we left Manang.
I was exhausted,
and discovered quickly that my body was in no mood for anything physical.
Our bodies really could have used a couple more days rest,
but, we were on our way.
no turning back.
After a couple hours,
we came upon a charming little guesthouse with amazing views of Annapurna IV.
We stopped,
ordered tea,
sat at a little table,
and munched on some bread as we admired the views.
I loved this little spot so much,
I contemplated staying for the night.
why I was in such a rush, I can’t seem to remember.
next time, this will be different.
After several more hours, we reached Yak Karga.
We were lucky to find a great guest house with an attached toilet.
I was discovering that, the higher in altitude we climbed,
the more important this becomes.
(leaving the room, and walking to an outhouse outside in the middle of the night, with freezing temperatures is not ideal)
While sipping on my second black tea,
we met Michelle from Ohio.
we were instant friends.
She explained that due to food poisoning,
her group had to leave her behind with her porter*
and continue without her to the pass.
The night passed over tea, fried rice, and rounds of bull sh*t.
it was perfect.
Little did I know when I woke up that morning,
that I would meet such a beautiful soul
(because really, there is no other way to describe Michelle)
Sometimes, life offers the most unexpected, beautiful gifts.
I am lucky.

*porter- someone hired to carry equipment and bags on mountainous treks (i’m sure there is a better definition, but i’m too lazy to look it up)

Also, I would like to note-
if it appears I overreacted to the individual mis-calculating $2, I assure you, I was not.  Under normal circumstances, I would have let it pass, especially in such a poor area.  However, this particular person was unkind and dishonest. I did not trust him, nor did he make me feel safe in his presence.  In all reality, he scared me a little.

please find past posts on Annapurna under the tab: travels
0 shares