Bamberg is also known for a small stretch of fishermen’s houses along side the river Regnitz
known as Klein-Venedig, or “little italy”.
My favorite house was the red and brown with hearts on the shutters (below).
Most of my thoughts as I admired these houses were,
1. how much does one cost, and,
2. I would not want to deal with the upkeep-
after all, thousands of tourists take pictures of their homes every single day. 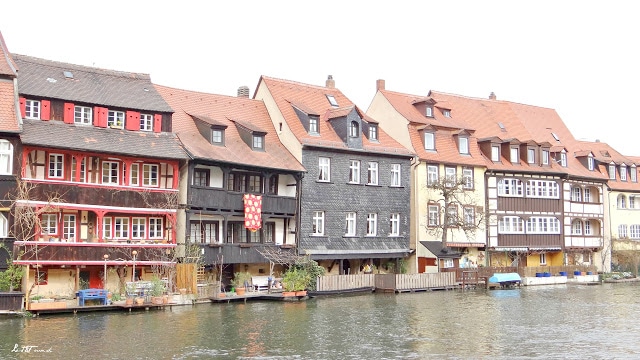 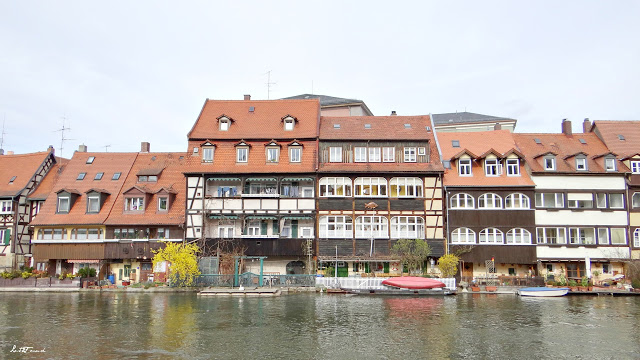 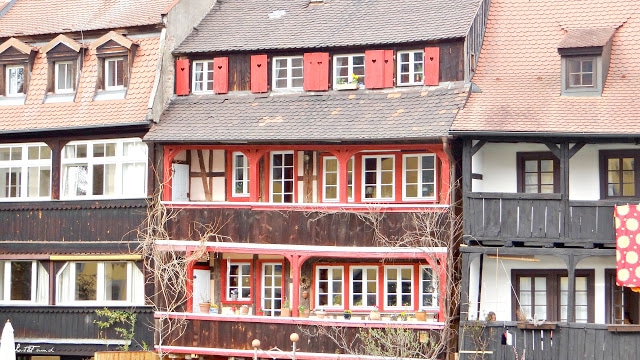 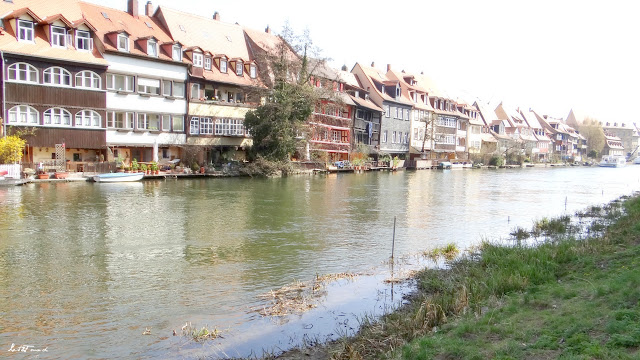 This was my favorite part of the entire trip.
I arrived in Bamberg, was handed a map, and started to explore.
Since I am clueless when it comes to reading a map,
I threw it in my bag,
and started walking with the hope I would end up at the good stuff.
From a distance, I could see Atenburg Castle, but I had no idea how to get there.
And, tourist buses are not my thing.
I had a few hours before my train was scheduled to leave,
and I accepted that I probably wouldn’t make it to this castle
(where I was mostly interested in the views).
Thankfully, I saw a very small sign with an arrow saying “Atenburg Castle”.
I was still very far away,
and the streets are a bit of a puzzle to navigate,
but, I took my chances with my lack of German,
and asked a local man the way to Atenburg Castle.
He pointed,
told me to turn right, and right again
(more with hand signals then words).
Despite being directionally (word?) challenged,
I made it.
And, the views?
So worth it. 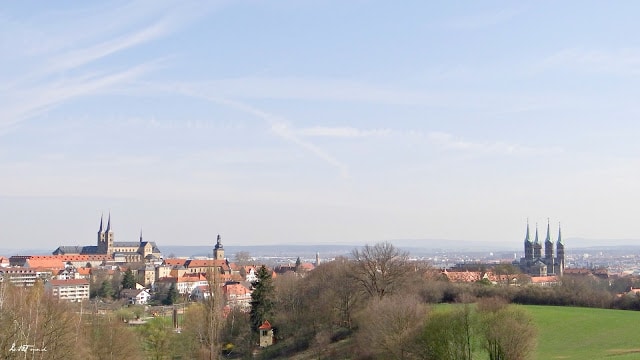 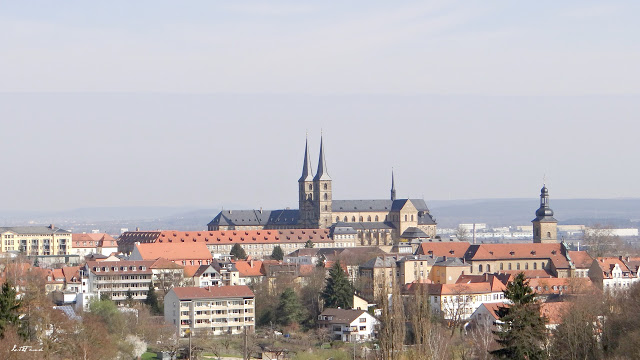 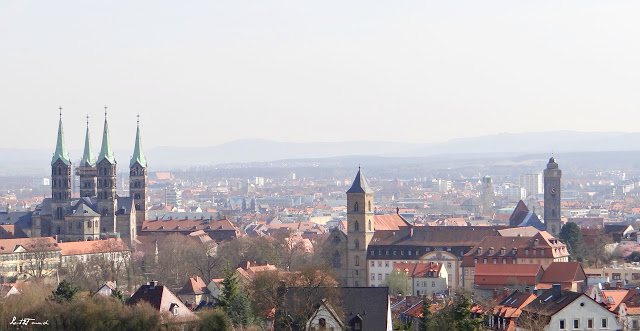 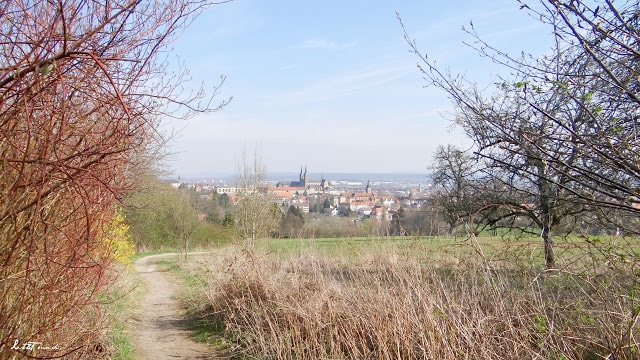 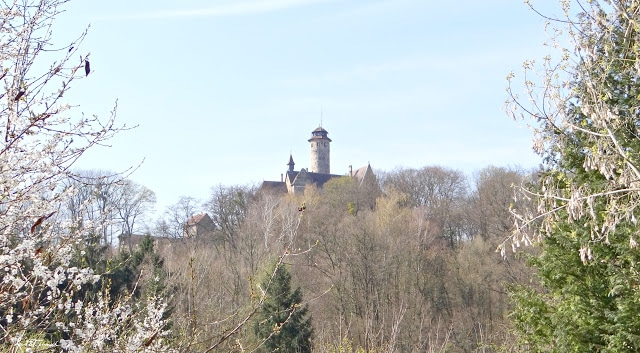 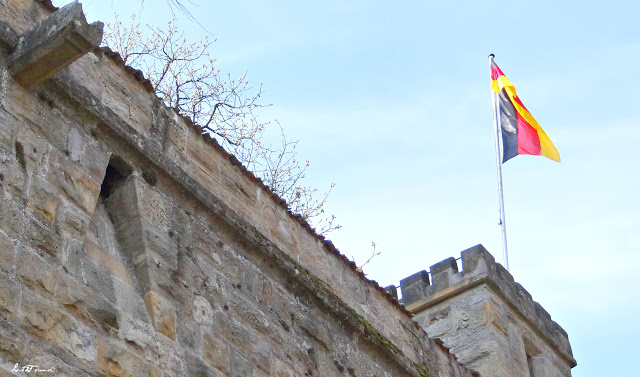 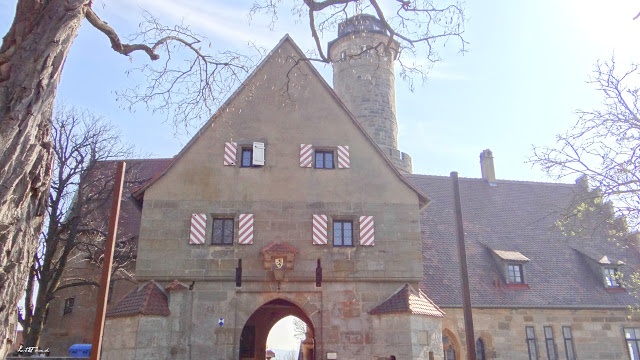 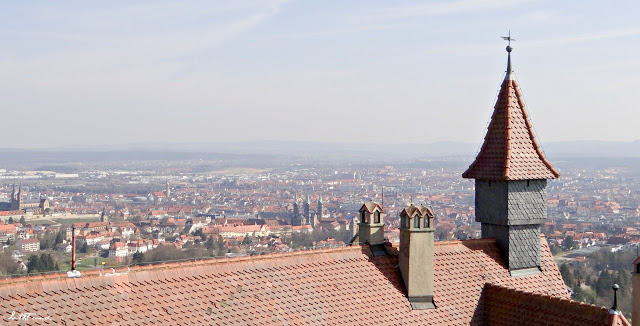 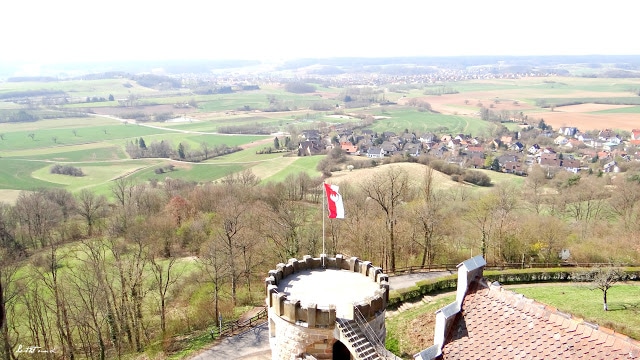 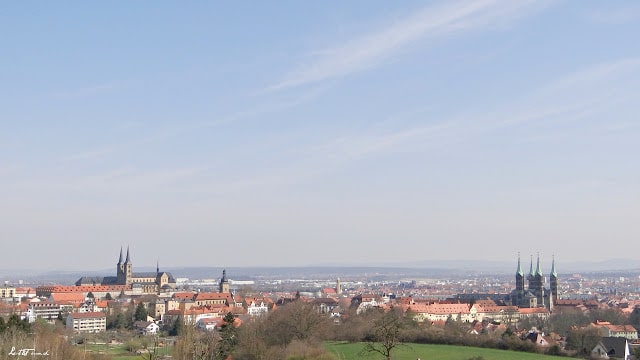 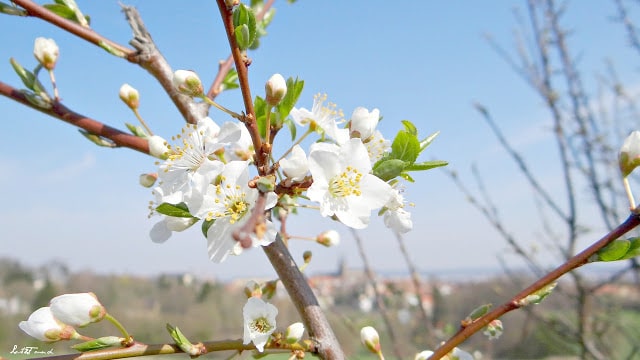