This is my final post on Bamberg.
I would apologize for the many many photos,
but, i’m saving that for when it comes time to post about Prague.
I may have taken 1000 photos in three days.

Michealsburg Abbey was built in the late 12th century,
and can be seen from almost anywhere in Bamberg.
I hiked up to this massive structure a few times-
the views overlooking the city were pretty incredible. 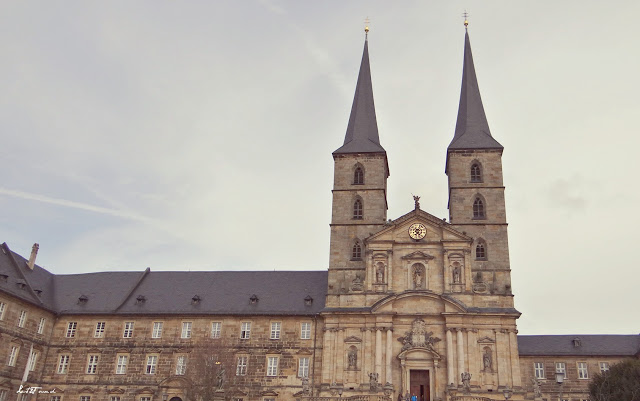 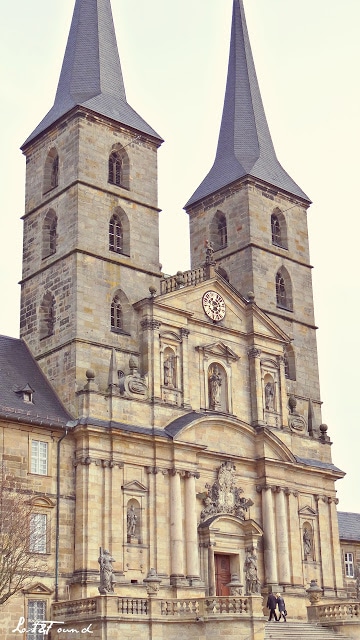 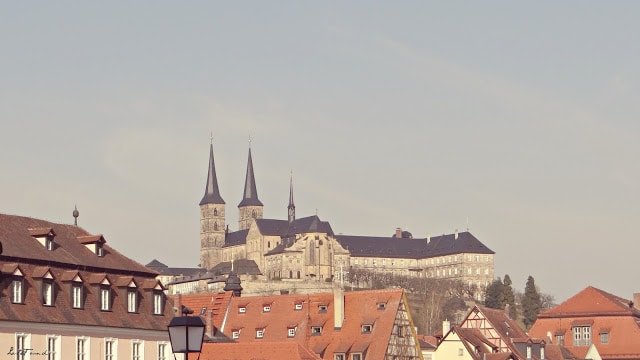 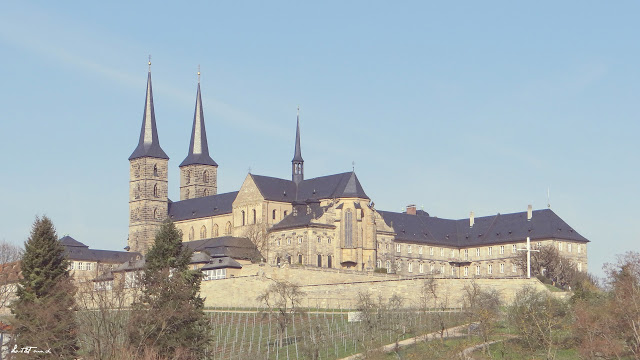 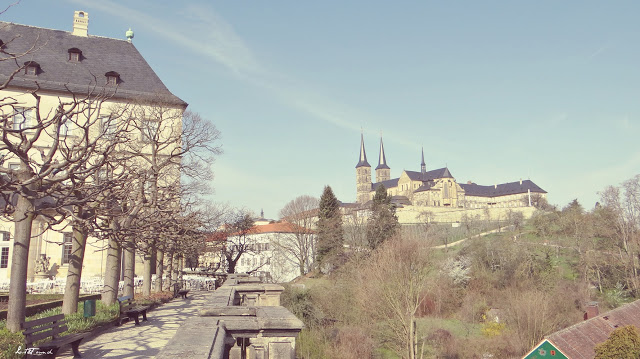 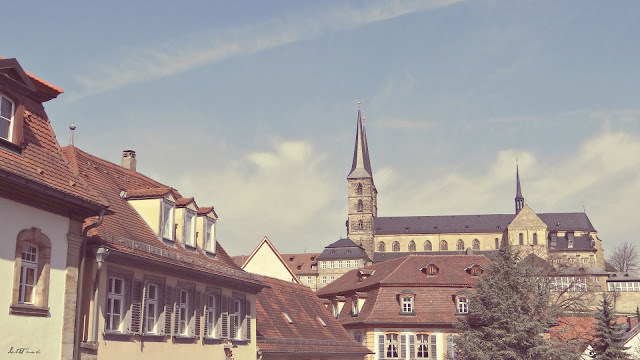 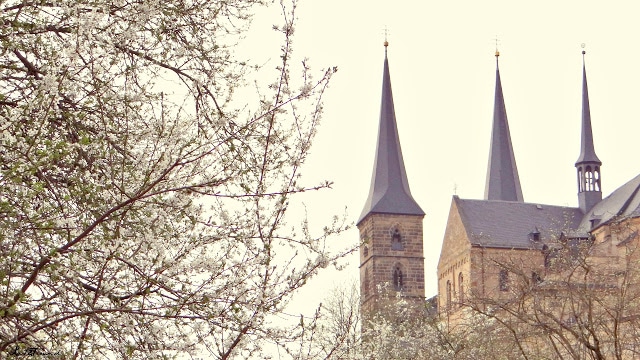 And finally, the cathedral.
Founded in 1004, this cathedral holds the tombs of Henry II and Pope Clement II.
I did not go inside,
mostly because I couldn’t figure out where the entrance was,
and also because I am usually more interested in the outside of a structure than the inside. 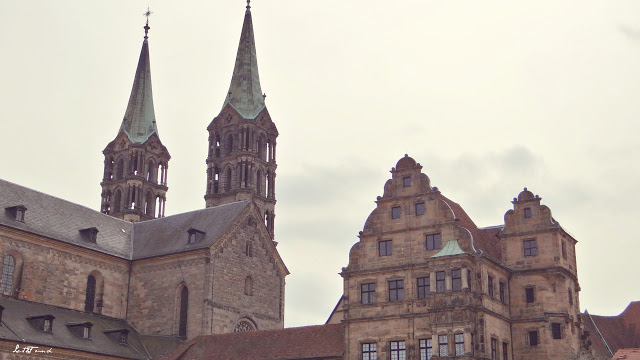 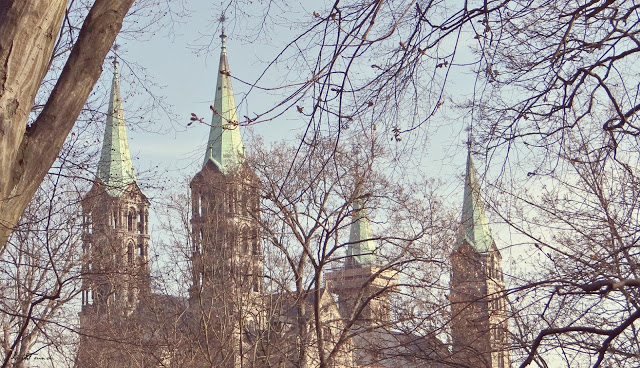 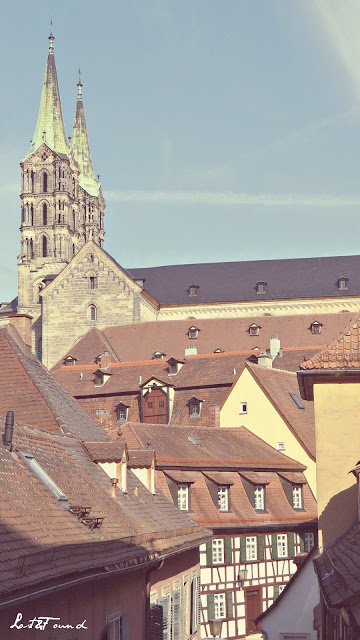 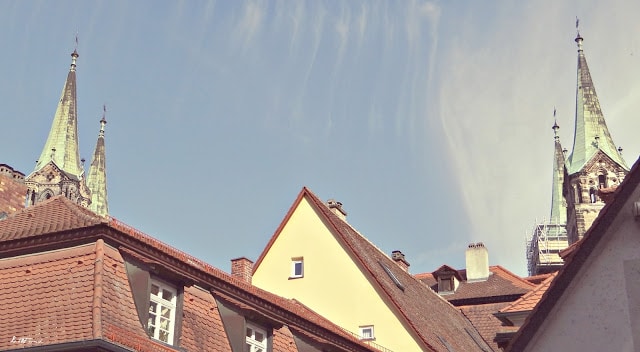 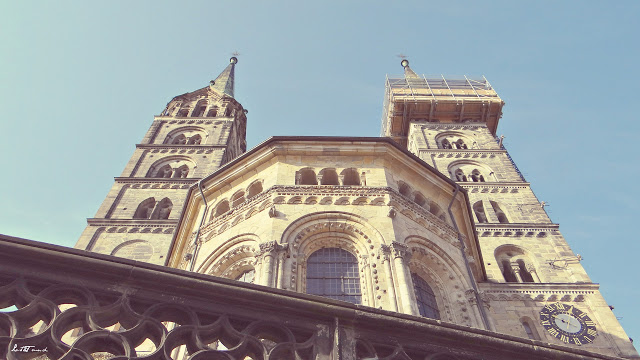 —
The favorite part about Bamberg was all the old Medieval buildings and the hike up to Atenberg Castle.
Also, their famous beer,
known as Rauchbier,
or, smoked beer.
It tasted a little like bacon.
delicious. 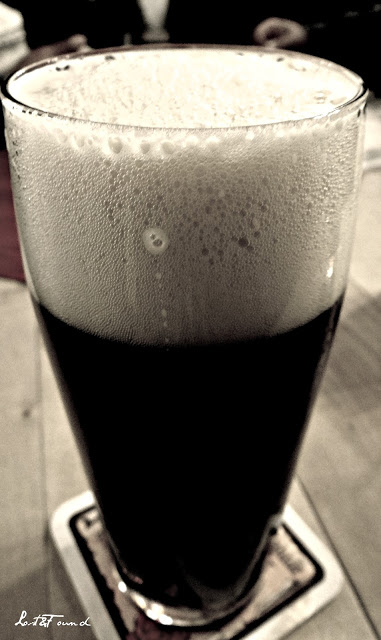 I also had my first real hostel experience in Bamberg,
and let me tell you, I am not a fan-
at least of this particular hostel.
I learned quickly that I need to invest in a pair of good ear plugs.
If you are interested in visiting this charming little city,
it is just a 2-3 hour train ride north of Munich.