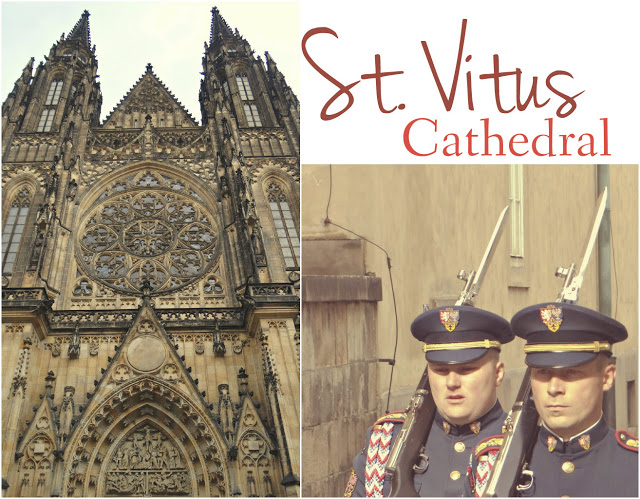 It was easy to see St. Vitus Cathedral from just about everywhere-
assuming, of course, that your view is not obstructed by an enormous building.
St. Vitus Cathedral is located within the Prague Castle Complex,
and contains the tombs of many Bohemian kings and Holy Roman Emperors.
The biggest and most important church in all of the Czech Republic,
it is a prime example of Gothic architecture.
The present day cathedral was founded on the 21st November, 1344.
Over the next century,
the cathedral saw several master builders,
and very slow construction.
A war in the first half of the 15th century and a fire in 1541 finally put a halt to all construction of St. Vitus Cathedral.
Through most of the following centuries,
the cathedral stood only half built.
Several attempts were made to continue work on the cathedral,
but most ended prematurely due to a lack of funds.
In 1844 a plan was put together to restore and complete St. Vitus Cathedral.
Almost a century later, in 1929, the cathedral was finally as you see it today.
And, although it took nearly 600 years from start to finish,
much of the original design and elements were used in the final construction,
thus providing the Cathedral with a jointed, harmonious look. 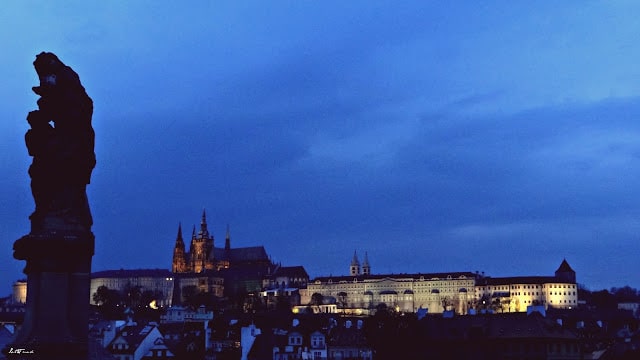 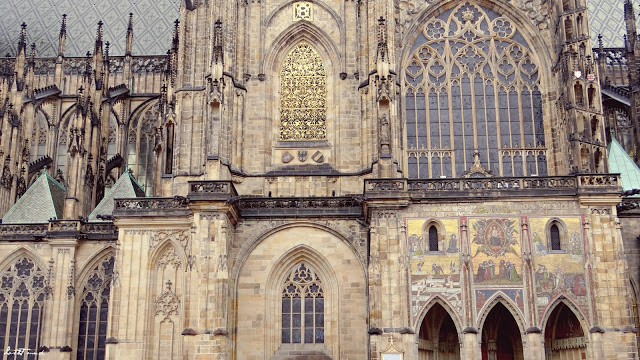 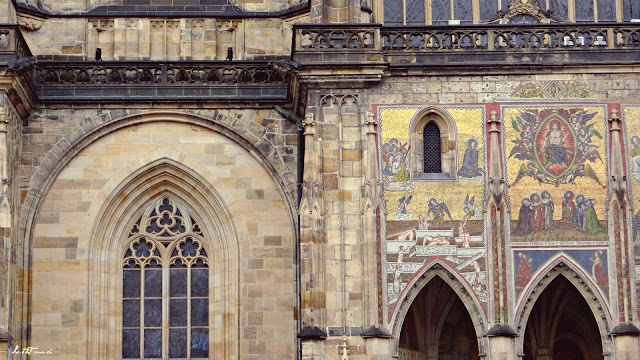 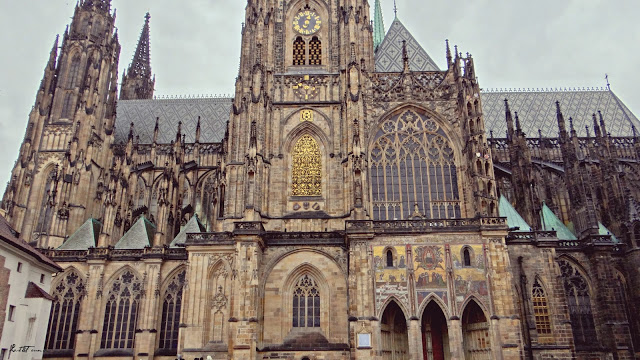 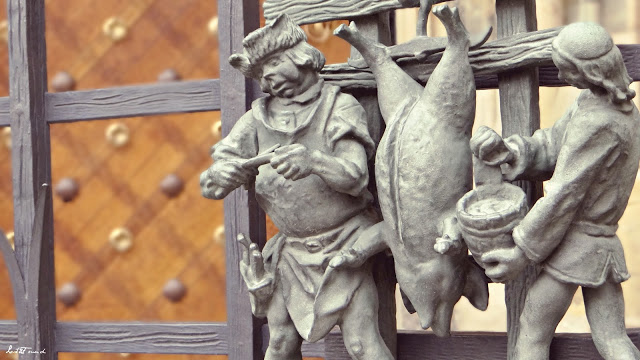 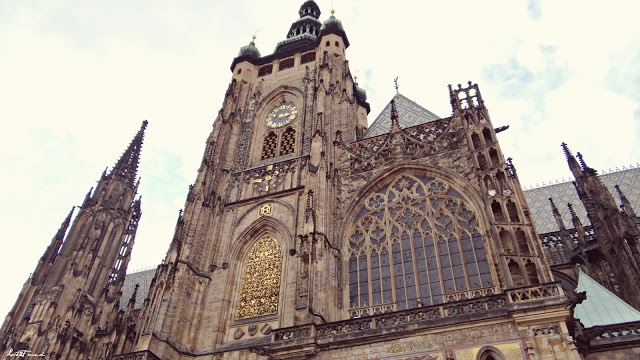 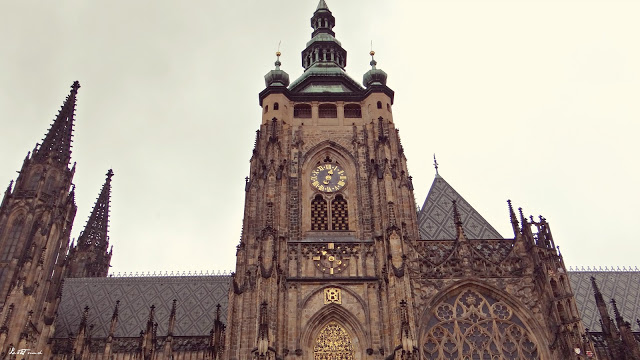 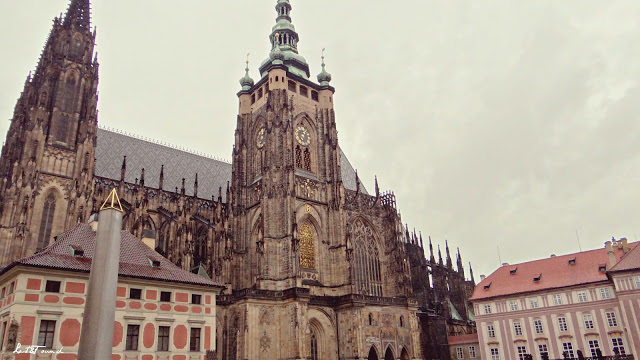 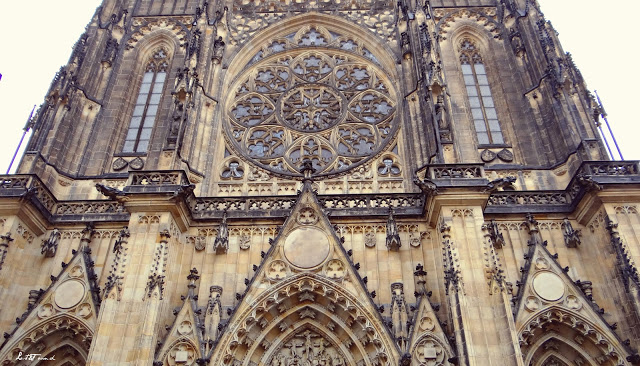 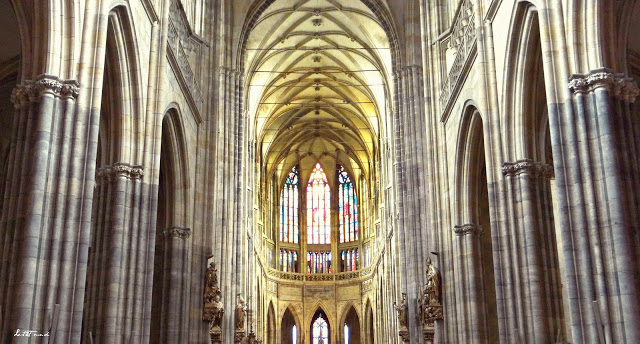 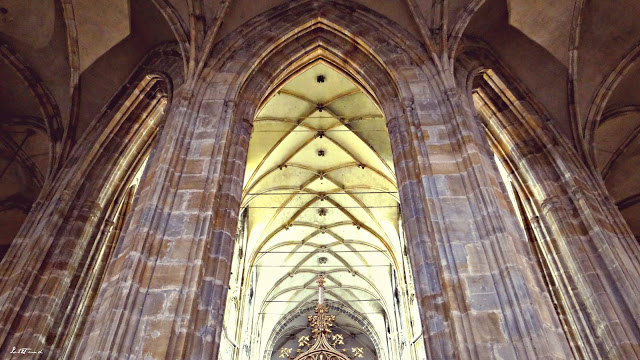 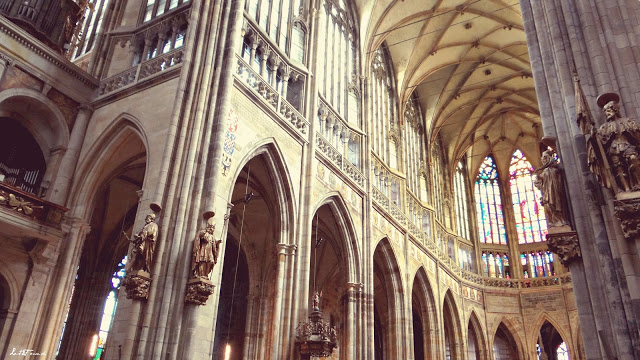 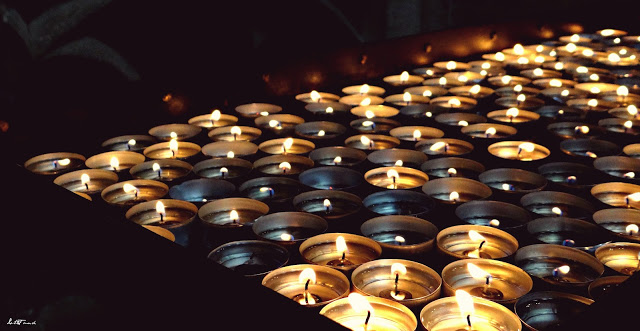 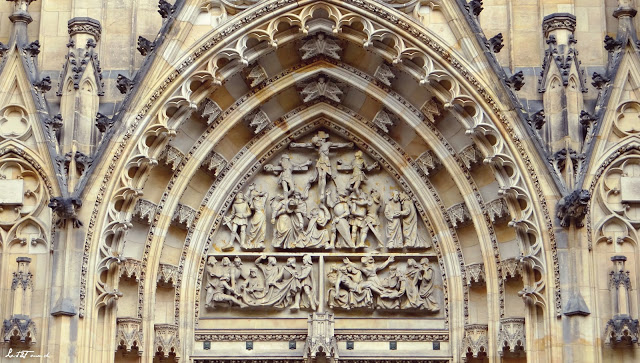 I was in absolute awe of this magnificent piece of architecture.
It is truly a piece of art.
I spent a good 30 minutes just staring,
and admiring all the detail that went into one single building.
The closer you get, the better it is.