We left Zion National Park at 3pm, hoping to get to Las Vegas within three hours.
There was a brief debate between me and my wonderful fiance.
Stay in a cheap hotel for the night in Las Vegas or just drive through and camp in Death Valley.
I voted for cheap hotel. He voted for camping.
While I am not a fan of Las Vegas at all, and generally avoid it like the plague, I also knew I didn’t want to camp in hot temperatures.
I don’t know about you guys, but I cannot sleep when i’m hot and sweaty. To make matters worse, our sleeping bags are made to keep us toasty in below freezing temperatures.
I looked up the weather for Death Valley on my phone.
High of 108 F, low of 75 F
I asked his cousins what they thought about camping in these temperatures.
They didn’t really say anything. Thanks guys, big help.
We all wanted to keep things cheap, but c’mon people. Are you crazy?!?
So, I said no more. I knew the only way Aaron would learn was to see for himself how insanely crazy he can be sometimes.
So, we were driving in to Death Valley. We were all tired and I really just wanted some sleep. I noticed the car was reading 90F outside.
Aaron said nothing.
But, the temperature didn’t stop there.
Pulling into the camp site, the temperature was a whopping 101F at 8:06pm.
Proof below. 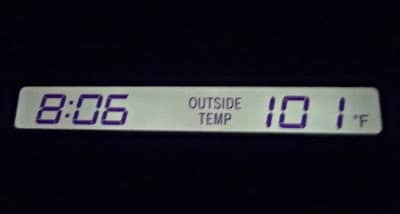 We were all surprised by how hot it was at 8pm. I mean, I know people can fry eggs on the concrete in Death Valley it gets so hot, but 101 F at 8pm!
Madness.
We stepped out of the car and laughed. It was so hot, and so windy, that had I been blind I would have thought I was being blown away by a hair dryer.
There was no way I was camping.
Oh hell no!
The boys, all three of them, agreed. Aaron admitted his stupidity and I relished in my proving him wrong.
Love when that happens.
Thankfully one of the three hotels within Death Valley National Park had vacancy. Unfortunately, they were charging over $200 per night.
I got them down to $150.
We all slept great in the clean, cold air-conditioned room. I would have had it no other way- my hardiness only goes so far. 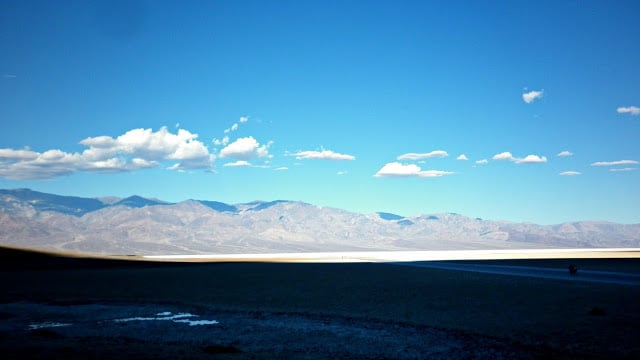 Last time Aaron and I were in Death Valley was two years ago in December.
I instantly fell deeply in love with this part of California. Out of all my travels, it still remains one of my absolute favorite places on this Earth.
I will say, it is best visited in December or January when the air is cool and crisp and you can comfortably sleep in a tent- if that’s your thing.
Temperature aside- Death Valley is special. It is Unique. It feels like another world.
And in many ways, it is. 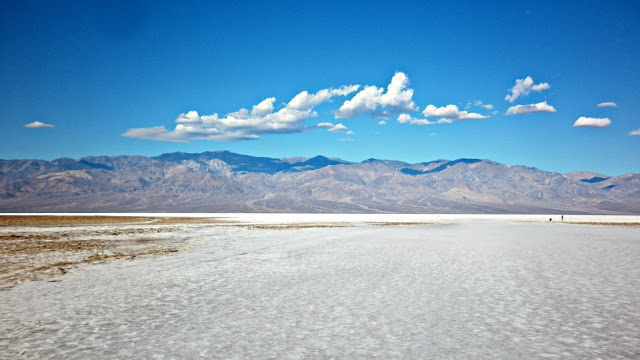 We first stopped at Badwater within Death Valley.
During the Holocene period, this part of the Valley was a shallow lake approximately 3 feet deep. Due to increasing temperatures and higher evaporation rates, only salts and minerals remain.
Badwater is the lowest place in North America at 282 feet below sea level. Only 84.6 miles from Badwater towers Mt. Whitney, the highest point in the United States.
I know, pretty amazing stuff Planet Earth. 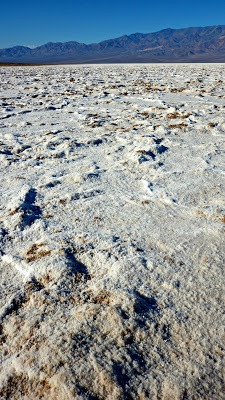 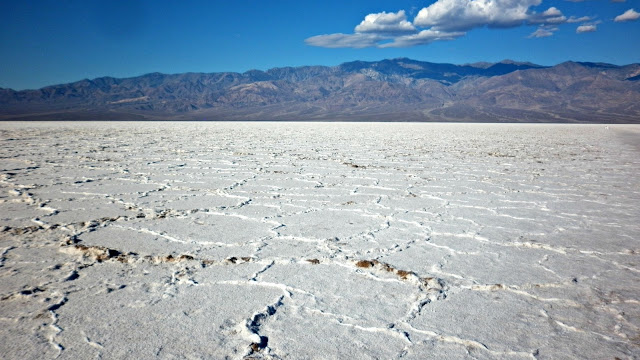 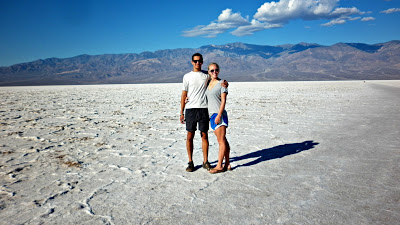 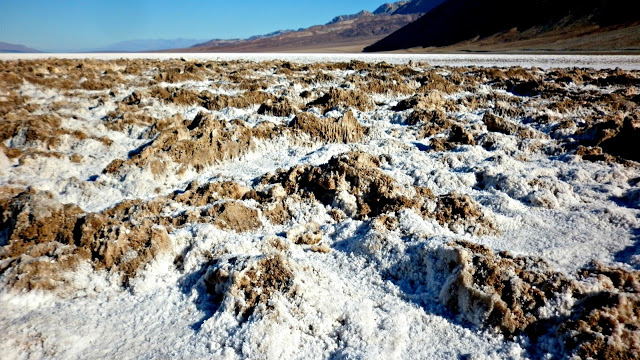 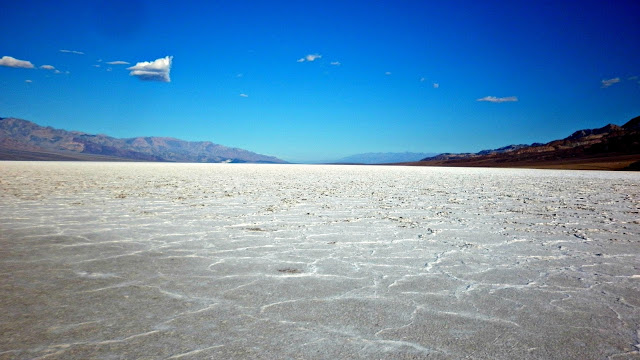 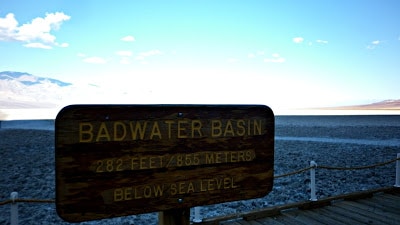 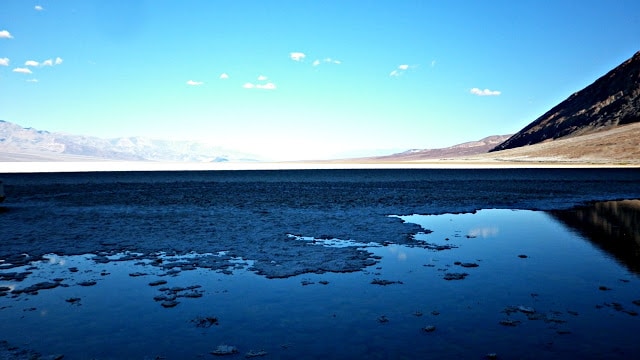 After Badwater, we drove through The Artist’s Drive and Palette.
Because it was so hot we couldn’t linger long. However, when Aaron and I were visiting in December we spent an entire day walking around this area exploring the different canyons.
Artist’s Drive is on the face of the Black Mountains. Its various colors make this part of the Park very unique.
These different colors are caused my the oxidation of different metals. For example, red, pink and yellow is from the oxidation of iron salts.
It is gorgeous. 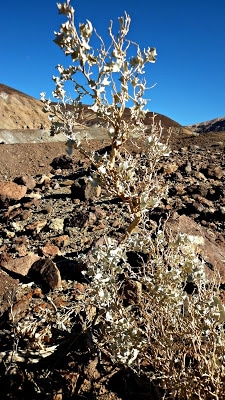 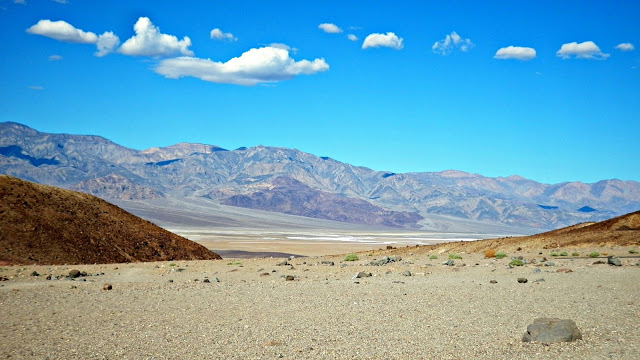 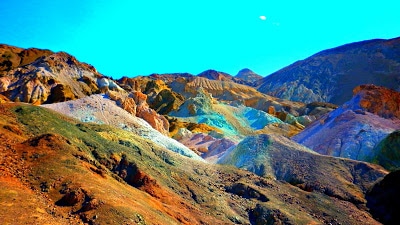 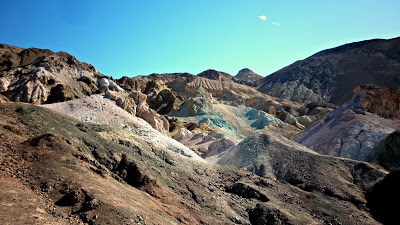 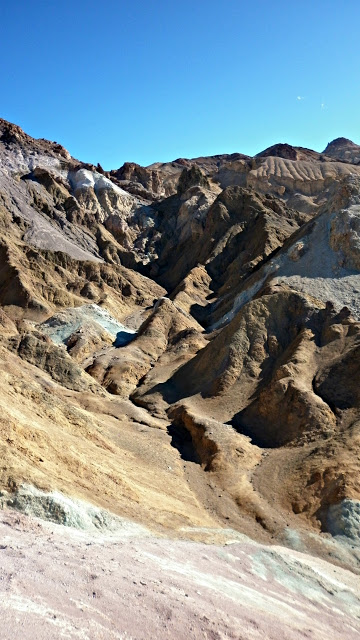 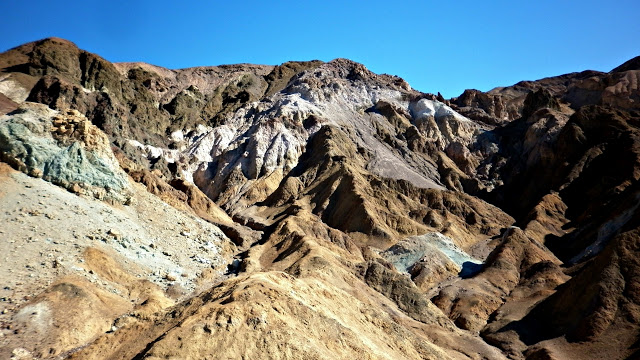 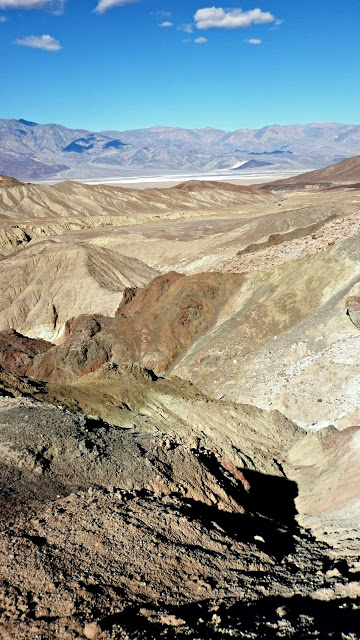 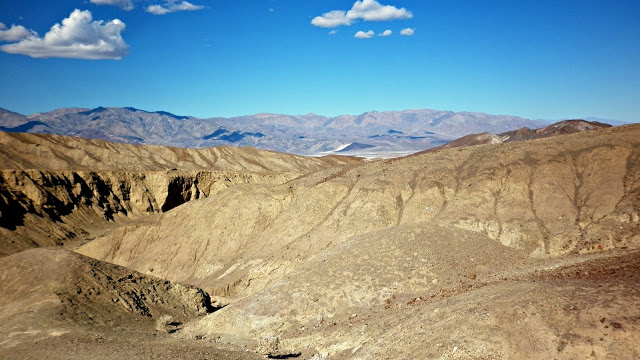 Last stop were the sand dunes.
Again, the hot temperatures prevented much wandering and only allowed us to snap some photos.
The sand dunes are one of my favorite parts about Death Valley- especially at sunset.
*I’ll post later about our first visit to Death Valley* 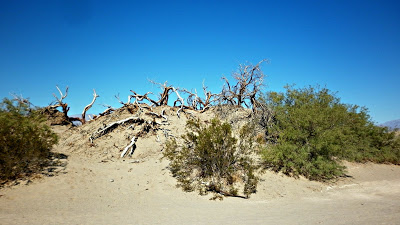 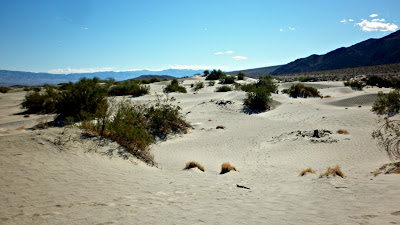 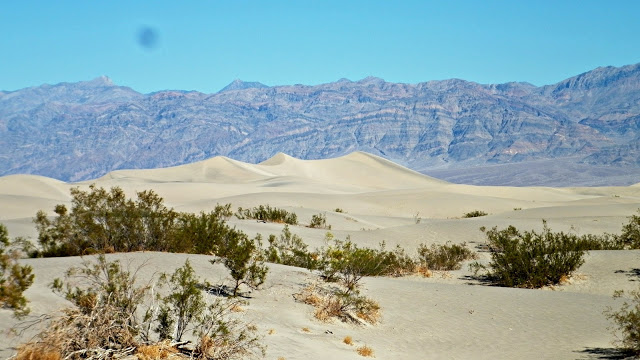 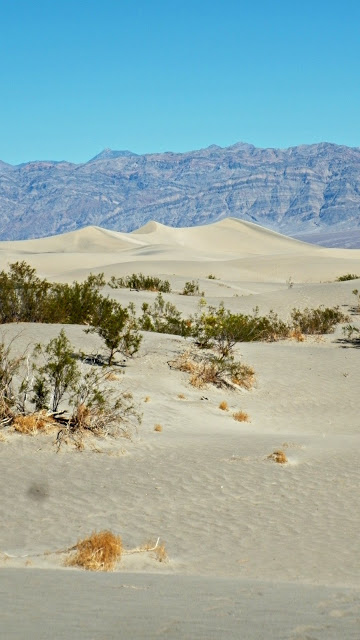 We said goodbye to this amazing place, but I know i’ll be back.