Learn how to make Shrimp Enchiladas with this simple and tasty recipe! 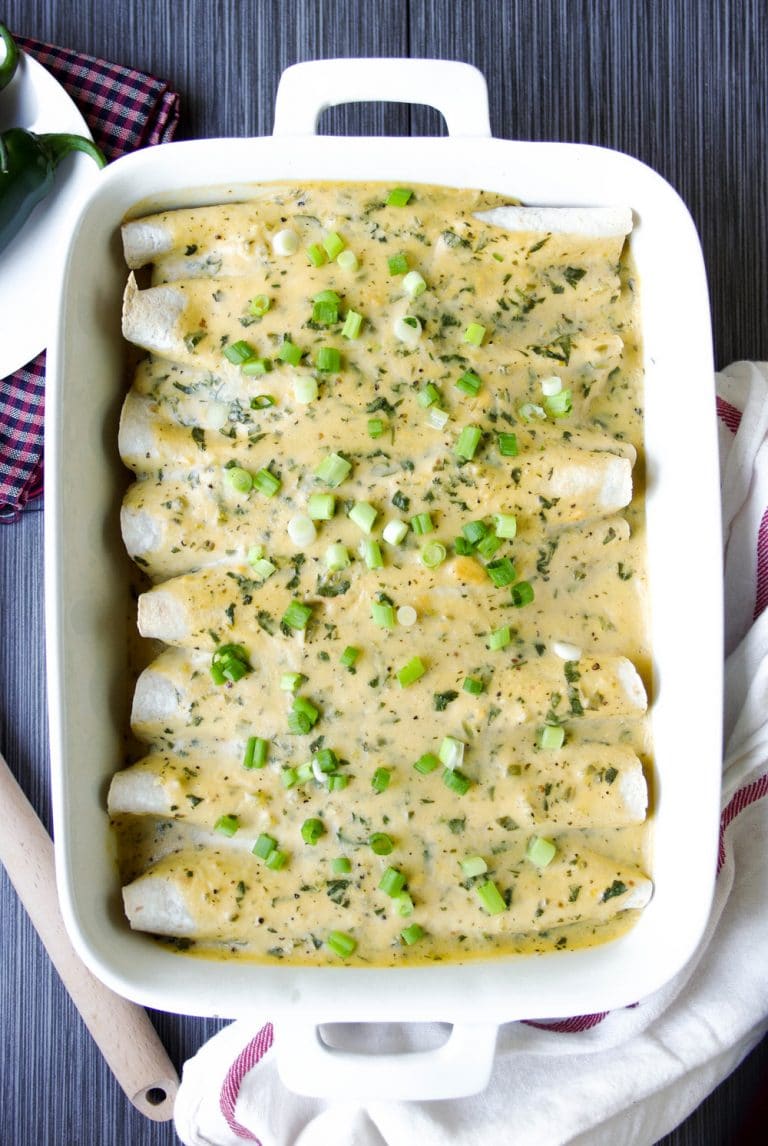 I don’t know about you guys, but I feel like I could sleep through this entire week and still wake up tired. The weekend was a blast, but whoa! I do not remember Christmas being so exhausting.

It must have been all the food. I’m still digesting.

My toddler, on the other hand, hardly ate a thing- way too much excitement for any of that. I even tried to bribe him with one of Santa’s chocolate chip cookies and he completely turned up his nose. I have no idea how I gave birth to a cookie-hating kid. I mean, cookies are like a primary food group for me.

Santa made a visit to our house, so I guess that means my cheeky little child wasn’t so naughty, after all. Next year I will let Santa do all the gift giving (and no more) because the three things my kid asked for – a stud finder, harmonica, and light-up drill set toy – were the only toys he really cared about. Wait, that’s not true, he also loves the marble run that Santa surprised him with.

The 10 other toys and games purchased for him? Opened, ignored (for now) and will be used as rewards for good behavior since Santa ALSO brought him a reward chart.

As much fun as it was shopping for my 3-year-old, I am so super happy it’s done. The holidays are exhausting (oh wait, I said that already…)

To take a break from traditional holiday flavor that many of us have been feasting on all weekend, today I have delicious Shrimp Enchiladas with Jalapeño Cream Sauce. Packed full of juicy shrimp and all kinds of sautéed vegetables, these enchiladas are more than just cheese and meat in a tortilla. Yes, there is the cheese and yes, there is the tortilla, but there is also onion, mushroom, cabbage, carrots, and spinach, which means happy tummies for veggie lovers.

And even though I love my cookies, I love my veggies even more. 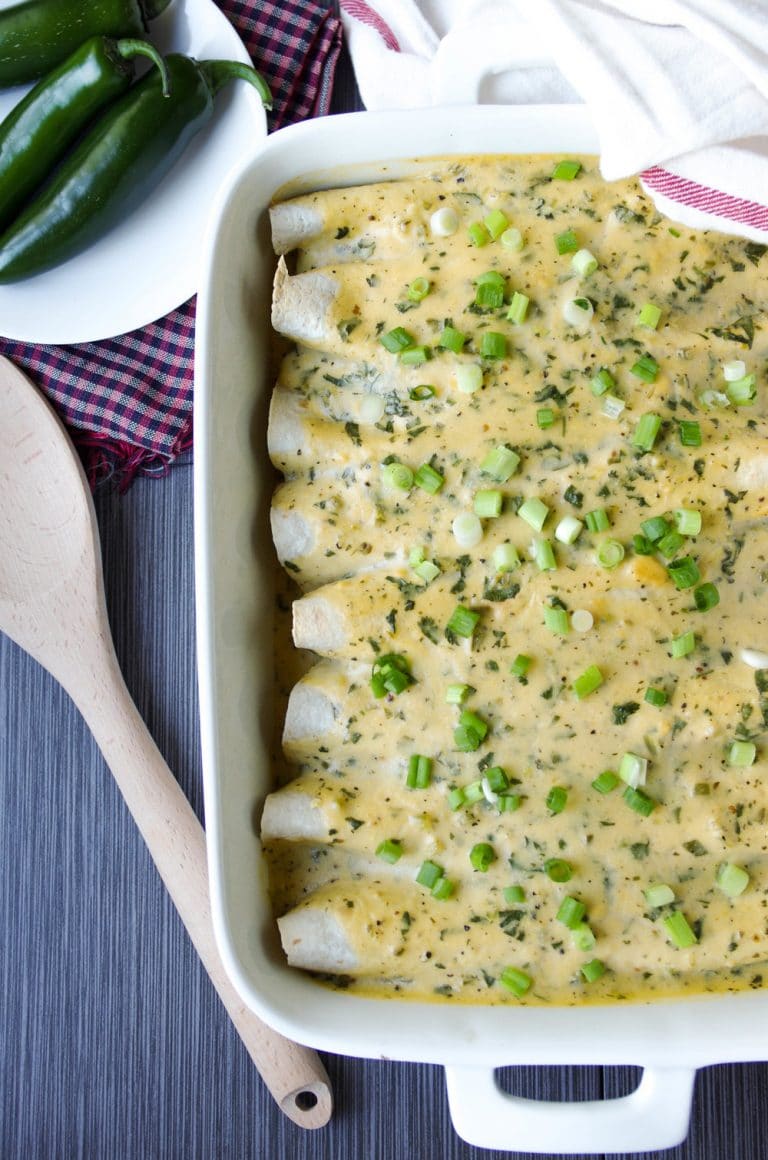 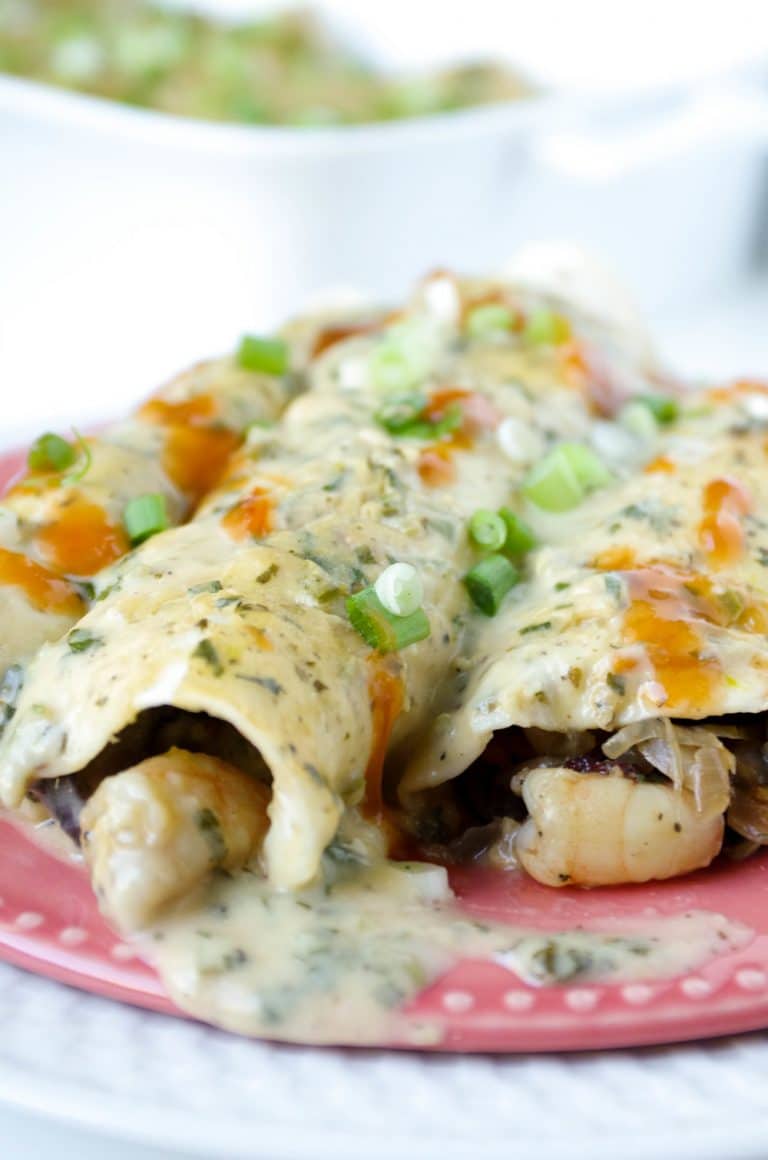 For the jalapeño cream sauce-

Keyword shrimp enchiladas
Did You Make This Recipe? Tag it Today!Mention @theforkedspoon or tag #theforkedspoon and please leave your star rating in the comment section below.
698 shares