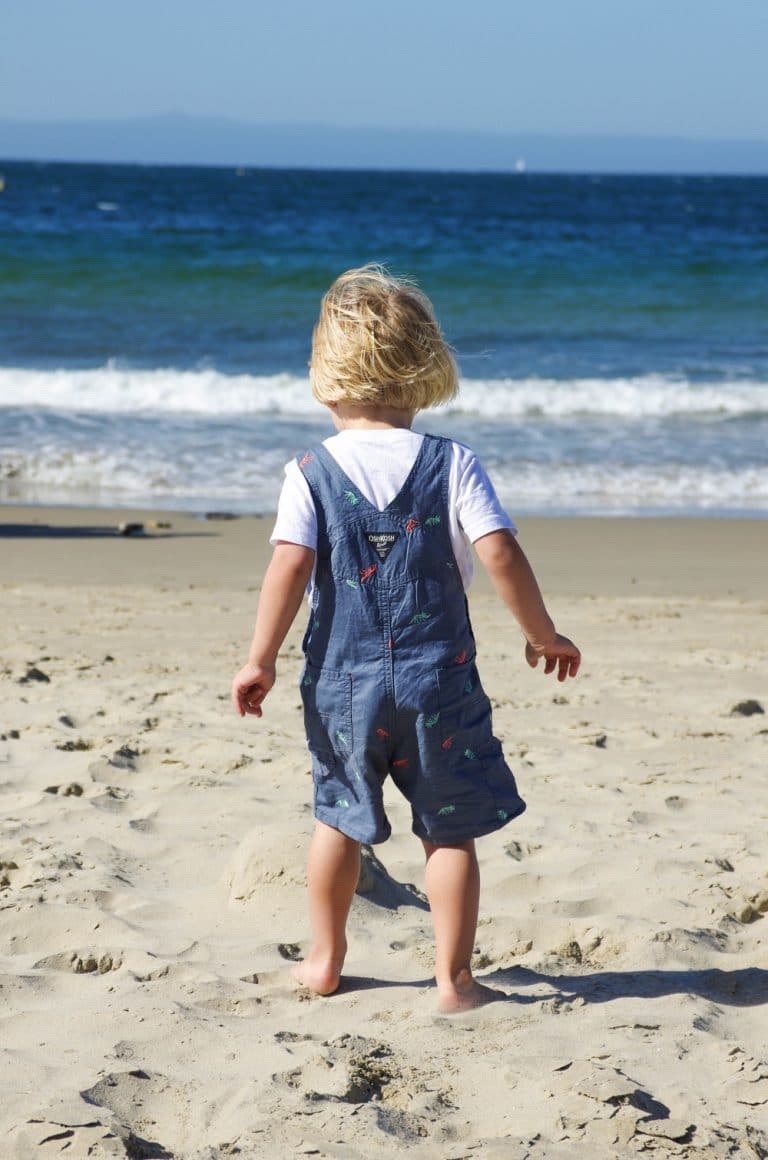 When your toddler decides to start the week with a bang and completely refuse nap time, productivity goes completely down the drain. I got my first peak into a world without naps and I do not like it. My brain did not shut off from 7am to 8:16 pm and the only time I sat down was driving in my car to run errands. But, thanks to his nap refusal, we got loads of errands done- the gym, Hobby Lobby, Home Depot, Trader Joe’s and dog park. I expected some crazy Octavian-sized meltdowns, but surprise again, my exhausted tot took pity on me (daddy was working late) and saved the tears and whining for bedtime.

But, this post isn’t about my long day yesterday. This post is about our fun little family trip to Monterey last weekend.

The weather was perfect and the air was so fresh, and so clean, I was flooded with memories of my years living in Santa Cruz. I didn’t realize how much I miss it. Oh my, I miss the ocean.

We hopped on the trolley to Cannery Row; the tourist hotspot and home to the famous Monterey Bay Aquarium. Octavian’s day was made, and we hadn’t even made it to the aquarium yet. Actually, I’m pretty sure the trolley ride was his favorite part of the entire day. I know this because three days later and he is still talking about it. After bribing Octavian off the trolley, we went to lunch at Cannery Row Brewing Company- convenient, lots of options and recommended by a passenger sitting next to us on the trolley. Octavian had the children’s fish n’ chips and although my weirdo child is not a fan of fried breading, he devoured the fish and all the fries (his first time with his very own order of fried potatoes). After picking every crumb from his plate (and finally coming up for air) he looked up at us with a huge smile and said, “All done!” Not one green or piece of fruit, but I was impressed nonetheless.

And then we made our way to the aquarium. The only thing Octavian knew was that he was going to see some Nemos and Corals (Nemo’s mommy) and Dory. The moment we stepped foot into the building Octavian was like a little ping-pong ball bouncing around from one thing to another, bing bing bing. He was completely unaware of the hundreds of other visitors surrounding him (no social anxiety from my kid) and shoved, pushed and squeezed his way between the masses.

I didn’t try to stop him.

Instead, the husband and I just stood back, followed and watched. It made for a much different aquarium experience than the one we had our first year dating, but all worth it just to see the overflowing joy on our child’s face as he caught his first glimpse of the clown fish.

Three hours later, and to Octavian’s delight we hopped on the trolley again and stopped at the well known Dennis the Menace Park. We are spoiled with amazing parks in our community, so Octavian was not impressed; plus, we quickly realized how silly we were being as the BEACH is right across the street.

I know my child loves water, but I have never seen Octavian so excited to see the ocean. The trolley and Nemo didn’t even come close to the beach. Within 10 minutes my clothed child was soaked, tearing off his diaper and rolling around in the sand. Borderline hypothermia later (ok, small exaggeration) my near naked, wet, shivering baby was all dried off and completely pooped. I may have left the towel, swim trunks and swim diaper in the car, but thankfully I always carry an extra pair of clothes with me. Life saver.

Octavian got a power nap in the car until 630pm, barely made it through dinner before having a complete meltdown (I wouldn’t have blamed him), but found his fifth wind for the day when he saw a friendly kitty cat running around the restaurant parking lot. We experimented by allowing him to sleep in the car before dinner.

A day trip to Monterey from Sacramento is long, but totally doable. Besides I’ll pick my bed (reality: Octavian’s bed) over a hotel bed any day of the week (unless we’re talking 5-star beds, then I’d pick the hotel). 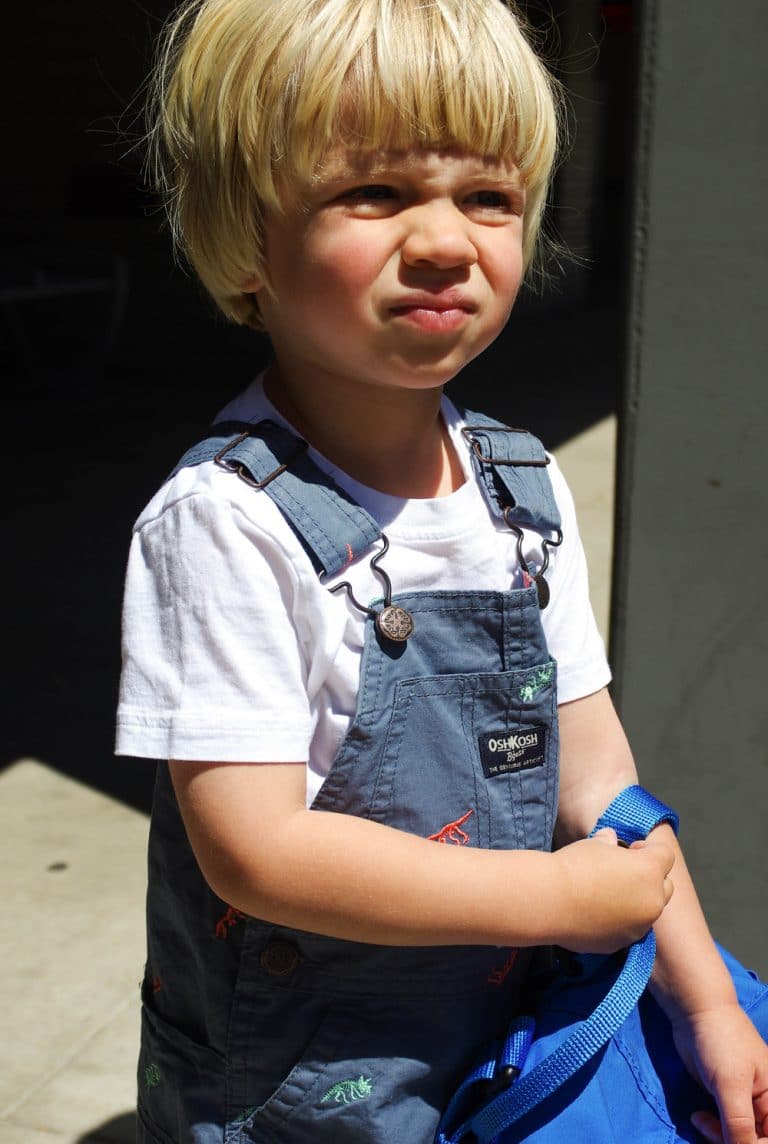 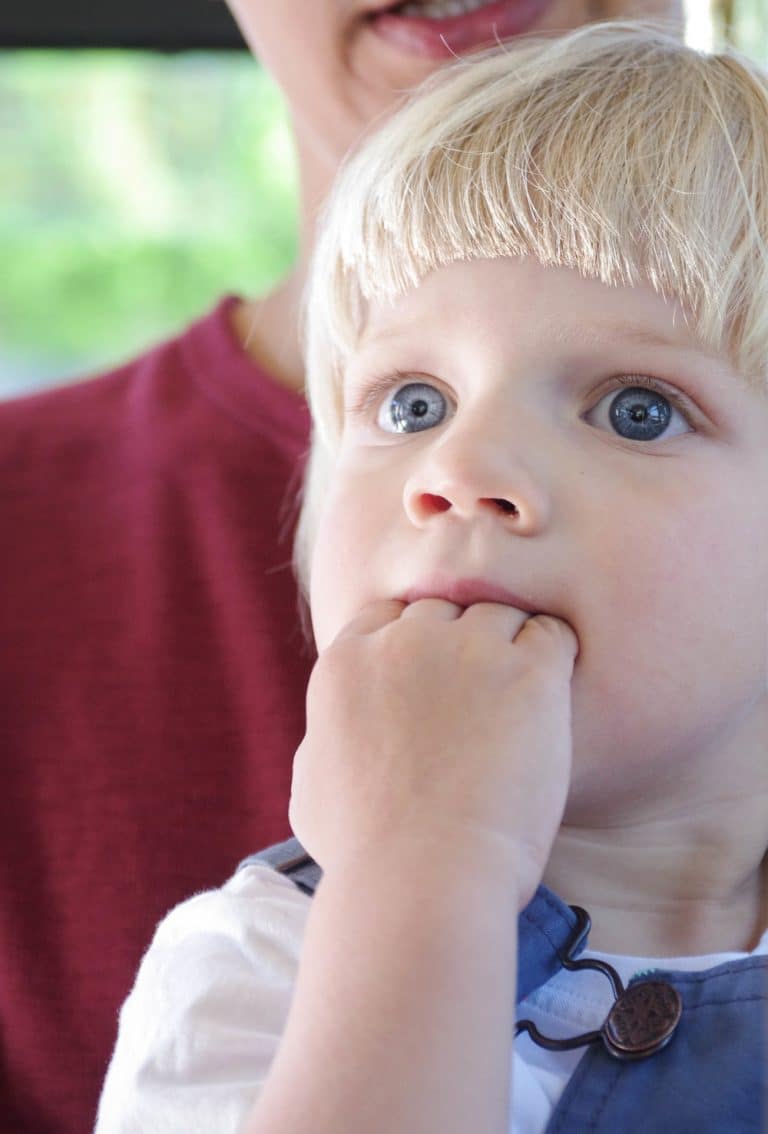 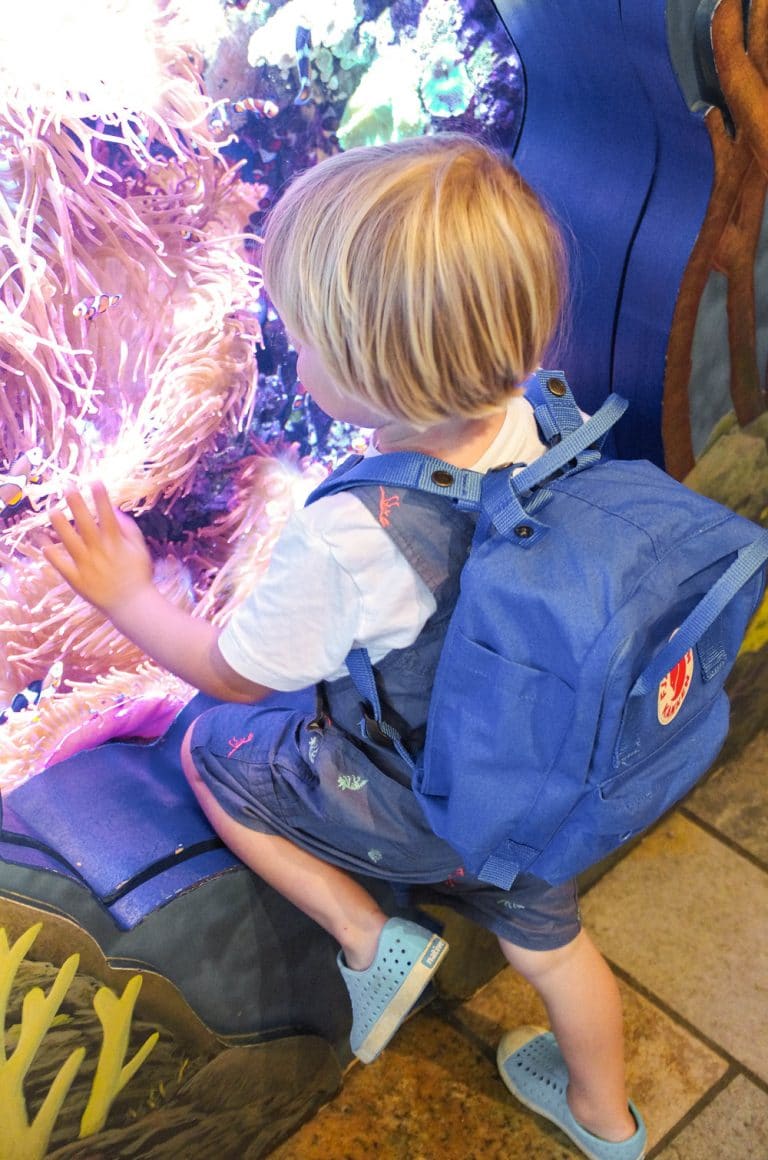 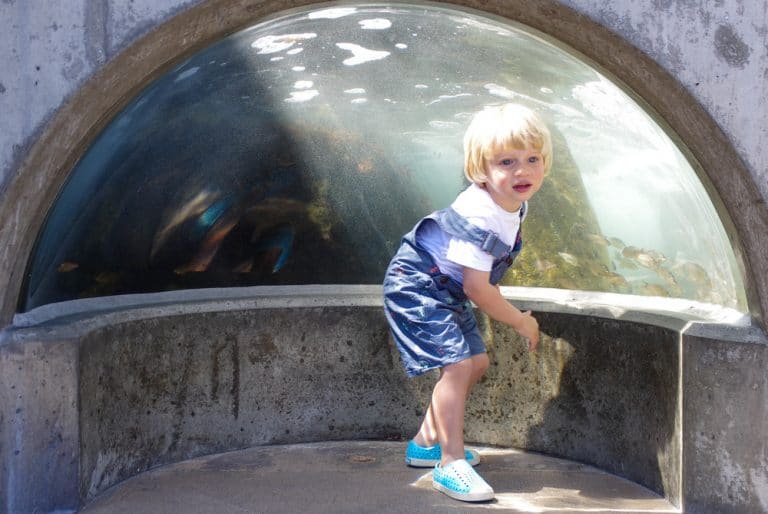 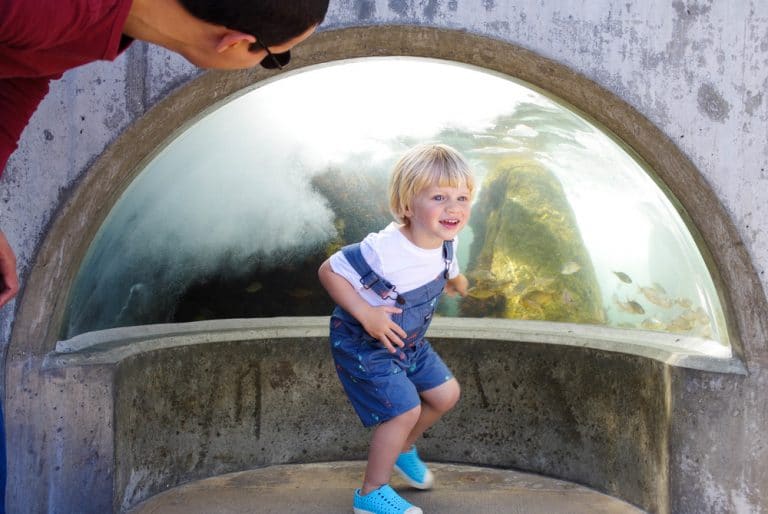 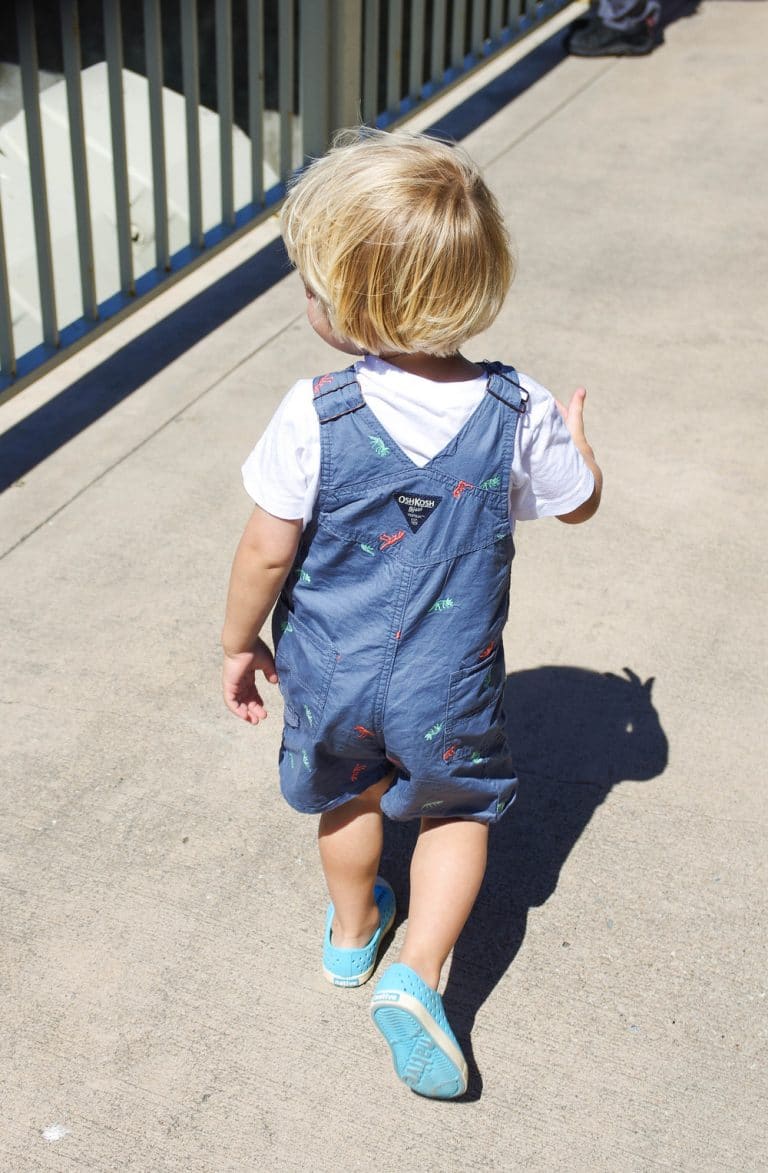 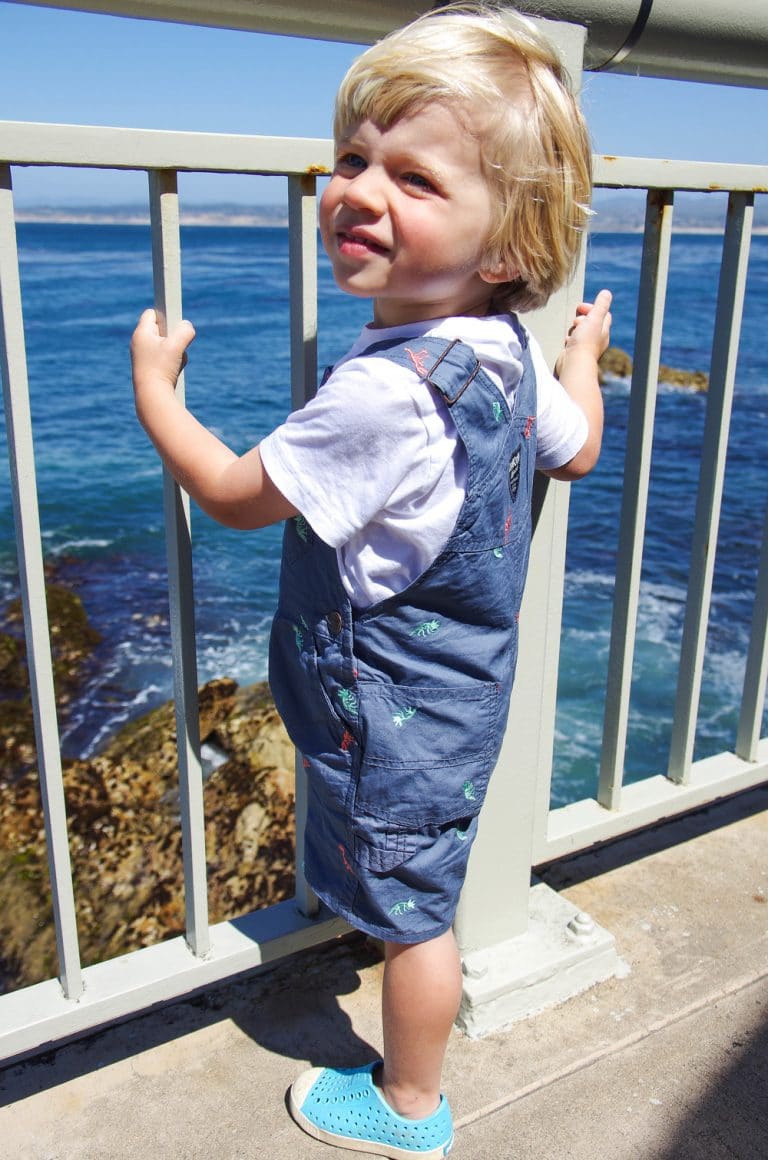 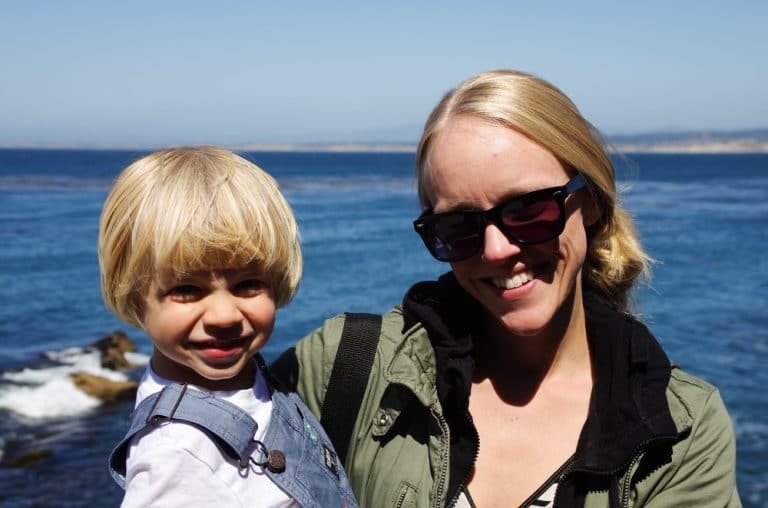 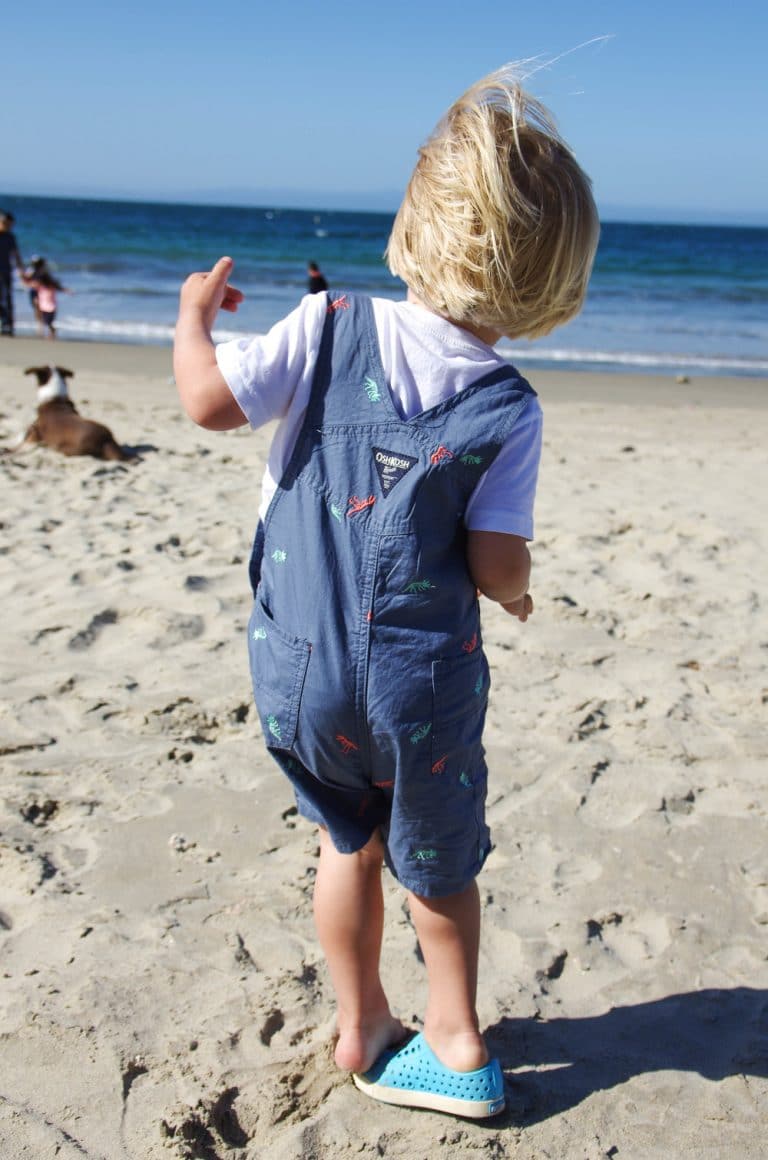 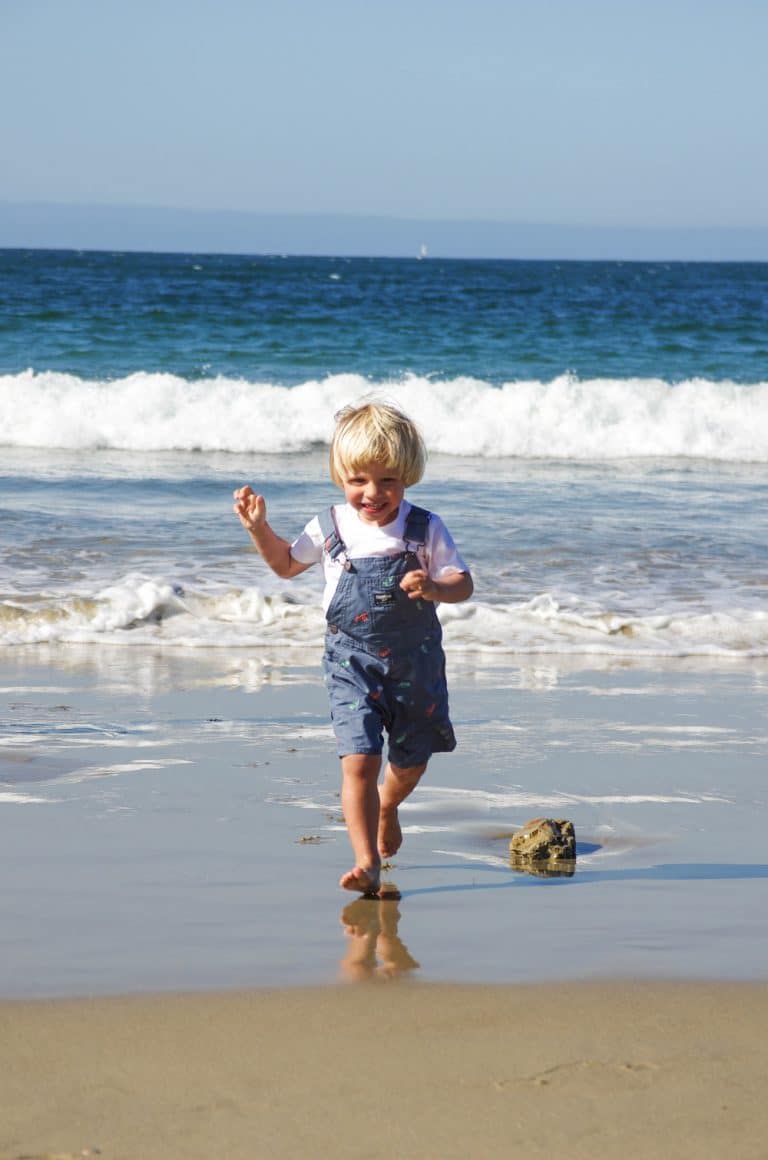 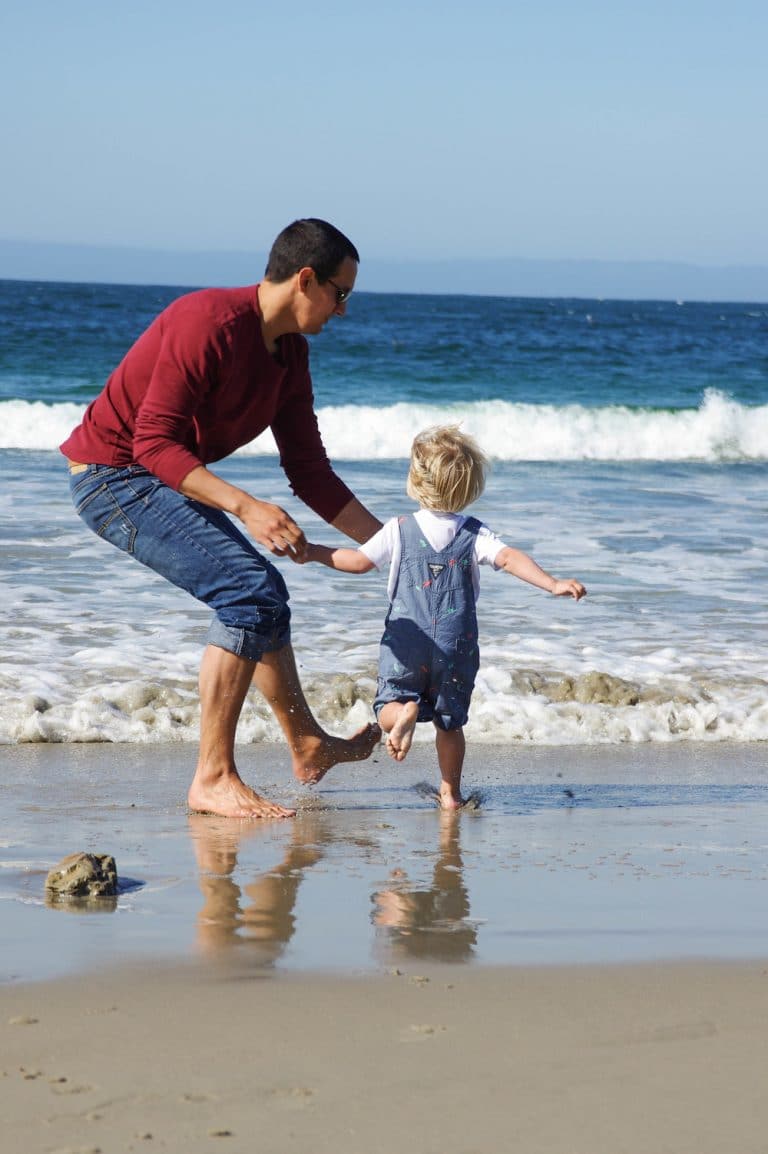 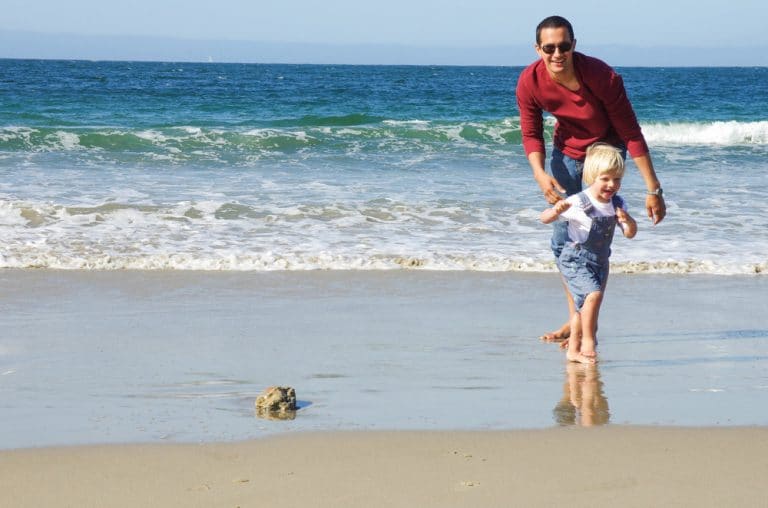 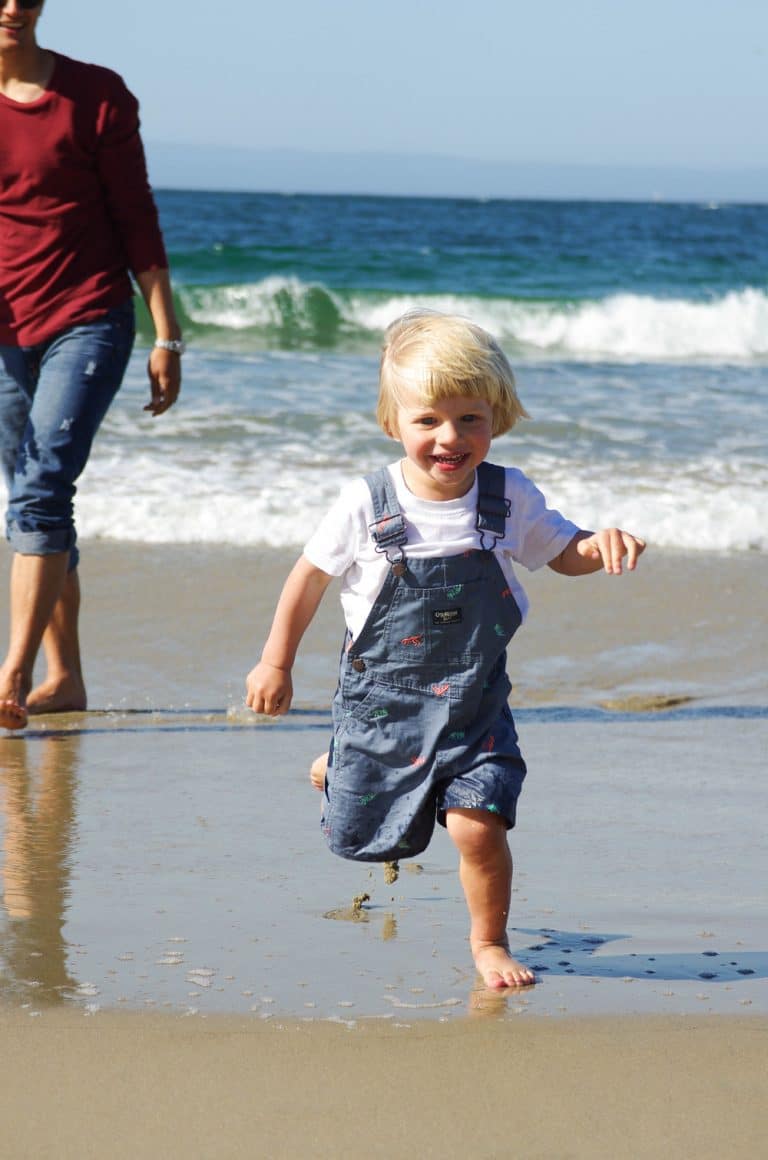 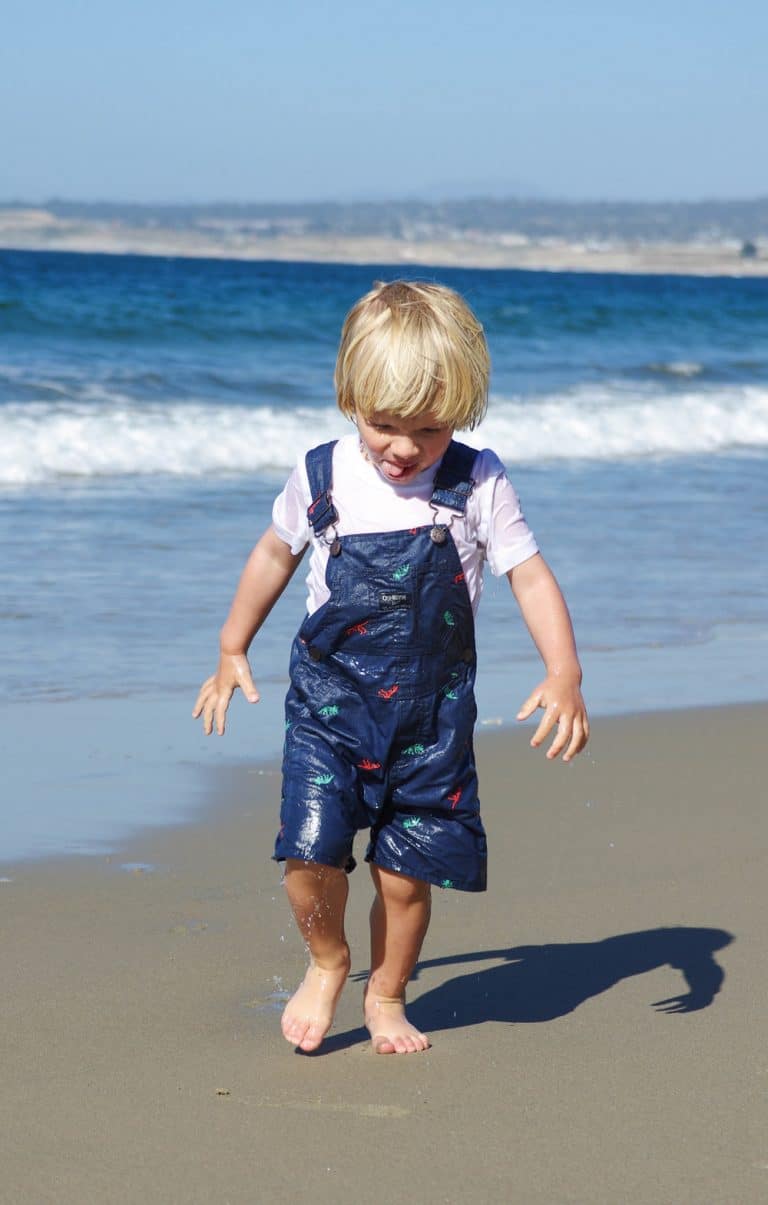 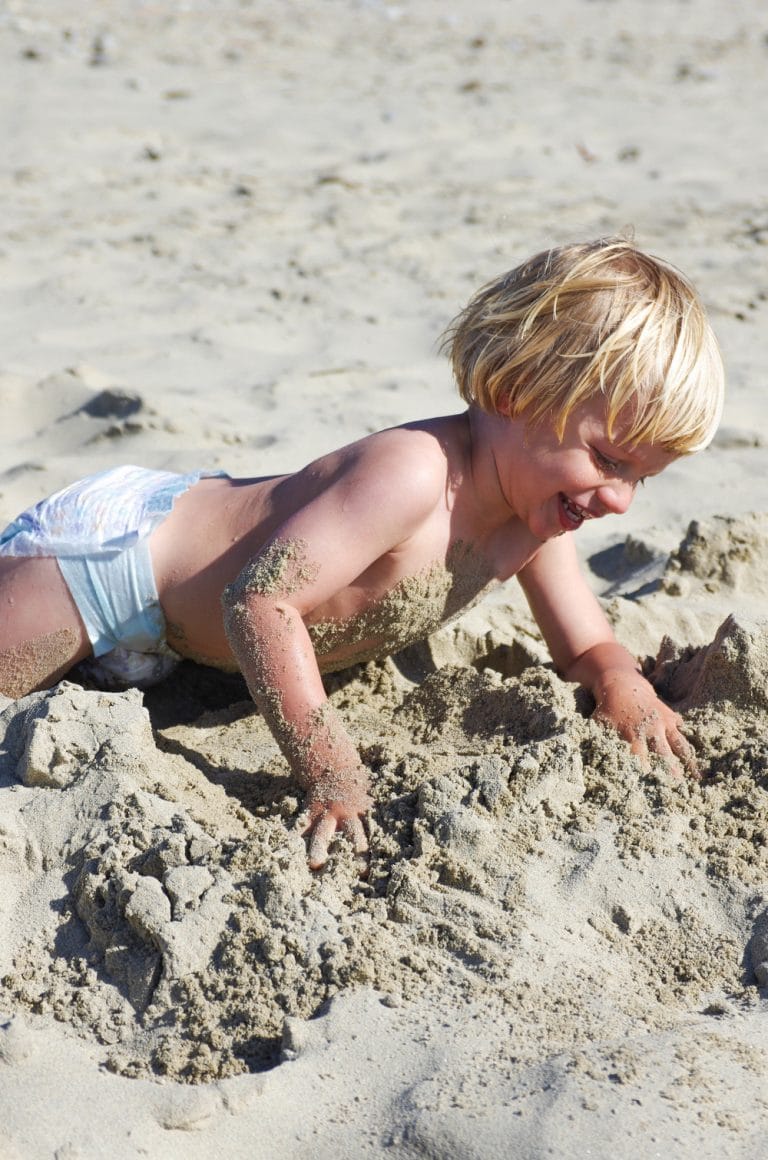 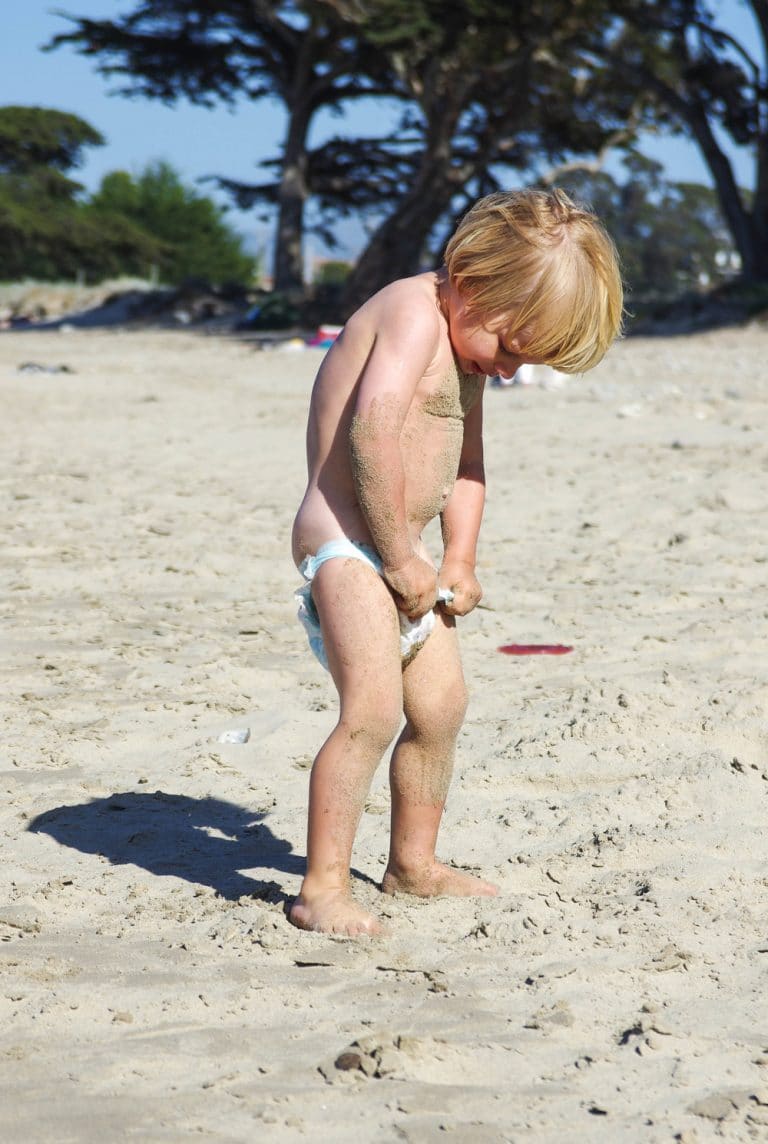 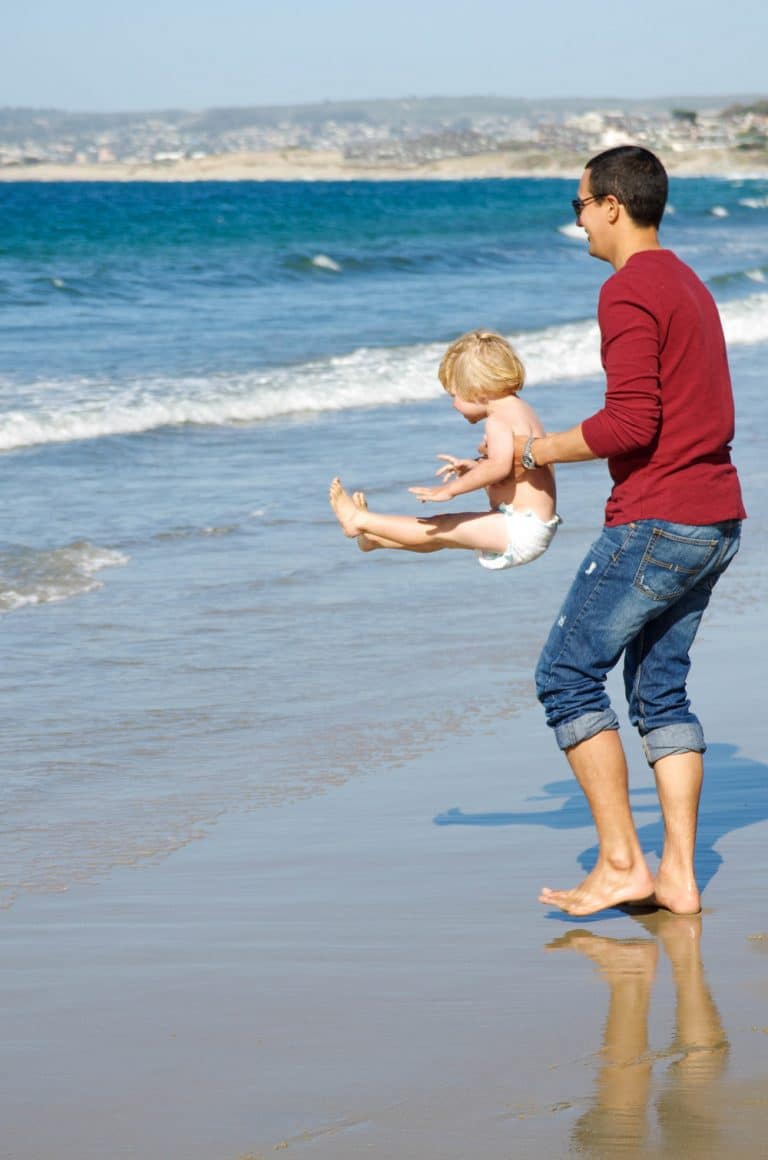 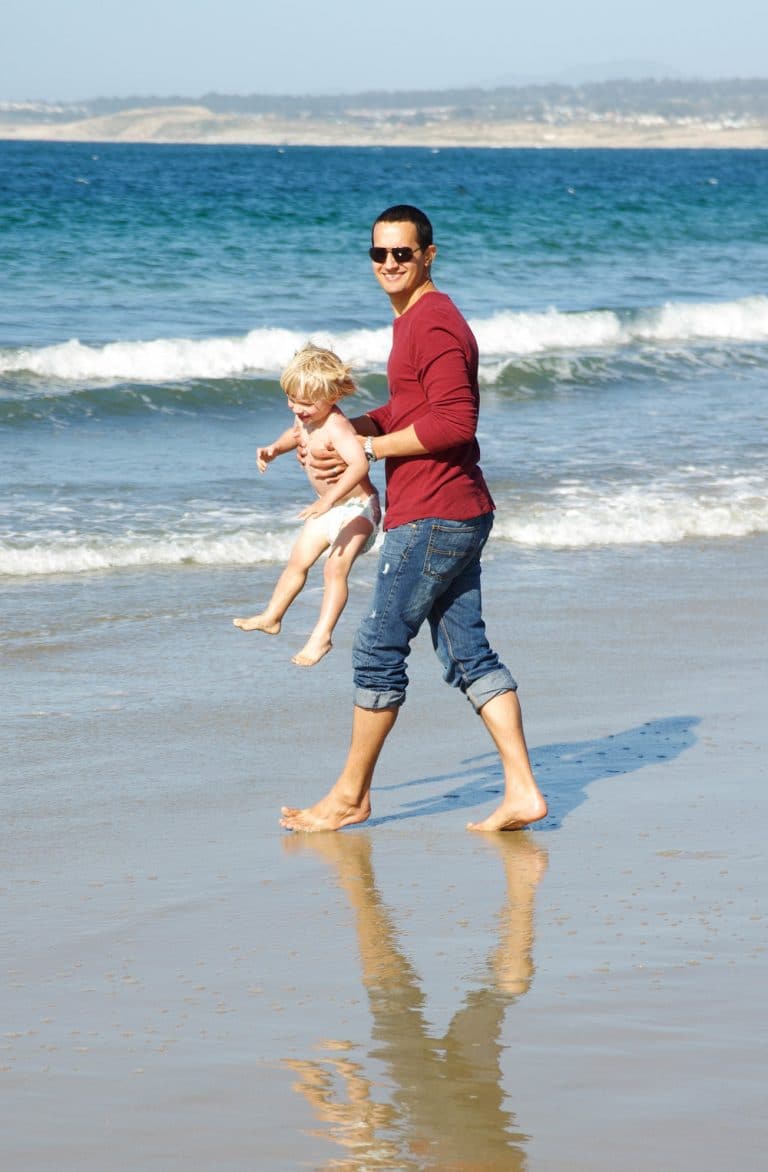 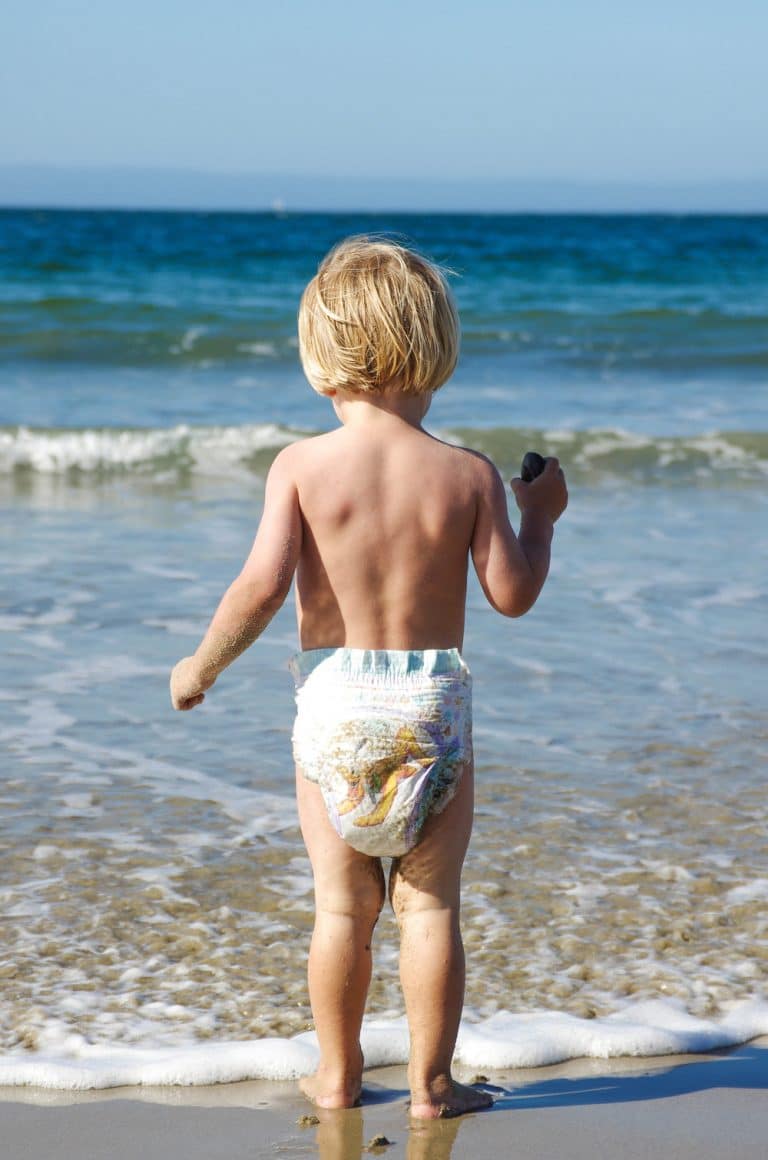 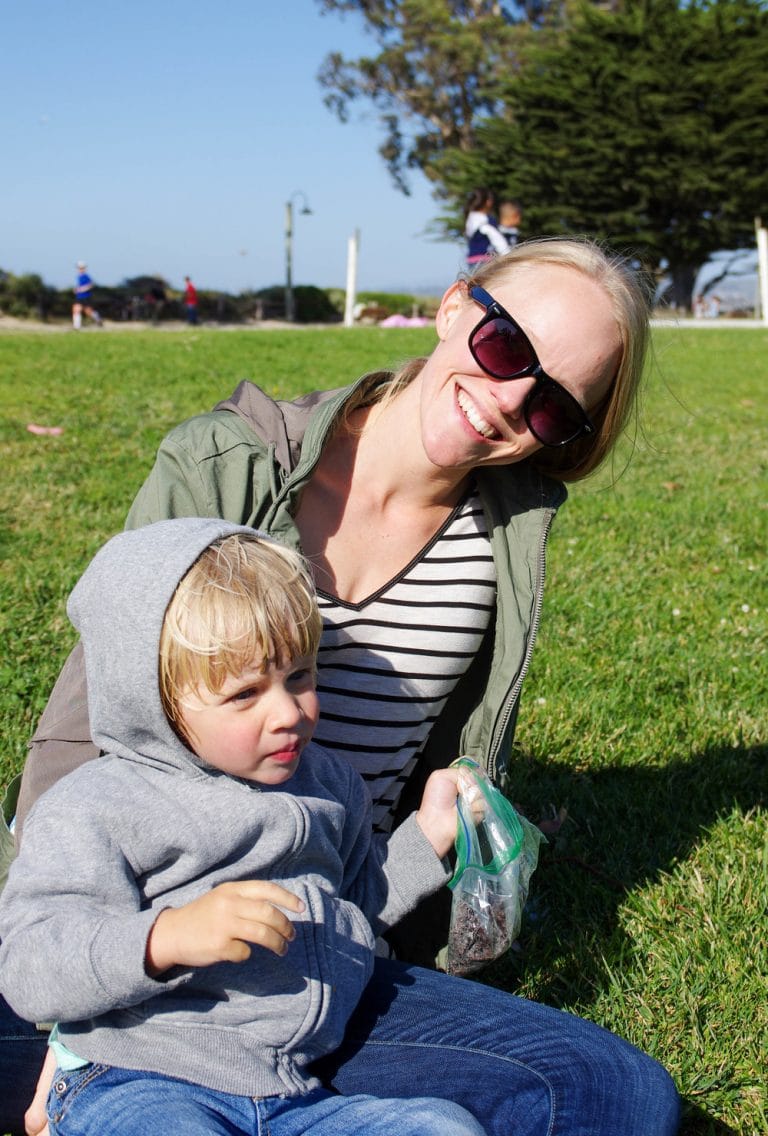