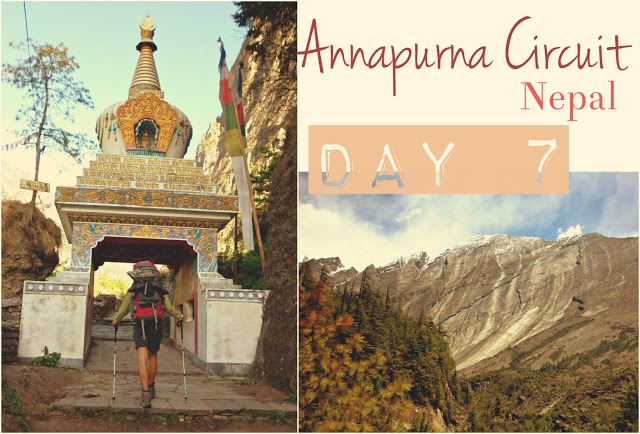 Finally feeling a little better,
the fiance and I fled Chame and never looked back.
I have many unpleasant words to describe this little village in the mountains,
but I will refrain from using them here in order to keep things on a positive note.
And, to be perfectly honest,
had I not gotten so sick,
perhaps my opinion would be a little different.

Still recovering,
we moved slow, took our time, and stopped for breaks often. 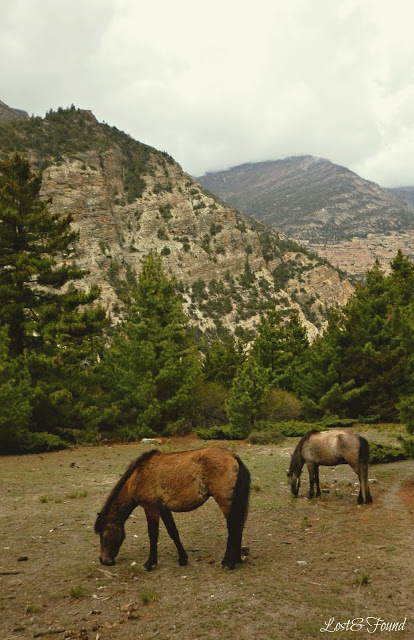 The views were absolutely stunning.
My eyes took in our surroundings-
lush, beautiful Evergreens,
and earth growing taller and taller.
meanwhile, my nose spent the entire day inhaling the fresh, pine air.
bliss.It was not long before we came upon the dramatic Paungda Danda.
Looking back on all our days trekking in Annapurna,
this enormous curved rock face remains my favorite part of the entire trek-
even more than the enormous snow covered giants we were about to meet.
This curved slab of rock rises more than 1500m from the river.

pure. beautiful. natural insanity.
I will never look at our world,
and its power,
with the same eyes.
I was speachless that entire afternoon.
and, I still am.
Unfortunately, no matter how hard I try,
there are no words to describe this magnificent corner of our world.
You’ll just have to take my word for it.

Locals call it the Swarga Dwar (Gateway to Heaven),
and believe the spirits of the deceased must ascend this wall after leaving their bodies. 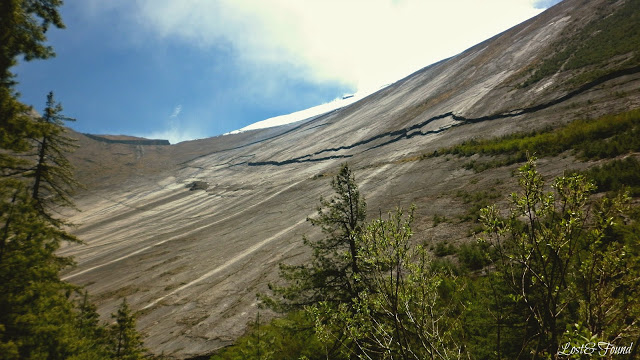 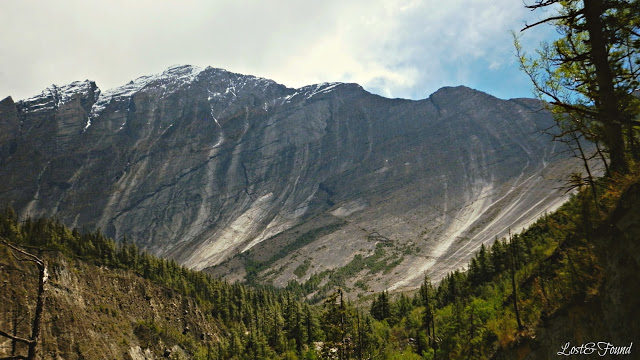 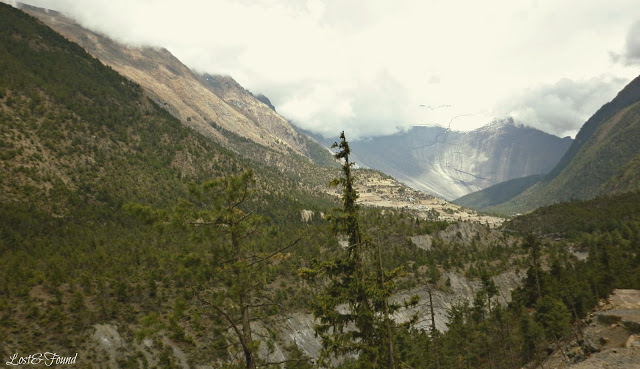 After a short ascent, we descended again into the lower portion of Pisang.
At this point we had two options,
hike the easier lower Pisang trail,
or the much much more difficult Upper Pisang.
Originally we were going to hike Upper Pisang,
but since we were both still recovering and the fiance was still carrying half my weight,
we trekked Lower Pisang.
Recalling this decision now,
I could kick myself for not pushing my bum up the harder trail.
Since this trip, I have become obsessed with climbing higher,
finding the best view,
and ultimately, taking the best picture my skill level and camera can capture.
Here was an opportunity to glimpse some of the most amazing views I may ever see,
and I opted for the easier route.
I doubt I would make the same choice again.
Higher is better.
The remainder of the day was relatively flat and pleasant as we hiked through the lower valley.
We stayed cool with a crisp breeze,
and occasional sprinkle of rain. 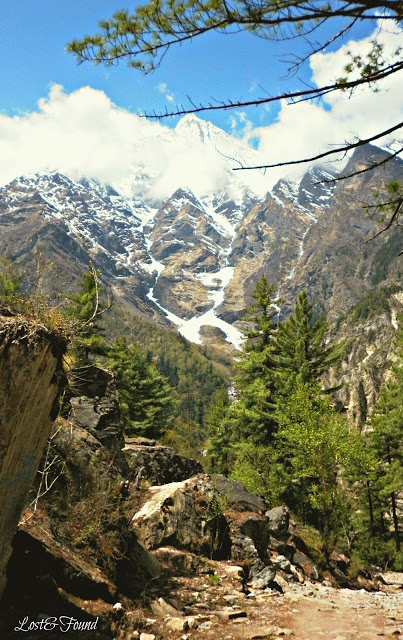 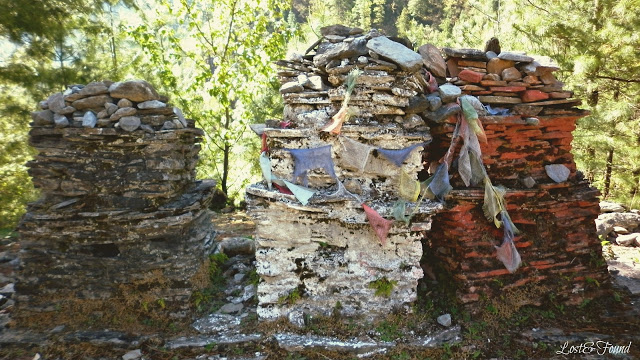 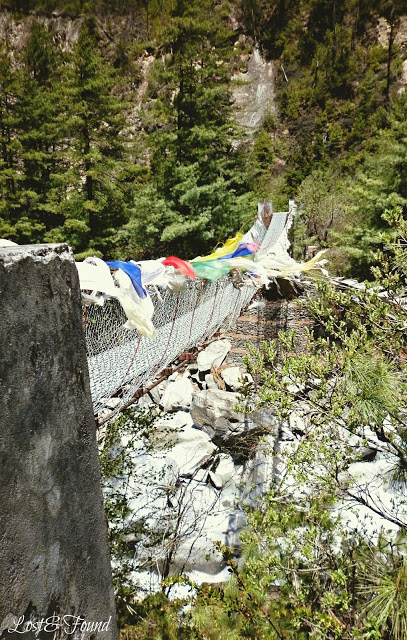 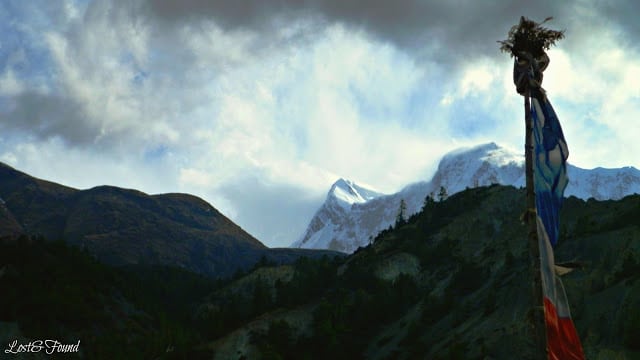 By 4pm we reached Hongde,
and decided to stop for the day.
Despite hiking the easier route,
I was exhausted.

We dropped off our bags,
and admired the mountain views from the guesthouse rooftop-
Our first glimpse of the enormous giants we flew half way around the world to see.
I was not disappointed.
oh no.
It was this moment that I fell in love with the mountains.
real mountains.

We met two Israeil guys and played a couple games of Uno,
laughed, and shared stories.
It’s amazing how fast you make friends while traveling.
and one of my favorite parts about seeing this world-
you also see the people.

I had my first bucket shower ever,
and was surprised at how far a bucket of hot water goes.
Not even kidding,
mind blown by this tiny realization.

We ended the day with the only freeze dried meal with carried with us-
beef stroganoff.
It was heavenly.