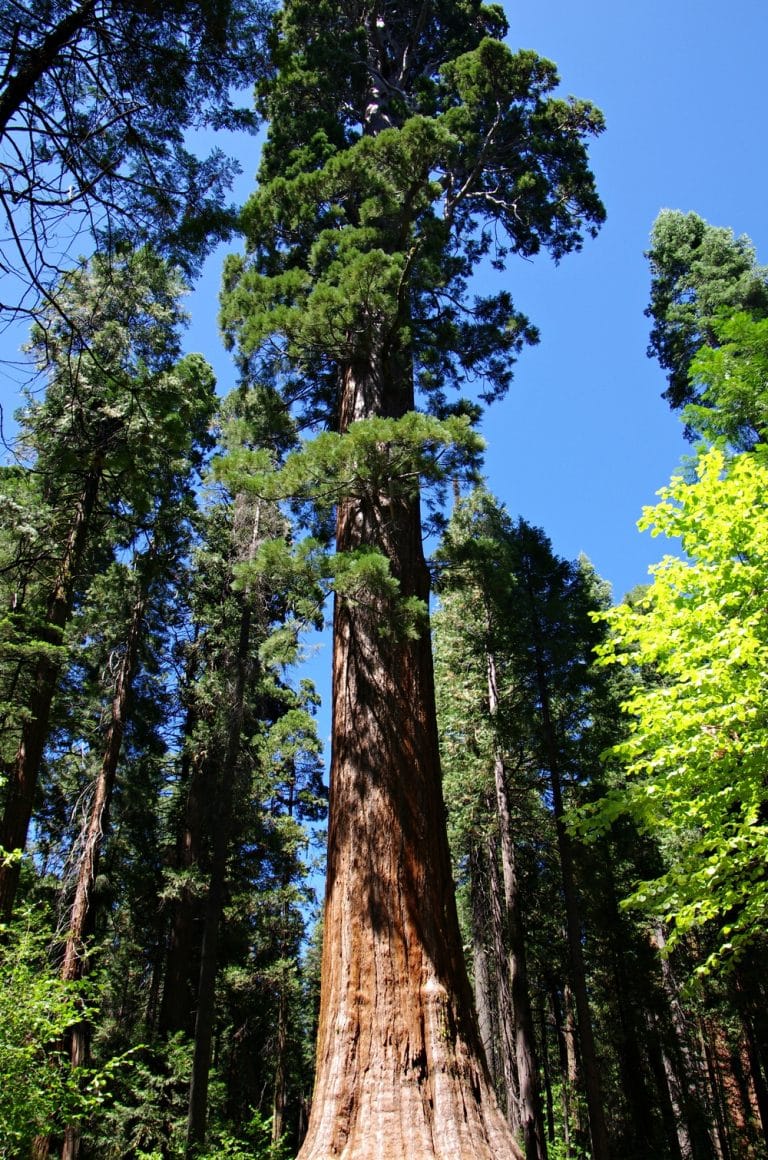 A few weeks ago, I threw my husband and sweet baby boy into the car for an adventure up to see some big trees.  Spending an entire day away from home with a toddler takes a lot of time and preparation (moms, you know what I’m talking about),  so a couple hours (and three bags filled with crap) later, we were out the door and on our way to Calaveras Big Trees State Park.  I had never heard of this state park until I Google searched “day trips from Sacramento 2 hours or less” and magically stumbled across it as a suggestion in one of the bazillion forums out there.on the web.  Thank you Google for being so efficient.  Anyway, I thought, yes!  Big trees are cool and a huge, open space for my crazy kid to run and scream is the perfect way to wear him out while also immersing him in nature. 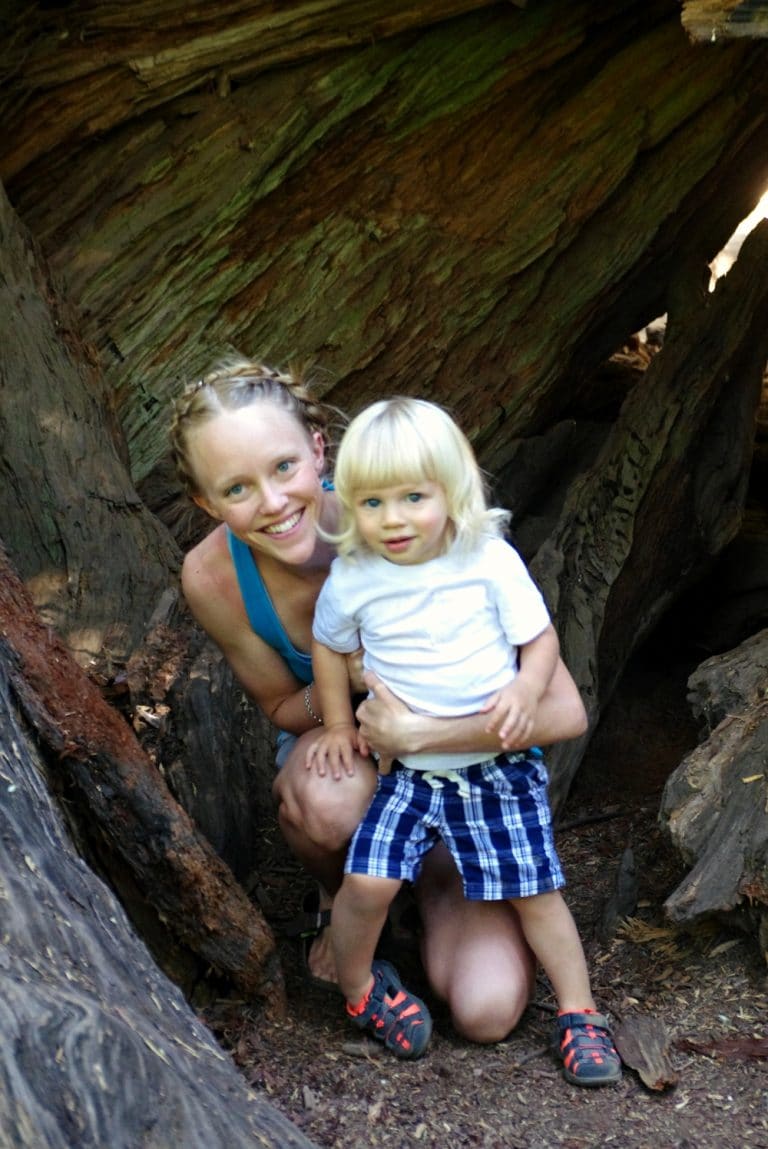 As with most day trips, we left before lunch time and headed to Costco.  Unlike our trip to Dillon Beach, this Costco lunch was a huge success!  They must have known Octavian was coming because the had samples of all sorts of meat ready and waiting for him: tri-tip, chicken, and sausage.  Needless to say, we did not need Elmo to save the day this time..

After filling ourselves with all the naughty offerings that come with trips to Costco, we got on our way (finally, after how many hours of prep?).  An easy hour and forty-five minute drive later and we arrived.  Lucky for us, Octavian even slept the entire way. 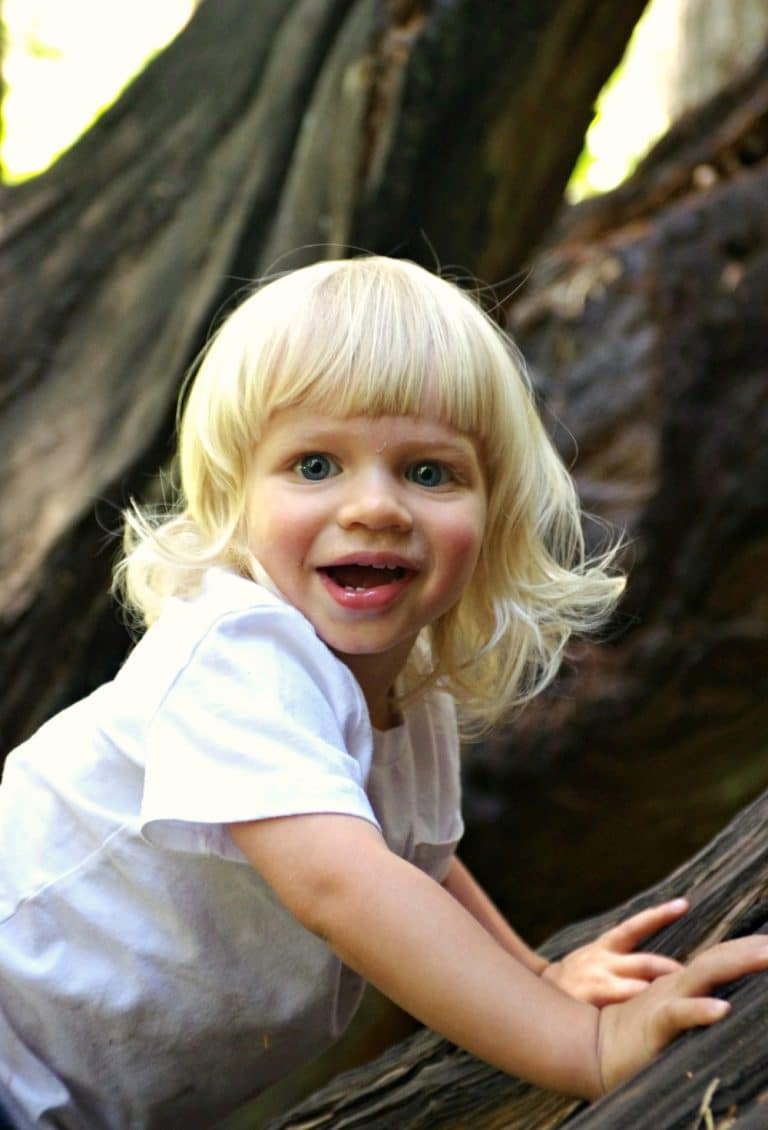 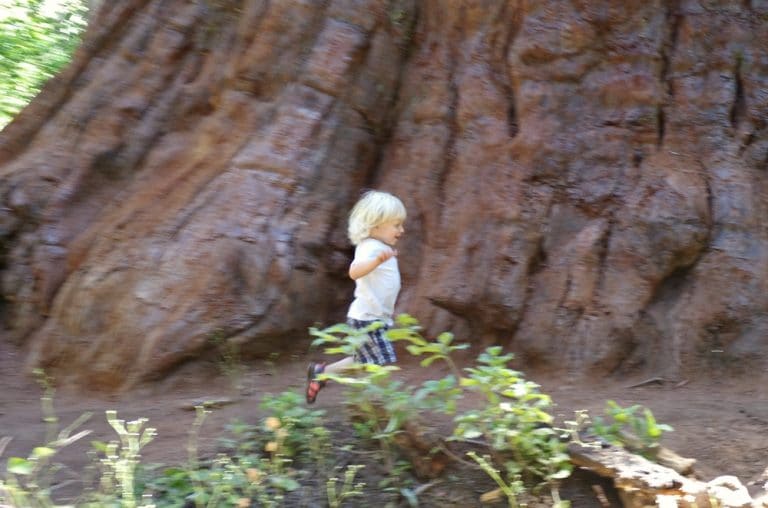 We decided to take the north grove trail.  An easy 1.5 mile loop, this is the easiest trail within the park.  You know, with a toddler and all, we decided to take it easy.  We must really know what we’re doing (insert sarcasm) because that easy 1.5 mile loop took us over two hours.  I still have no idea how that is possible, but I’m still learning that is how life works when you live with a toddler.  I’m also learning that, when questioning whether or not to take the stroller, take it.  Trust me, you can thank me later.  If nothing else, it will be a great place to throw the zillion bags you likely have draped over your back.

Despite the never-ending loop, it was the perfect day trip.  Octavian had a blast running around like a crazy toddler, and I loved not worrying about him disturbing anyone.

There was a point along the trail that our ears stumbled upon the sound of some lumberjacks chopping and trimming trees off in the distance (not exactly the sound one wants to hear when you drive two hours to spend the day admiring these gentle giants, but I guess that’s the tree hugger in me).  Octavian immediately popped up his head and in his sweet, high pitched voice, started repeating, “gawdna? mow.  cut. lemow.  gawdna?  gawdna?  cut, cut, CUT!”.  You guys, my kid is obsessed with his gardener friends.  It’s been months now, and it’s out of control.  So, here we all are, walking the loop together when I start to notice my usual fast-walking husband lag behind. An elderly couple had just passed us, so I knew I wasn’t walking too fast (plus I was holding Octavian).  When I asked if he was creating the distance on purpose, we both laughed, of course he was!  Octavian’s repetition over the lumberjacks did not stop, and after nearly an hour, that once sweet voice became sandpaper to my ears.  Smart husband. 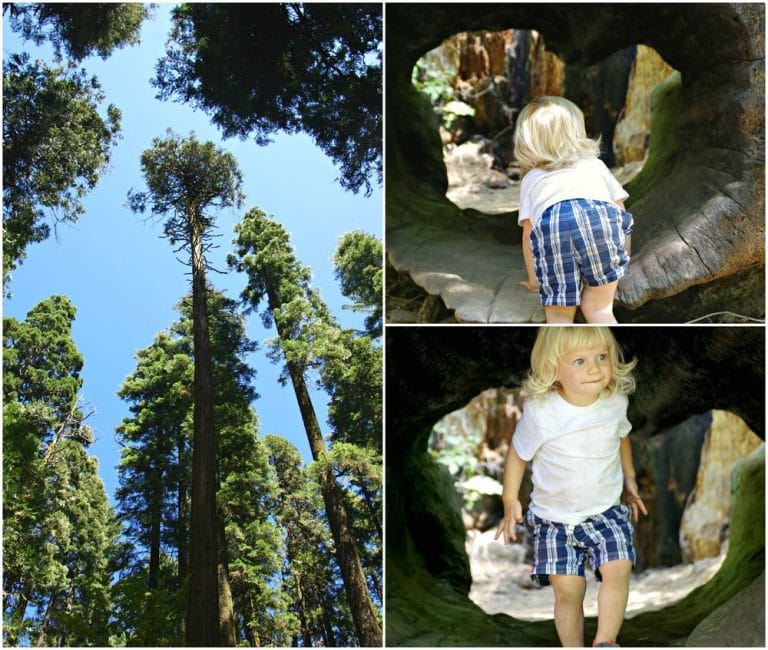 After we finished the loop and made it back to the car, we followed signs that took us to the river.  Hoping to wash the layers and layers of dirt that had taken residence of my child, we decided the 5 minute detour was worth it.  After all, he would not be getting a bath or shower before bed.  The little piece of river we found was absolutely perfect and now on my list as a future day trip.  Clear water, tiny sandy beach, absolutely beautiful (and, of course, I left my camera in the car).

We ate at La Hacienda Restaurant, a tiny whole-in-the-wall mexican restaurant for dinner in Angels Camp.  You guys, this place was good. The review on Yelp are a bit harsh, in my opinion.  All three of us had a pleasant experience and enjoyed our meal (plus, it was cheap! win win!). 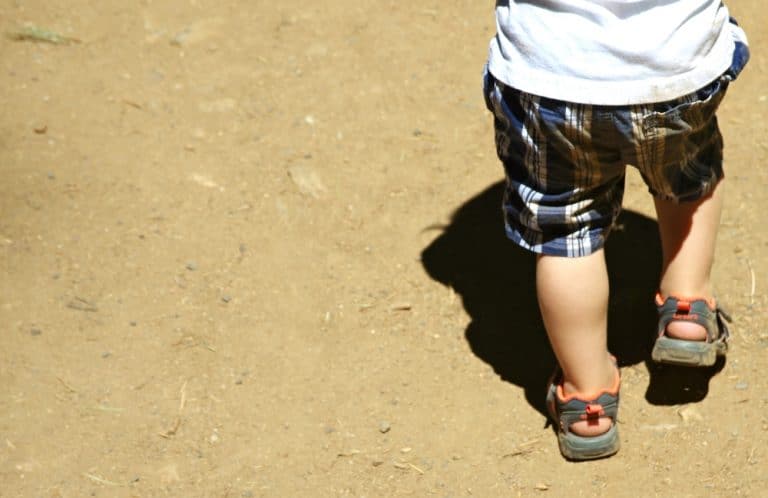 Overall, the day was a success, and for that, I am so thankful.  We all know trips (no matter how big or small) are always an adventure when you have a toddler in tow.